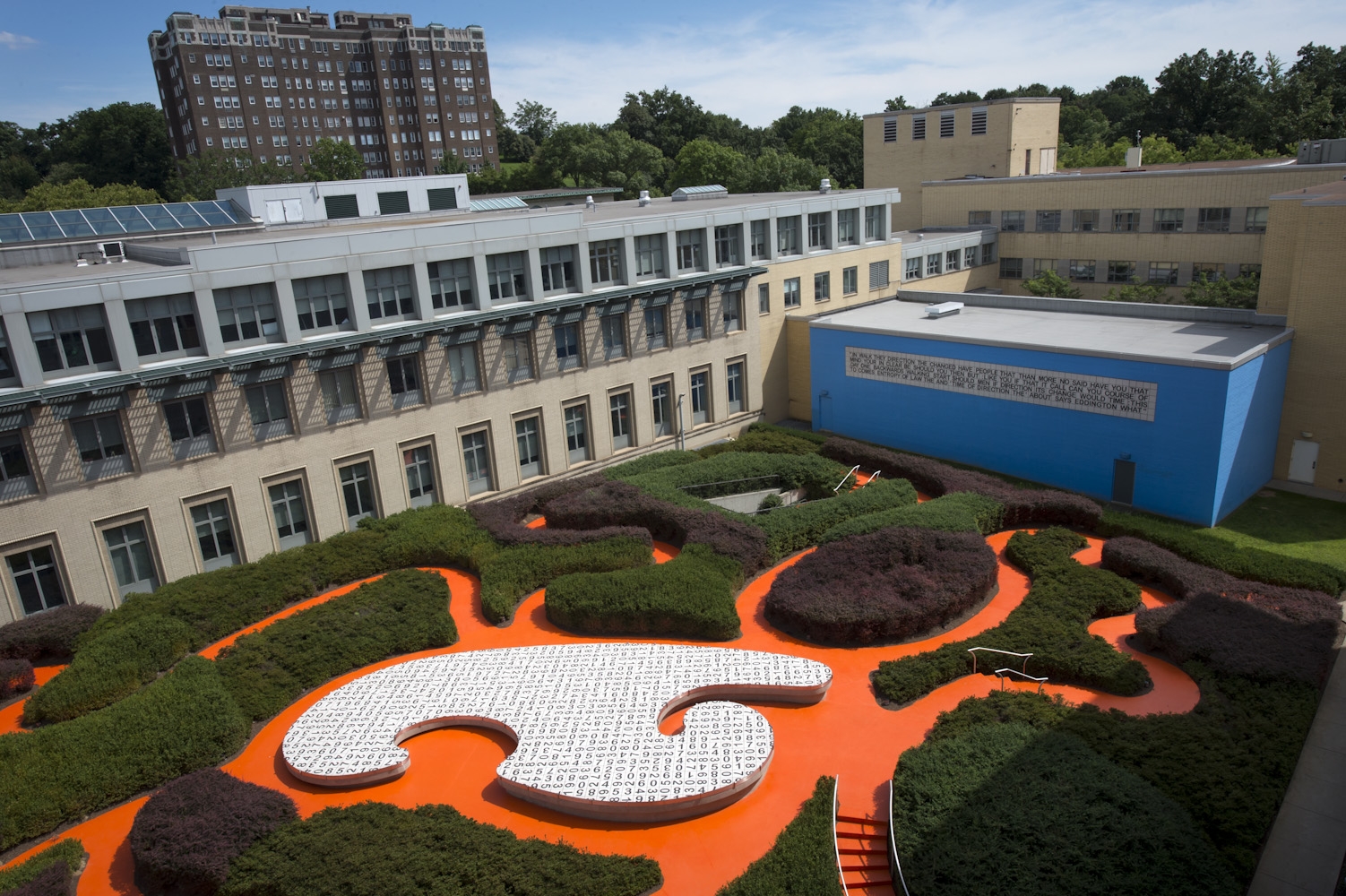 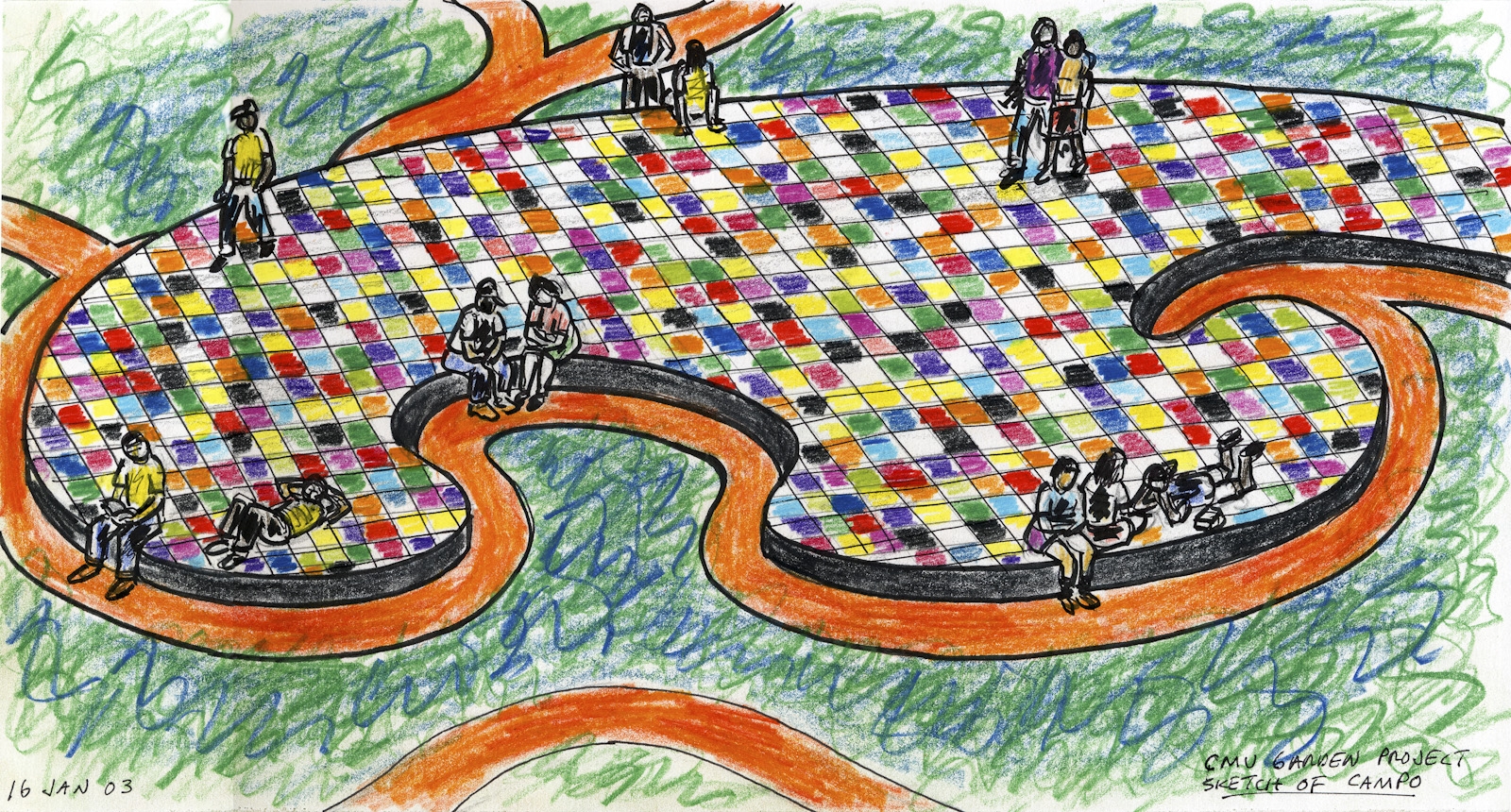 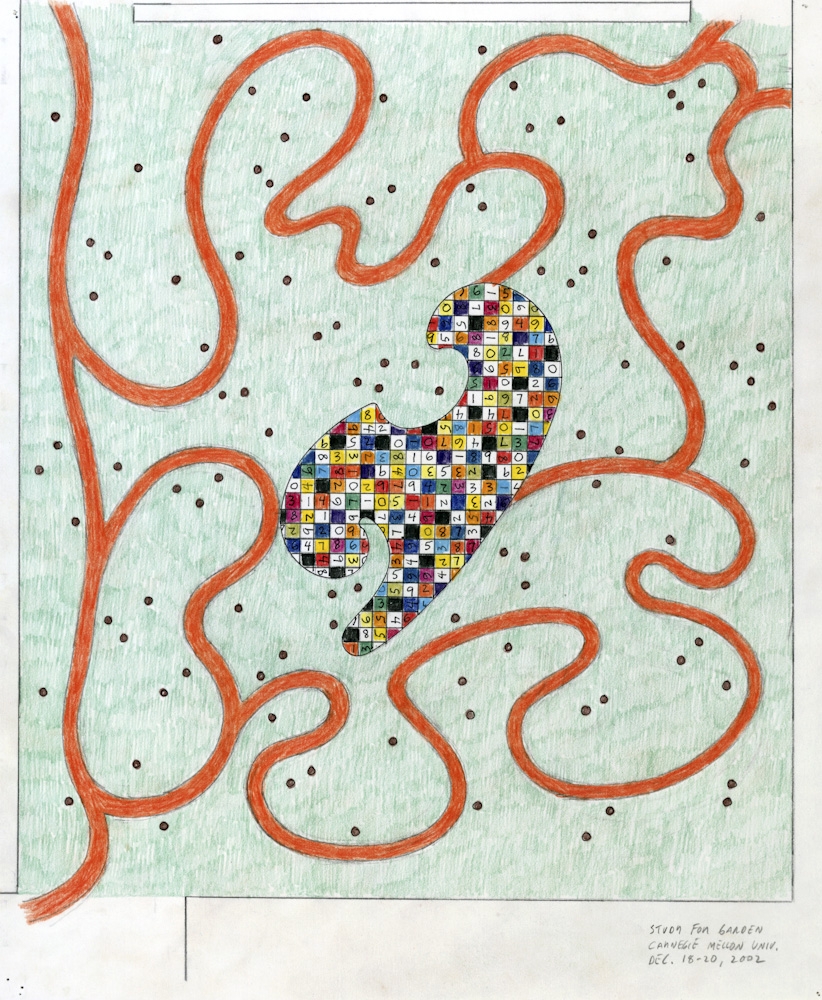 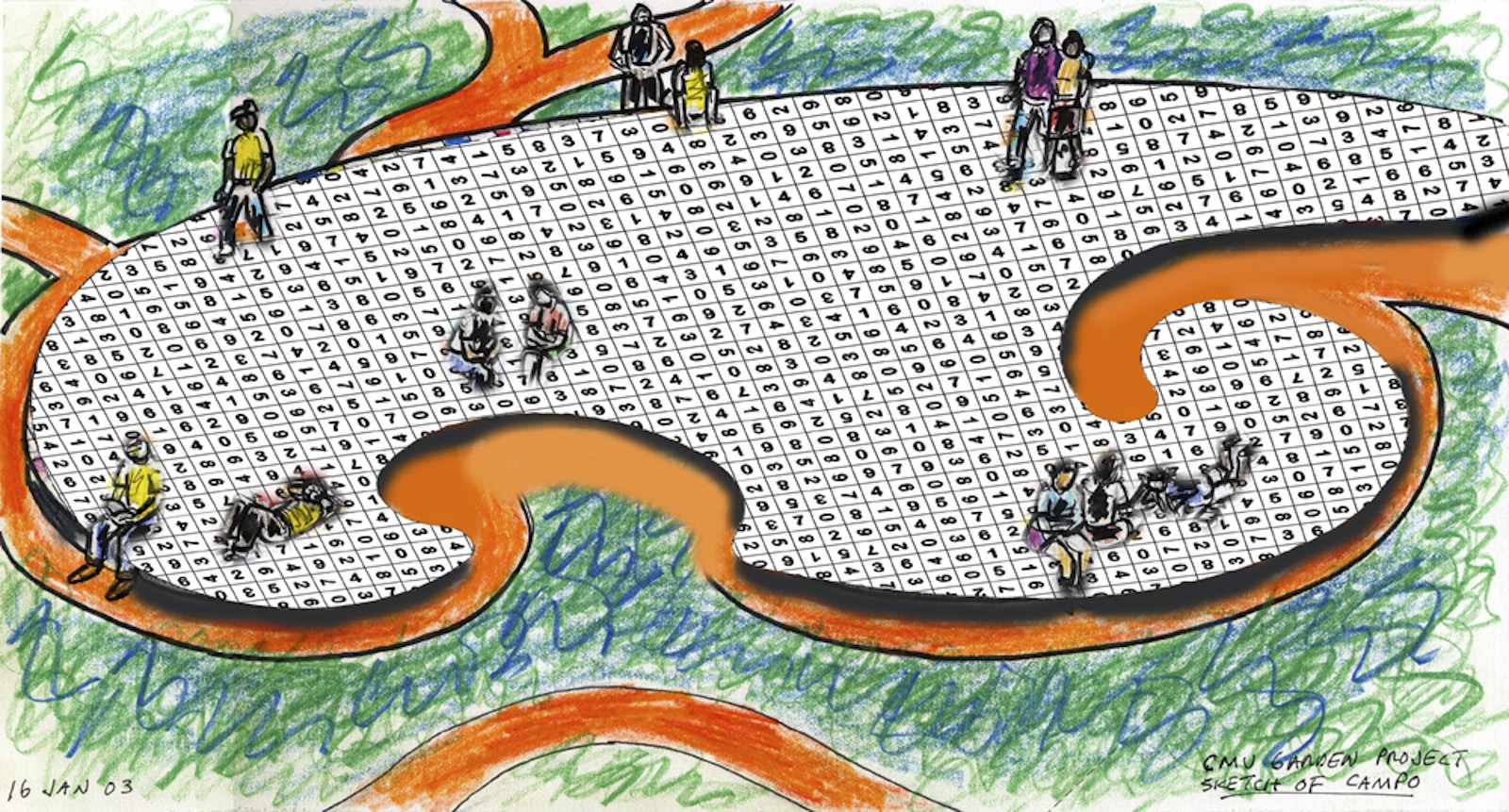 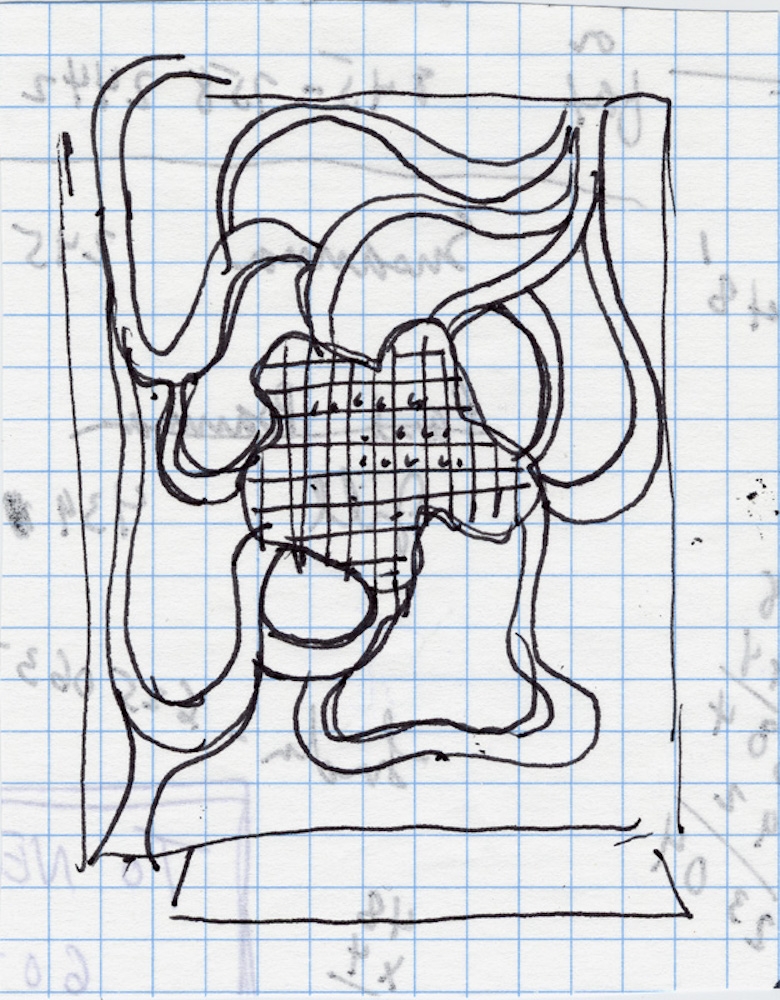 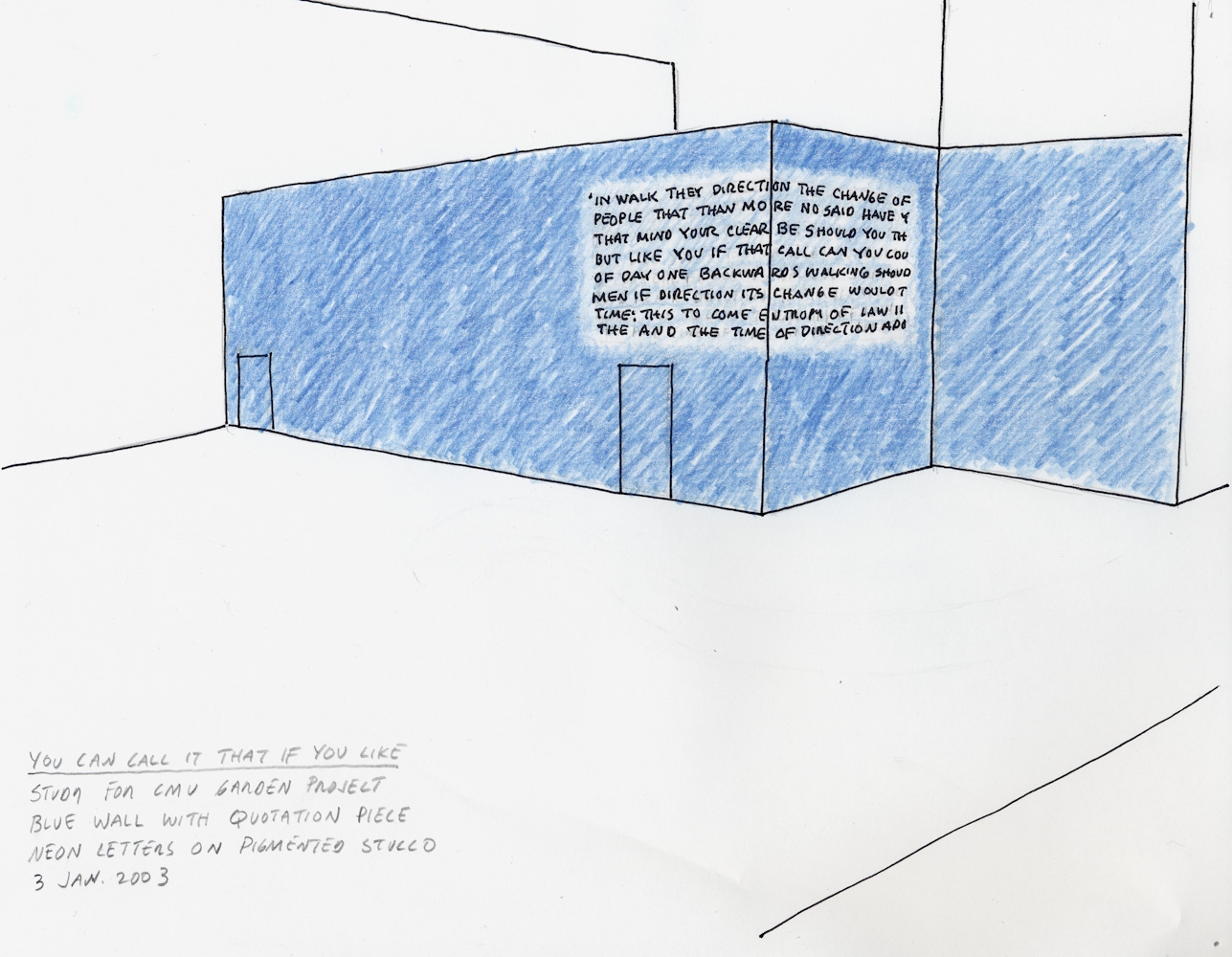 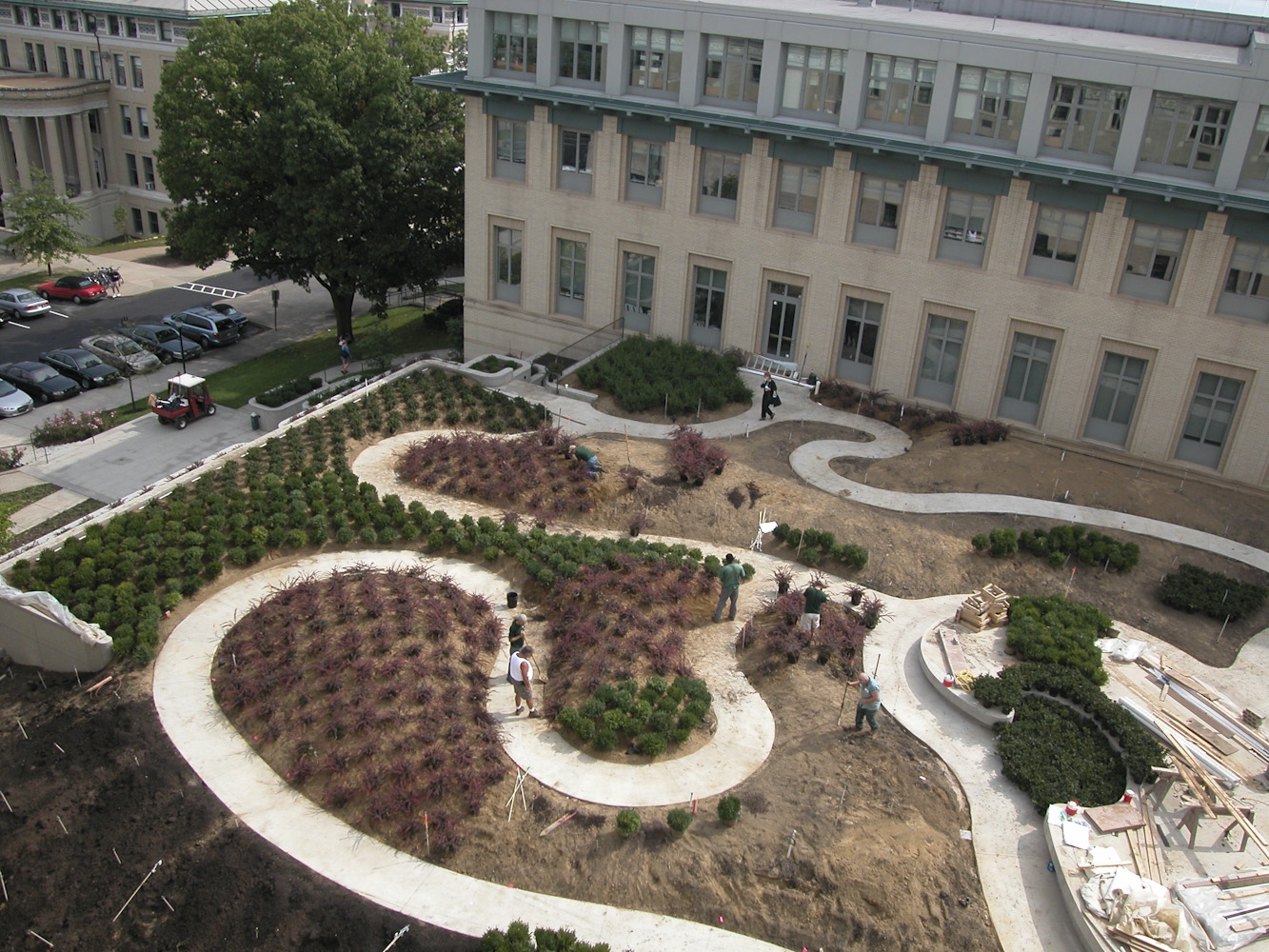 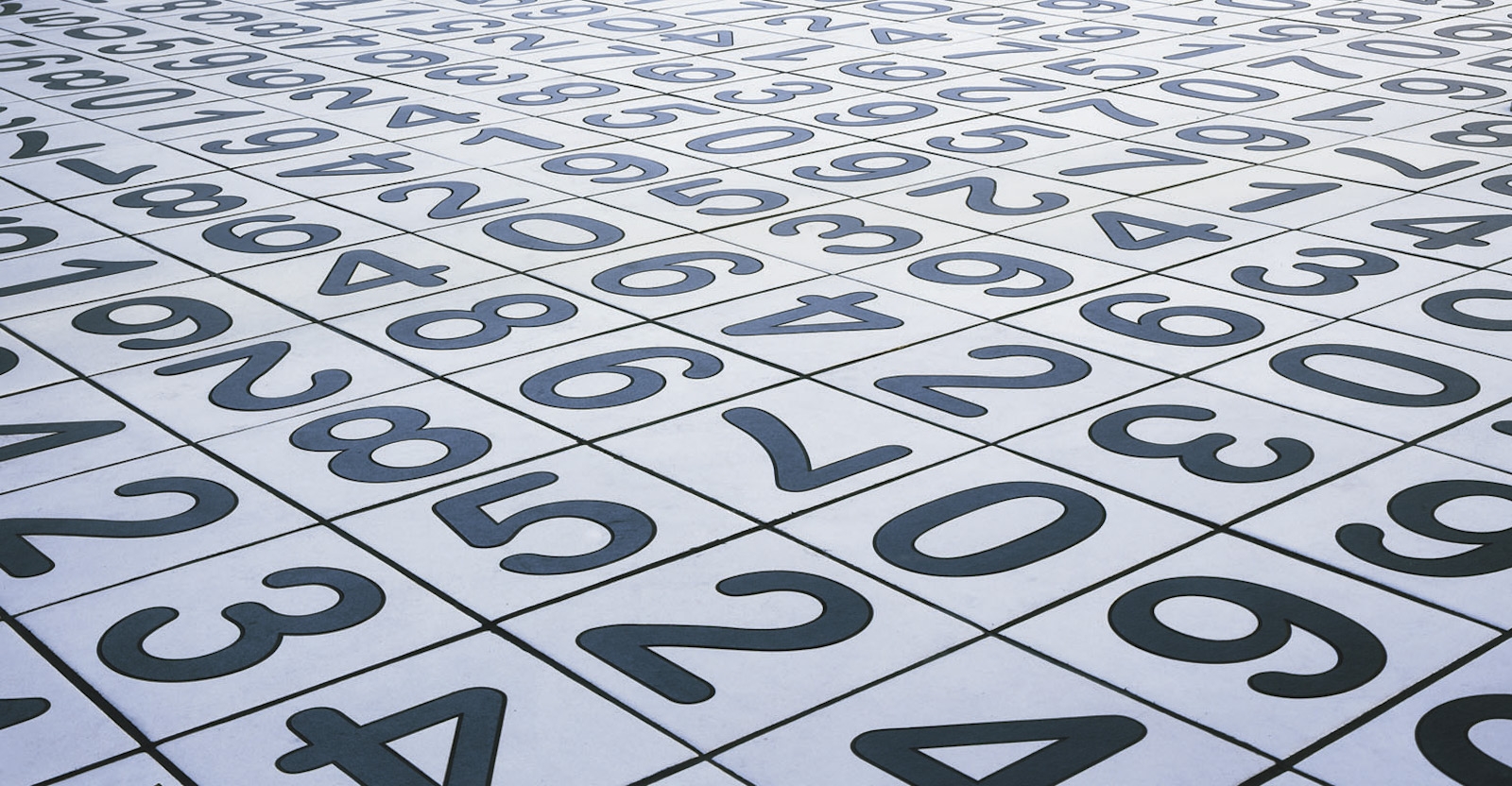 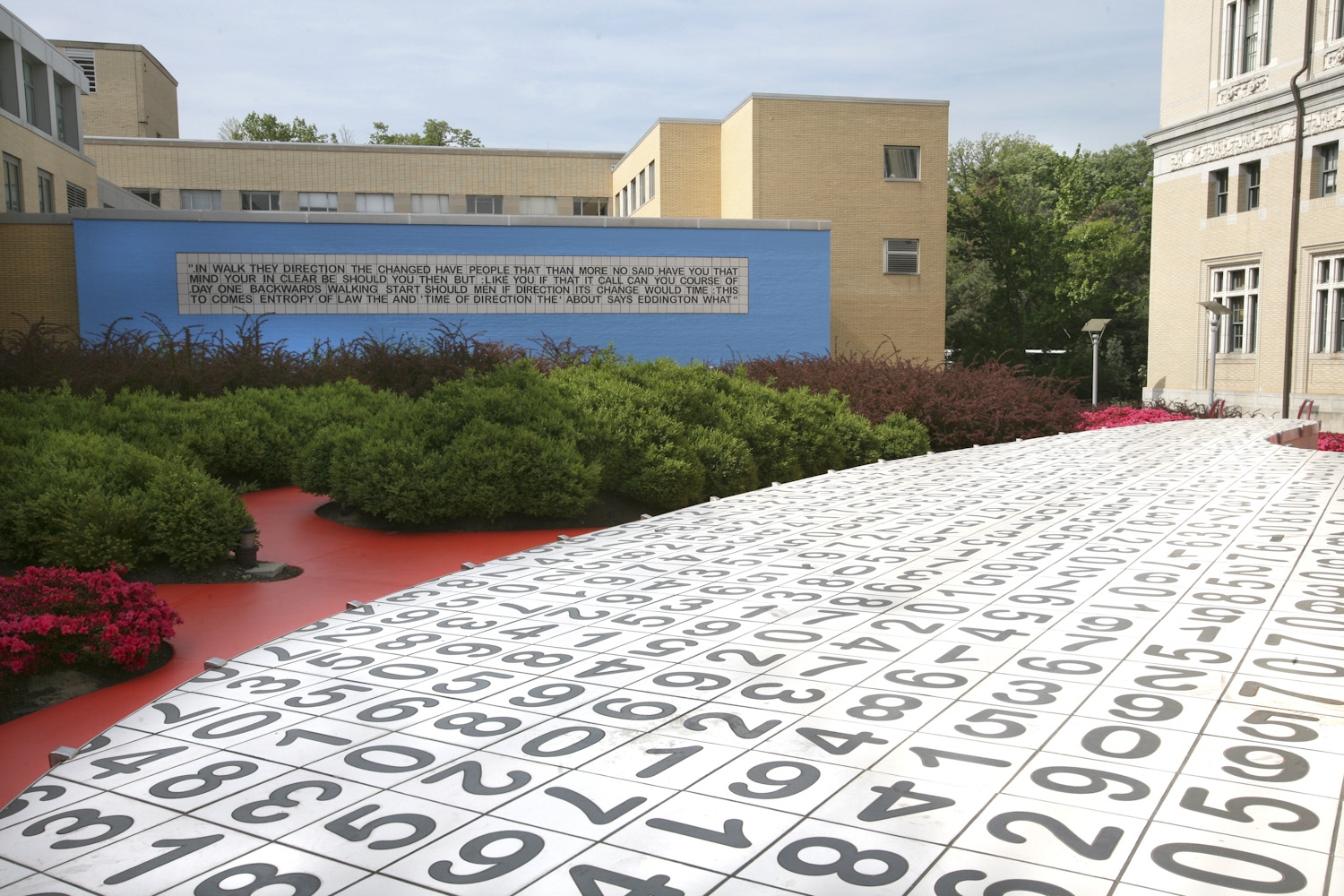 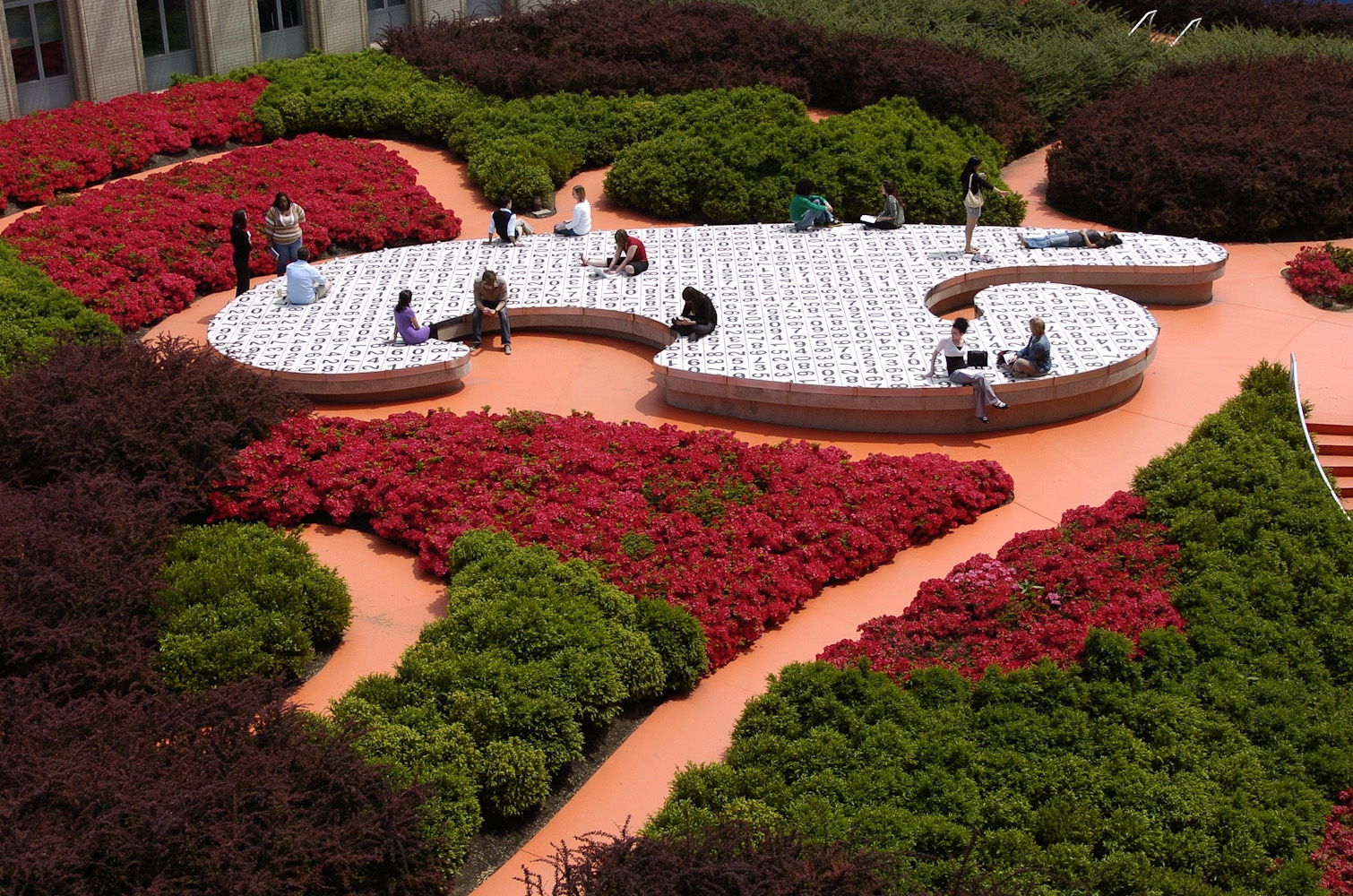 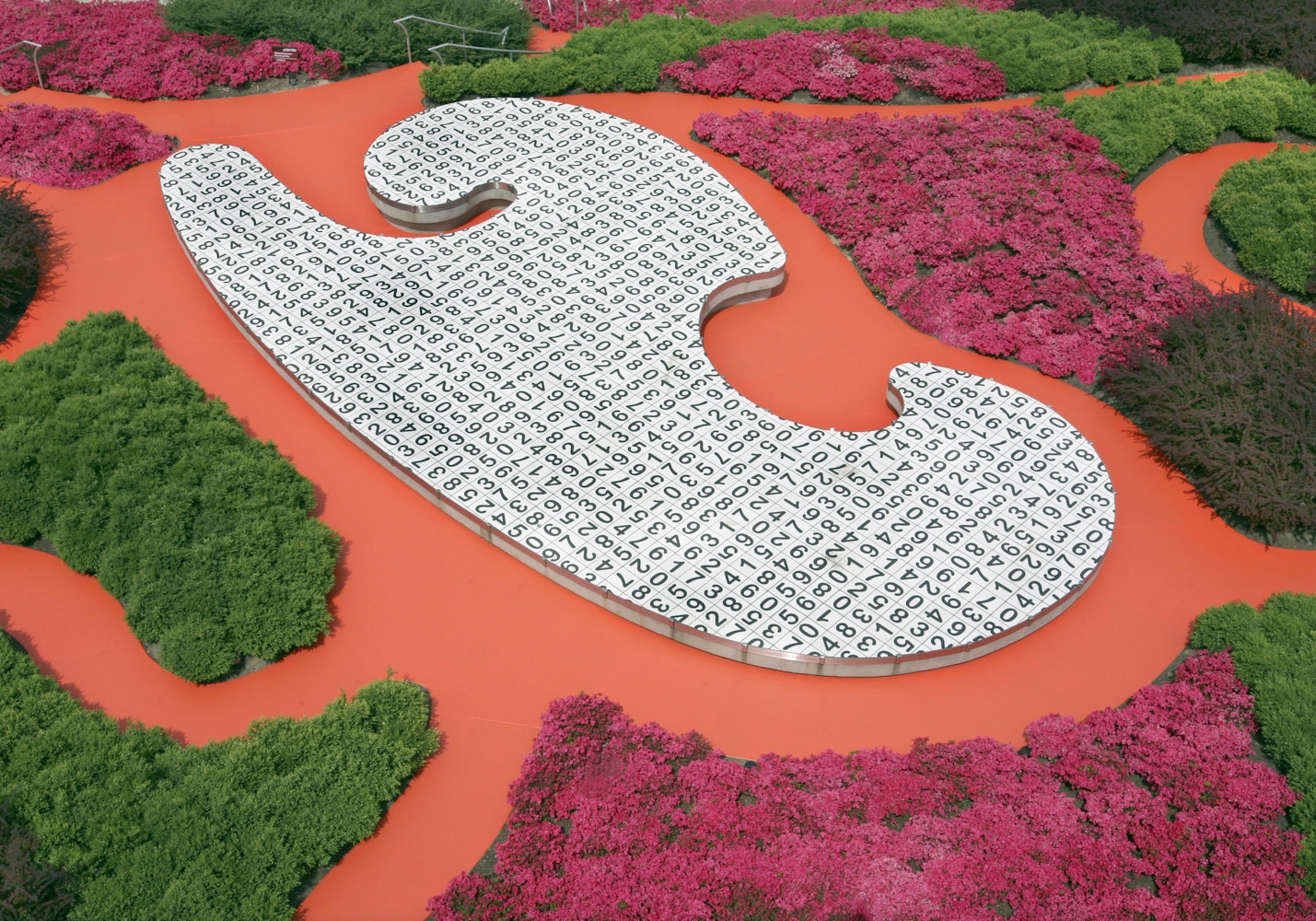 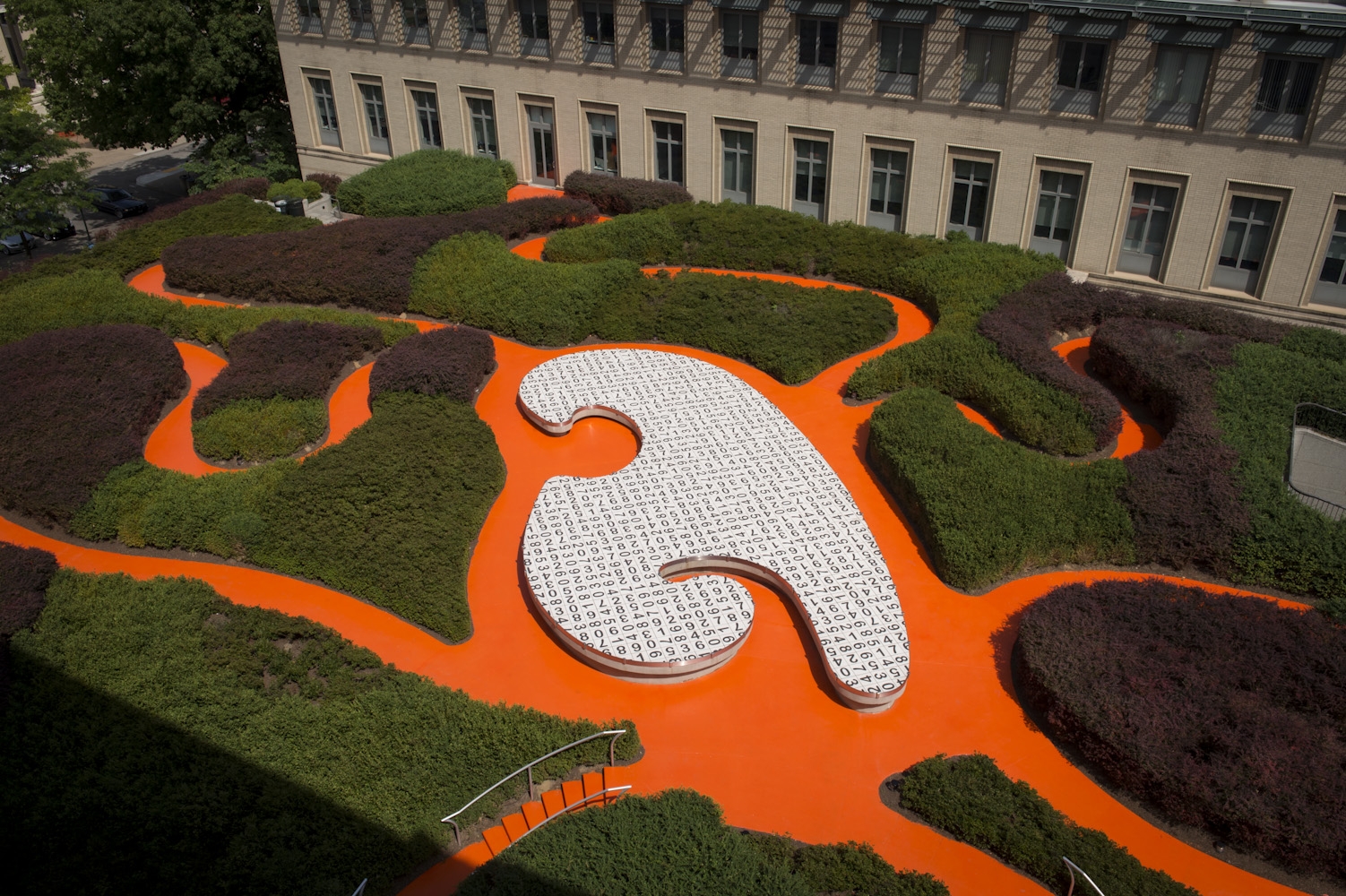 Commissioned by university trustee Jill Gansman Kraus (A’74) and Peter Kraus of New York City, the Kraus Campo is a unique gathering place symbolic of Carnegie Mellon’s multidisciplinary culture, and the first project in the university’s plan to integrate campus life with the contemporary artwork of its renowned alumni.


Located on the roof of the new Posner Center between the College of Fine Arts and the Tepper School of Business, the Campo, designed and created by artist Mel Bochner (A’62) and landscape architect Michael Van Valkenburgh, is an integrated work combining art and landscape design. Rare among projects of this kind, it challenges the very definition of a garden: it is both garden-as-sculpture and sculpture-as-garden.


“The original inspiration came from the Greek agora, an open marketplace where teachers of different philosophies held classes side by side, and where students could listen to their teachers debate, all while walking along,” wrote Bochner in an op-ed piece for The Tartan. “I imagined a place where walking and getting lost in conversation could become an active, rather than a passive pleasure; a place to meet friends and colleagues, or encounter strangers from other disciplines—a literal marketplace of ideas.”


At the heart of the garden sits the Campo, a 25 by 60 by 3-foot, tile-covered sculptural platform based on the shape of a French curve, a tool common to artists, architects and engineers. Black numbers imbedded in white tiles that cover the platform are indicative of the numerical sequencing patterns in much of Bochner's art.


Bright orange pathways swing out from the center platform winding through drifting mounds of evergreen boxwoods, brightly flowered azaleas and semi-dwarf red level Japanese barberry. The designers chose these plantings for their visual qualities, hardiness and compatibility with the four seasons of western Pennsylvania. The composition of the plantings provides a counterpoint of colors and shapes that offer a different character in each of the four seasons.


“Our concept behind the paths was to choreograph the experience of a long walk in a small space,” wrote Bochner. “The meandering paths, rising and falling as they curve between the undulating mounds, heighten one’s awareness of one’s constantly changing orientation to the site, all while giving the surreal sensation of stepping into orangeness.”


The garden also includes a 6 by 58-foot-long, tiled quotation on the Posner Hall wall from philosopher Ludwig Wittgenstein. The words of the quotation have been transcribed in reverse order.


“IN WALK THEY DIRECTION THE CHANGED HAVE PEOPLE THAT THAN MORE NO SAID HAVE YOU THAT MIND YOUR IN CLEAR BE SHOULD YOU THEN BUT :LIKE YOU IF THAT IT CALL CAN YOU COURSE OF .DAY ONE BACKWARDS WALKING START SHOULD MEN IF DIRECTION ITS CHANGE WOULD TIME :THIS TO COMES ENTROPY OF LAW THE AND 'TIME OF DIRECTION THE ABOUT SAYS EDDINGTON WHAT”


“The idea was to provide a text, like a caption, to accompany the garden, but one that critiques the very idea of those ‘elevated sentiments’ engraved on institutional facades around the world. The quotation, when deciphered, reveals itself as a metaphor for the garden as a labyrinth,” Bochner explained.