Singer Notes is an important work by American artist Mel Bochner yet strangely it remains little-known. While encapsulating the germination of ideas which later proved to be fundamental in Bochner’s extremely influential work since the late 1960's, the Singer Notes have been generally unknown.


In 1968, Bochner replied to an open call organised by the already renowned “Experiments in Art and Technology” program. (Robert Rauschenberg and Billy Klüver initiated E.A.T. in 1966, when scientific optimism within American culture was at its climax.) Bochner was selected to partake in a residency at the Singer Laboratories in New Jersey. Between September and December 1968, he was to visit the labs three times a week. The Singer Notes are made up of notes and drawings which resulted from the conversations he held with scientists and engineers there.


Although, in his application letter, the artist expressed his interest in a computerised “numerical photographic translation”, the residency actually consisted mainly of conversations and dialogical speculation. It was inspiring and instructive but Bochner remained sceptical with regards to the scientists’ positivist predicates. The Singer Notes, which were the primary outcome of such conversations, tackle several themes: how do scientists translate their research into more concrete applications? how do they design experiments? the nature of colour as a type of energy; the fundamental differences between the analog and the digital; how do scientists (and in a broader sense, people) know what they know?


It was in this context that Bochner furthered his interest for intellectual research that he had developed as of 1964, while studying philosophy at Northwestern University in New York, reading the theories of Wittgenstein, Sartre and Heidegger. During the residency, his lack of a preconceived plan and his strong critical view on positivism led Bochner to formulate ideas for new works, as well as for projects which were to exist only conceptually. For example, texts written in the snow with heat-sensitive ink that would only be visible at a certain temperature then would disappear; or images created purely from algorithms, with no preliminary manmade drawings. The Singer Notes end on the first utterances of certain speculations which will later become one of Bochner’s most important works, the Measurement Series.


While many of Mel Bochner’s works are included as iconic moments in the narrative of American postwar art, the Singer Notes haven’t seen the light of day for over fifty years. They have never been exhibited nor have they ever been published until now.


During a discussion with Sébastien Pluot in 2013, the artist spoke about this work. They then decided to record a further conversation as they looked through each page of notes. It is this transcription which is included in the second half of the recent Singer Notes, 1968 publication, while the first half of said publication comprises an exact copy of the Singer Notes themselves.


In the first room of the gallery, a facsimile of the original Singer Notes binder* is placed upon a pedestal, thus harking back to Bochner’s display of his historical 1966 piece entitled Working Drawings And Other Visible Things on Paper Not Necessarily Meant To Be Viewed as Art. This facsimile, published in three copies, is produced by mfc-michèle didier on the occasion of the exhibition.


In the second room, the artist installs Measurement Perimeter, this first Measurement Room, which has never been exhibited. A major work, which can be seen as the culmination of the experiments and research undertaken at Singer Labs. 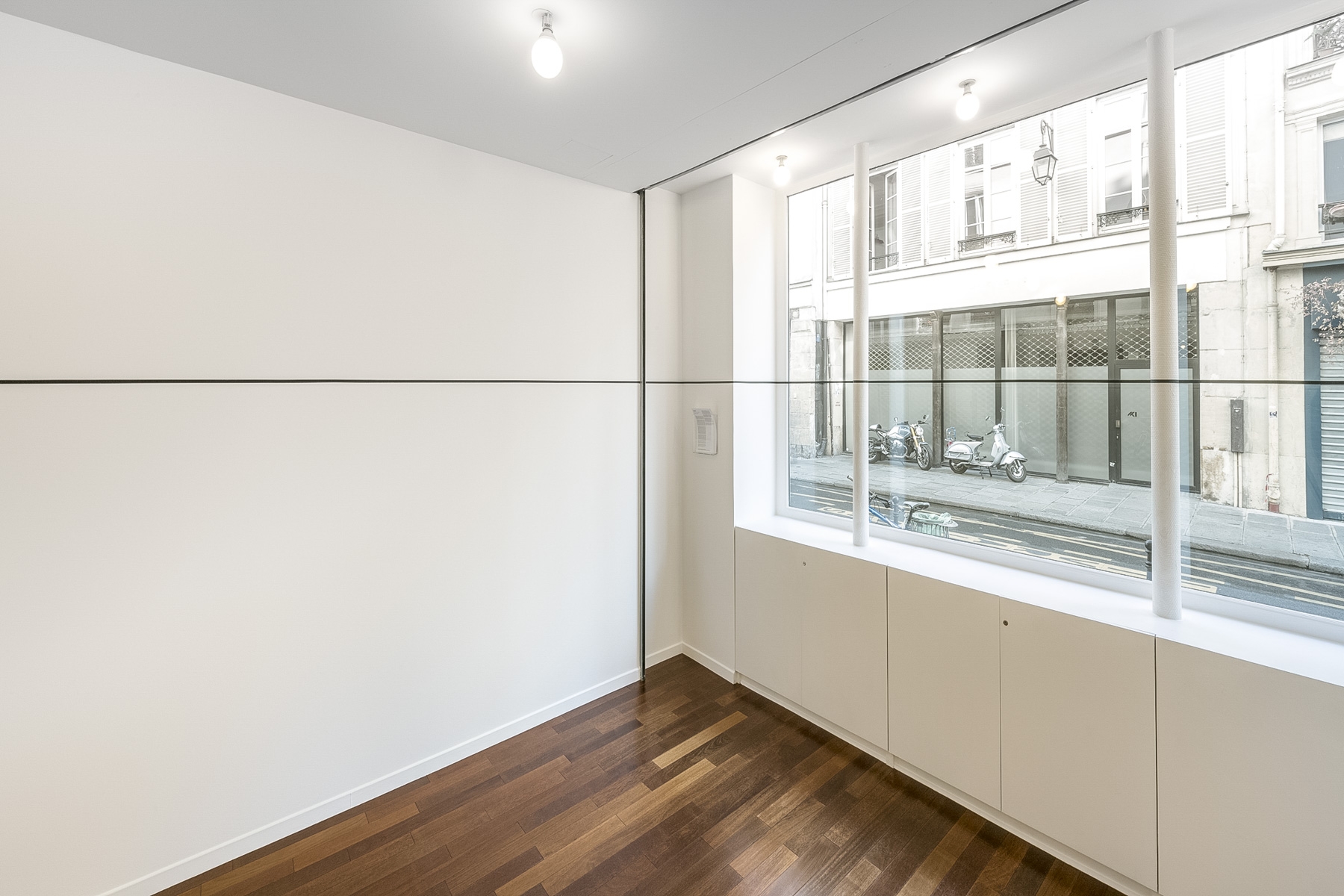 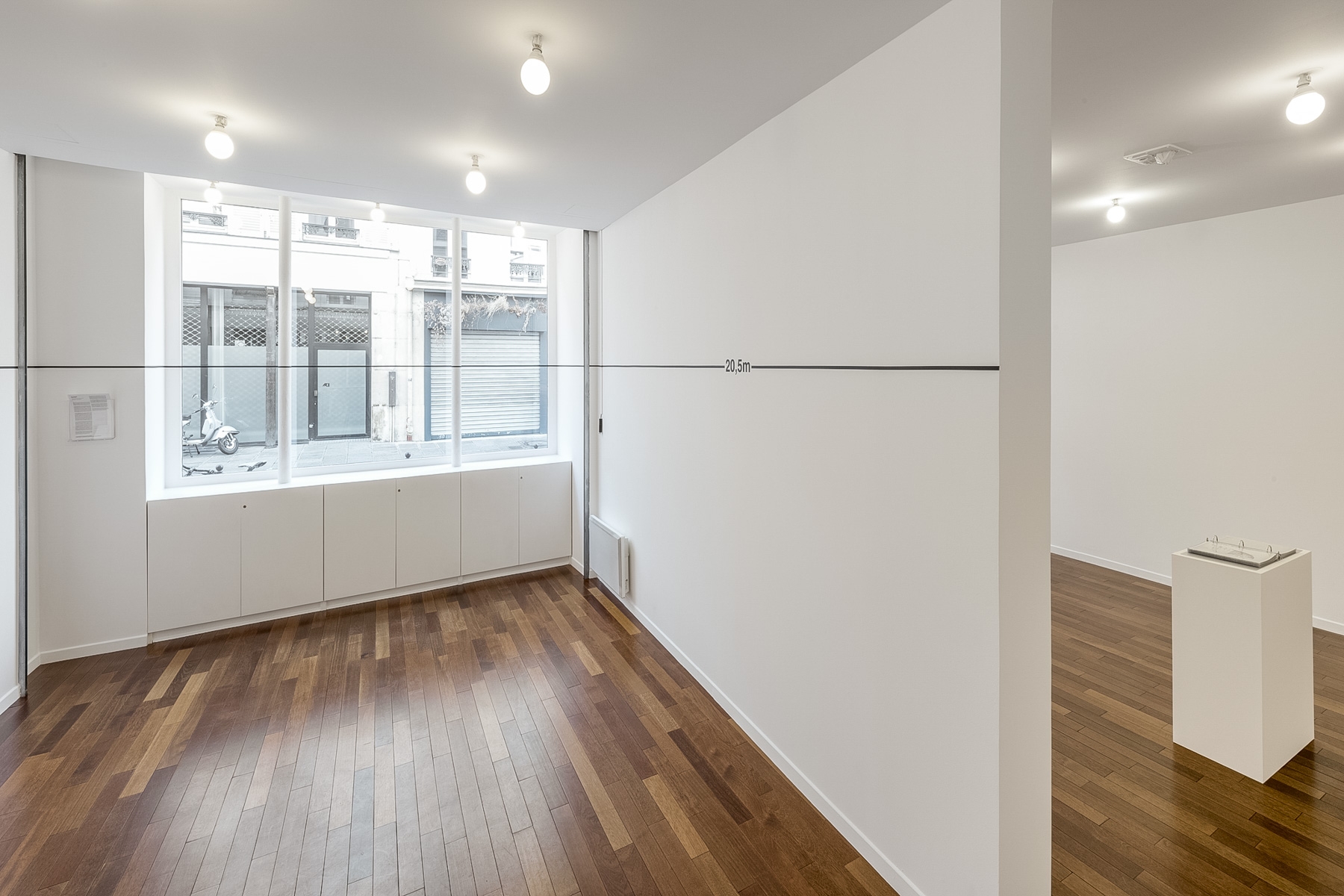