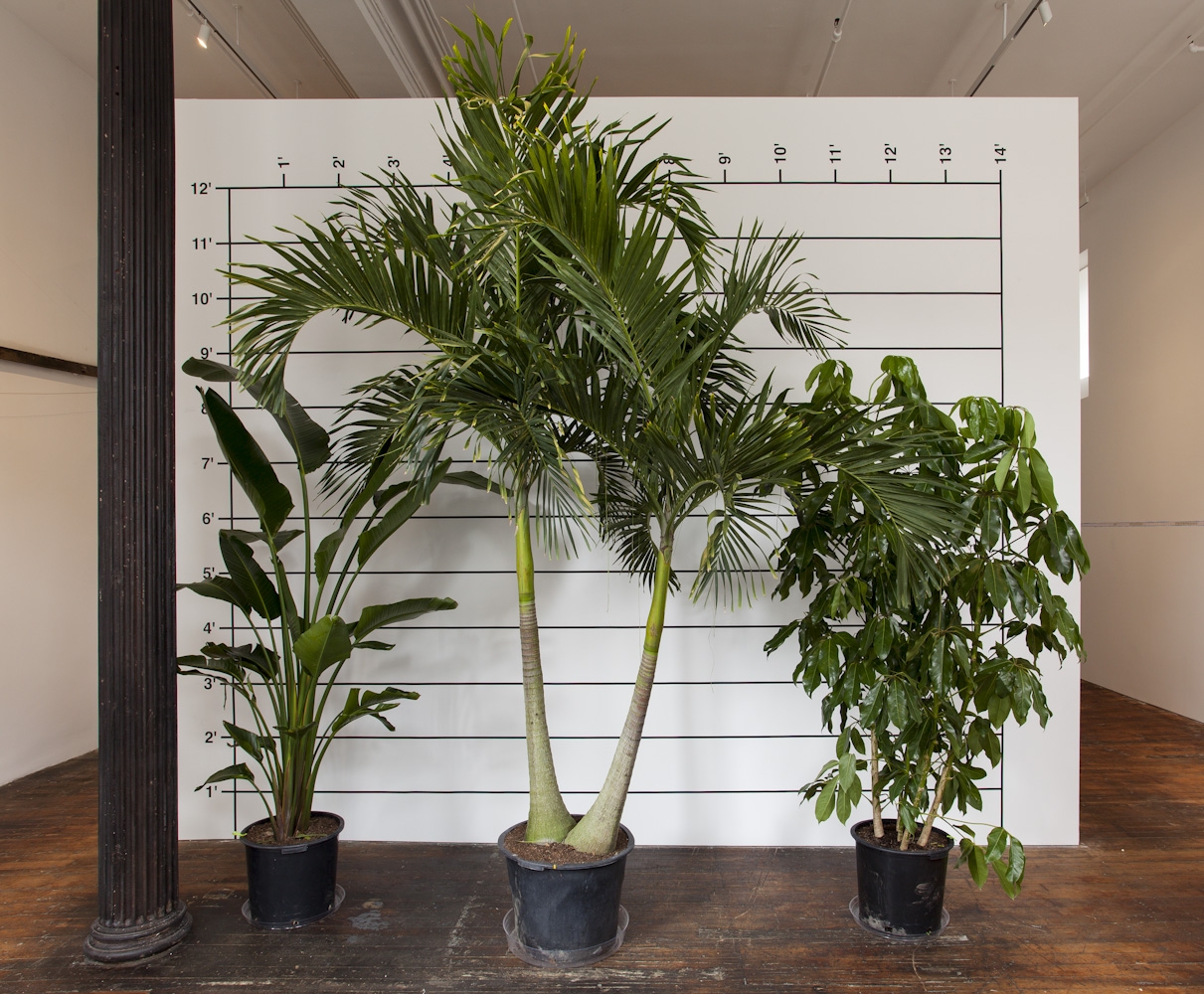 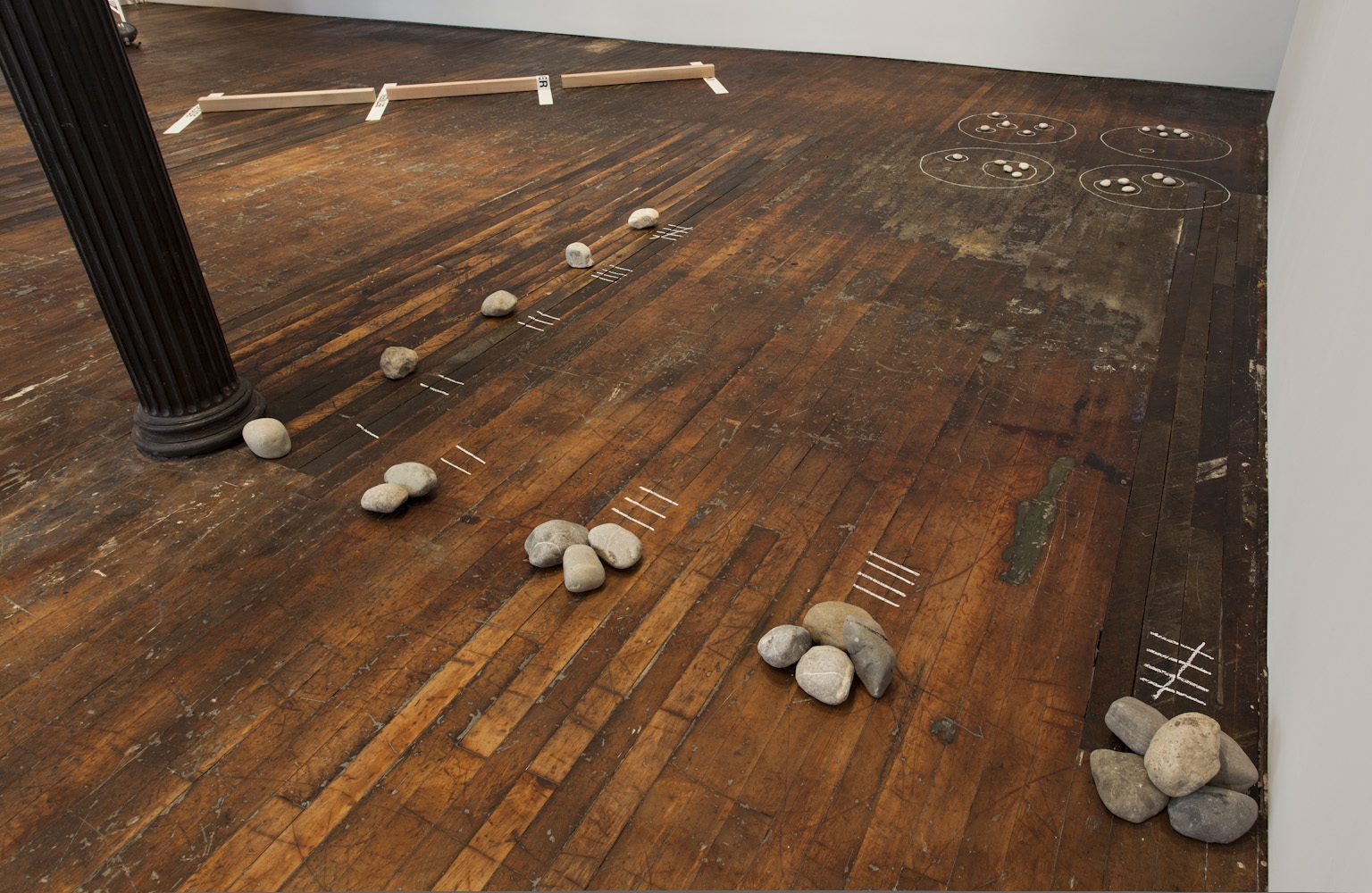 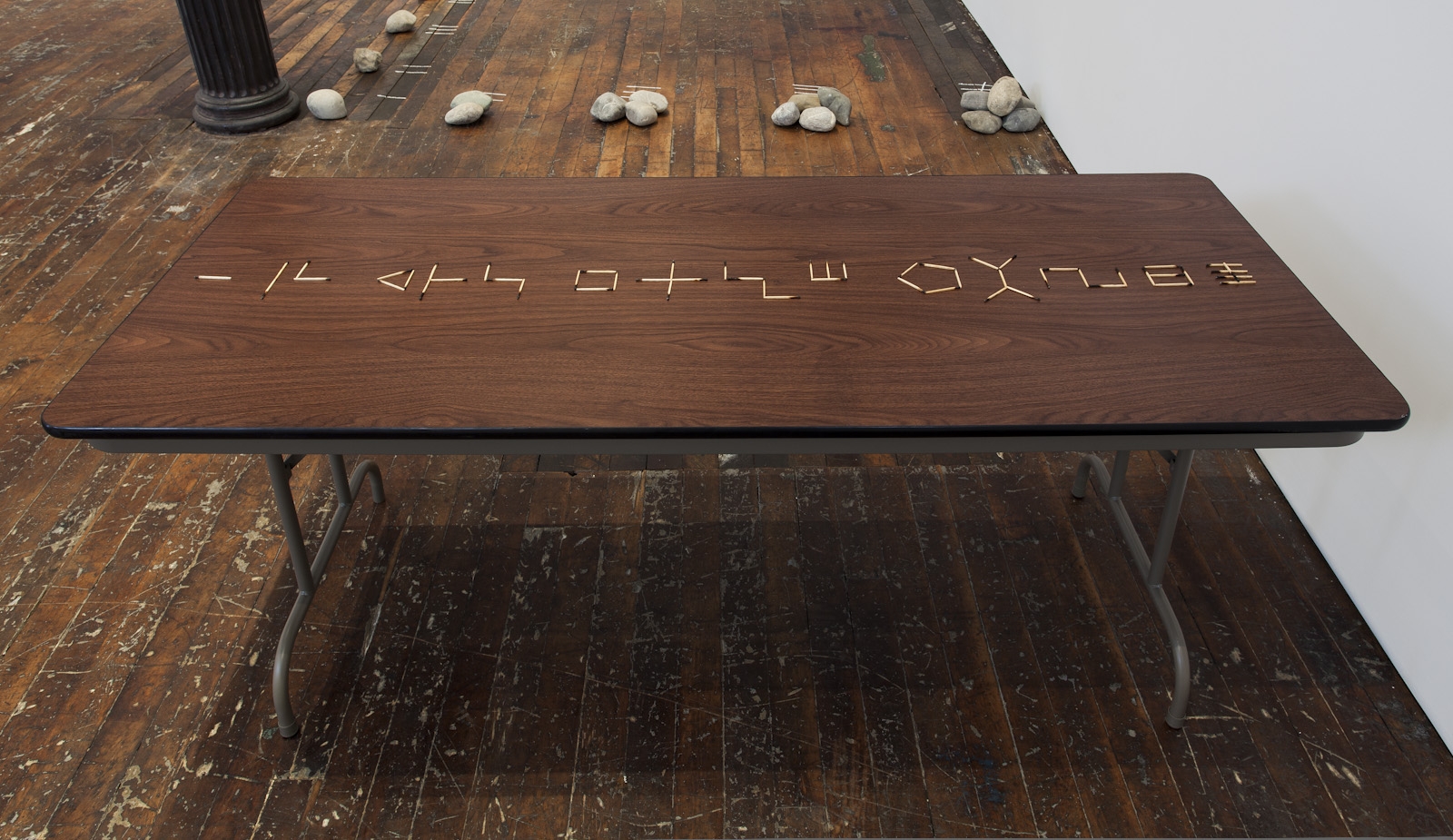 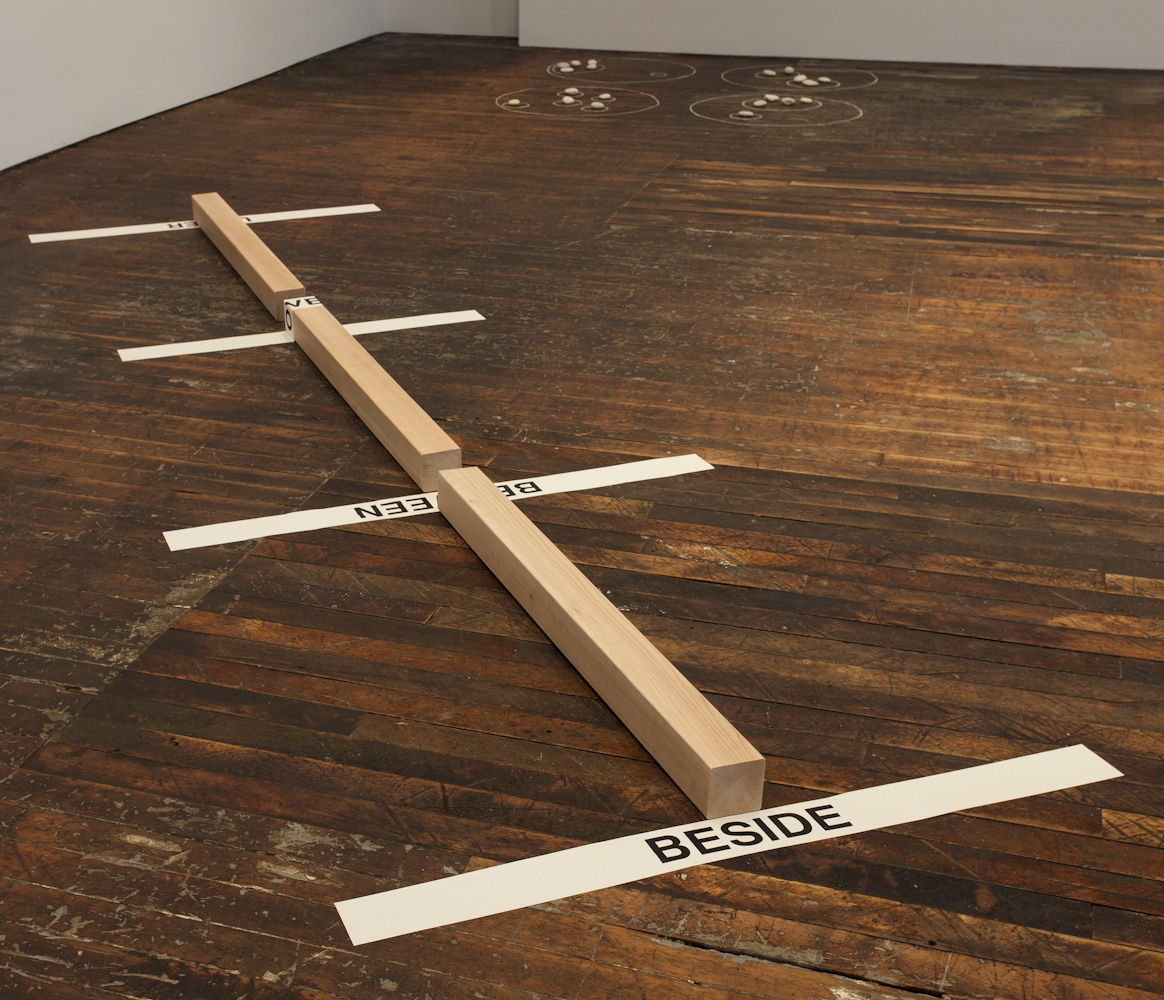 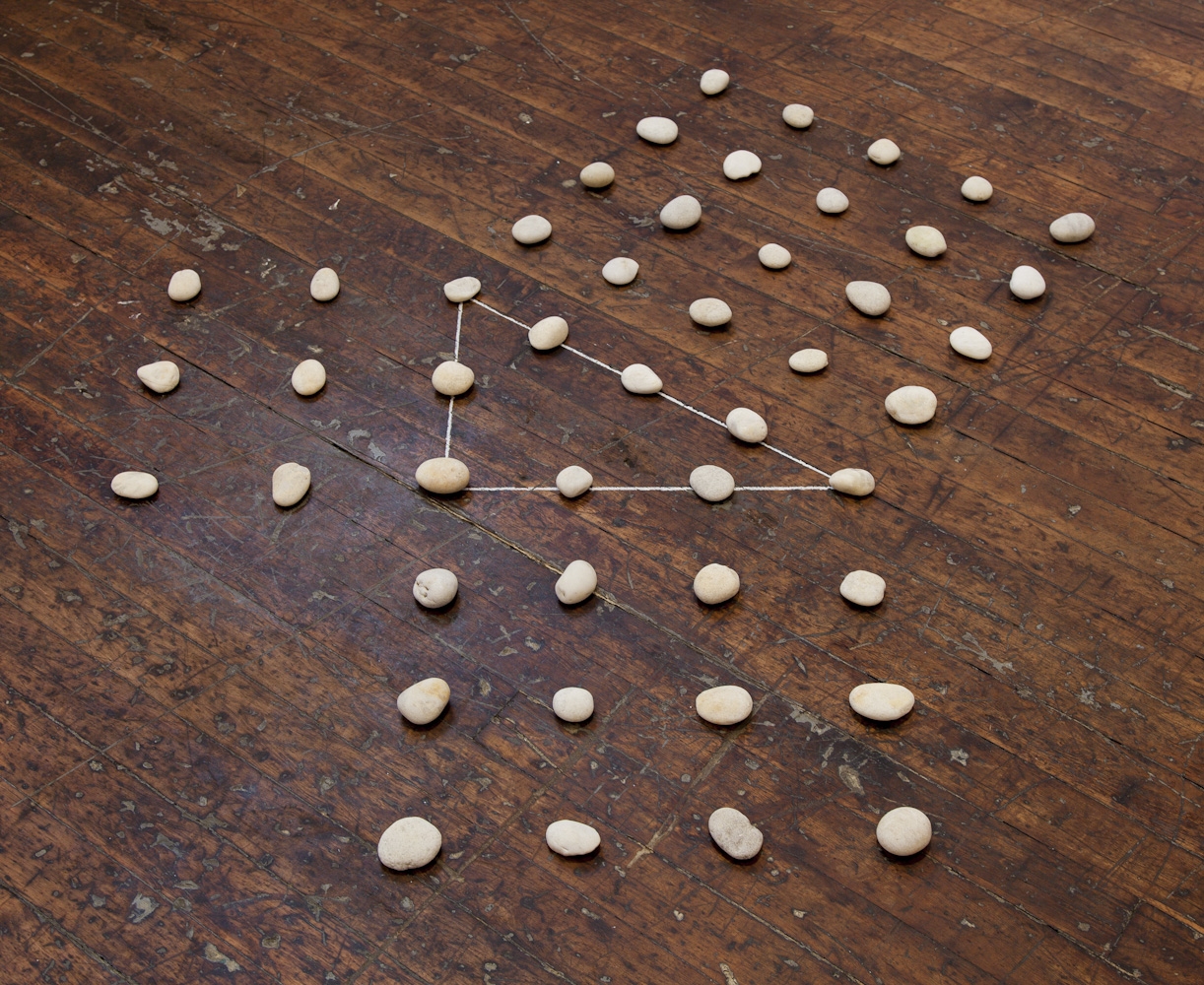 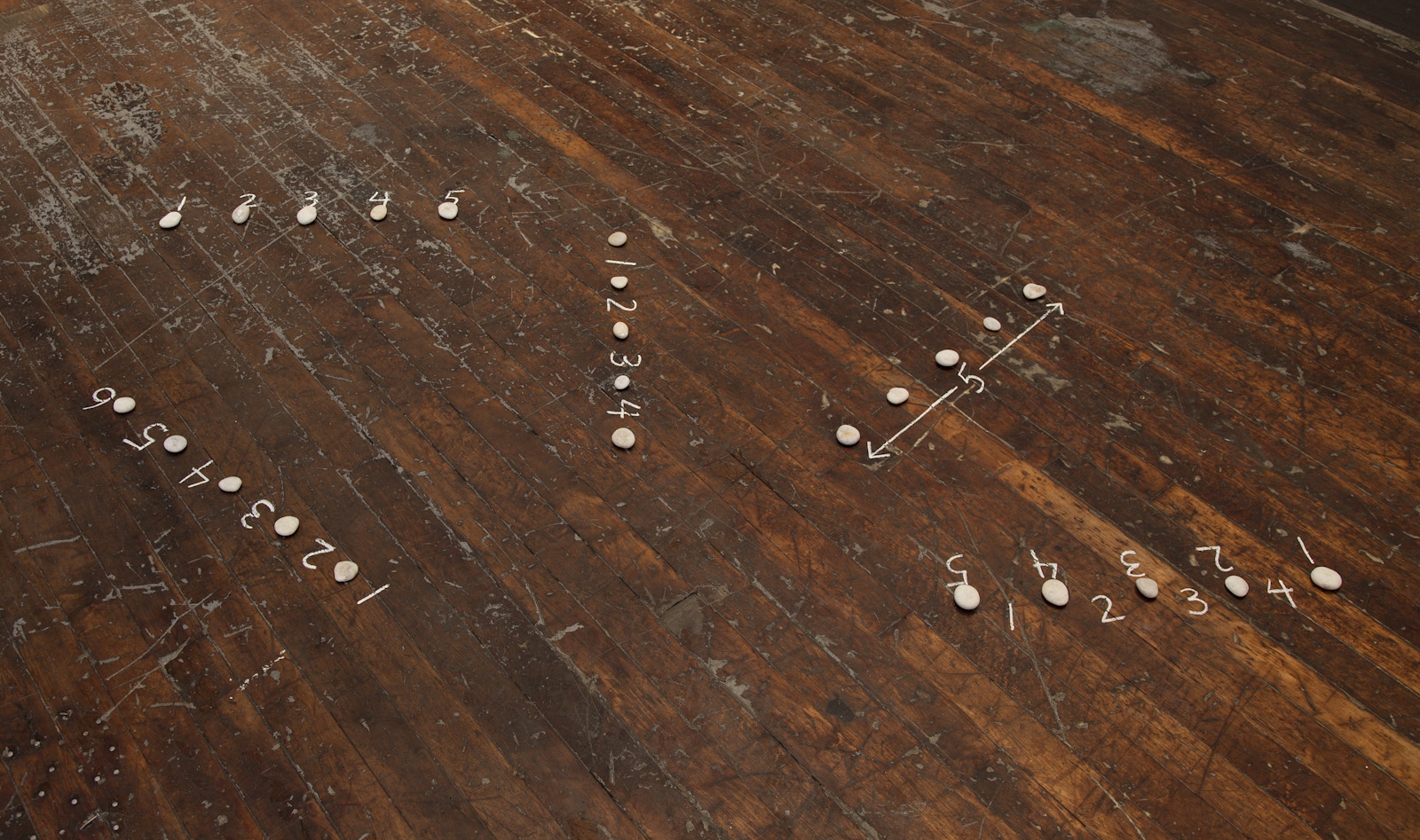 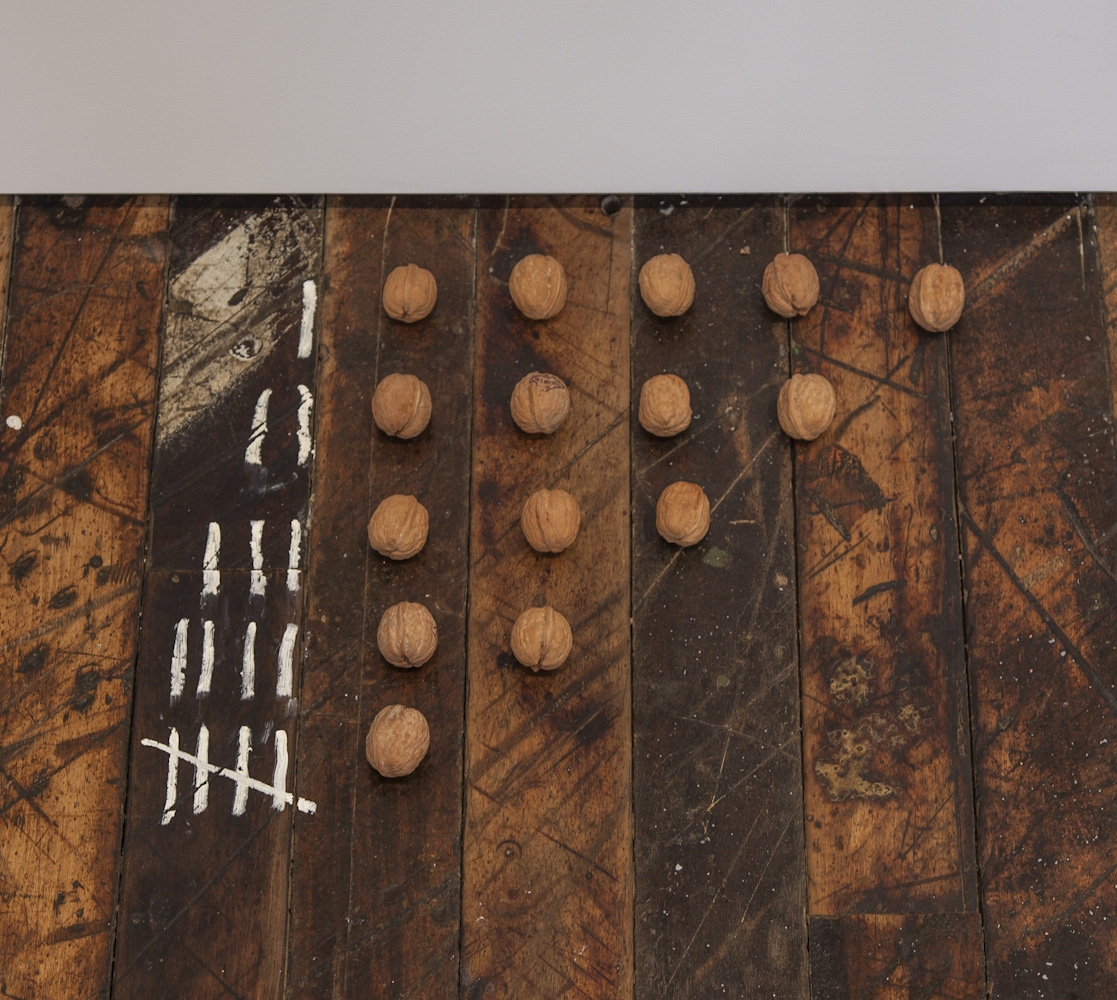 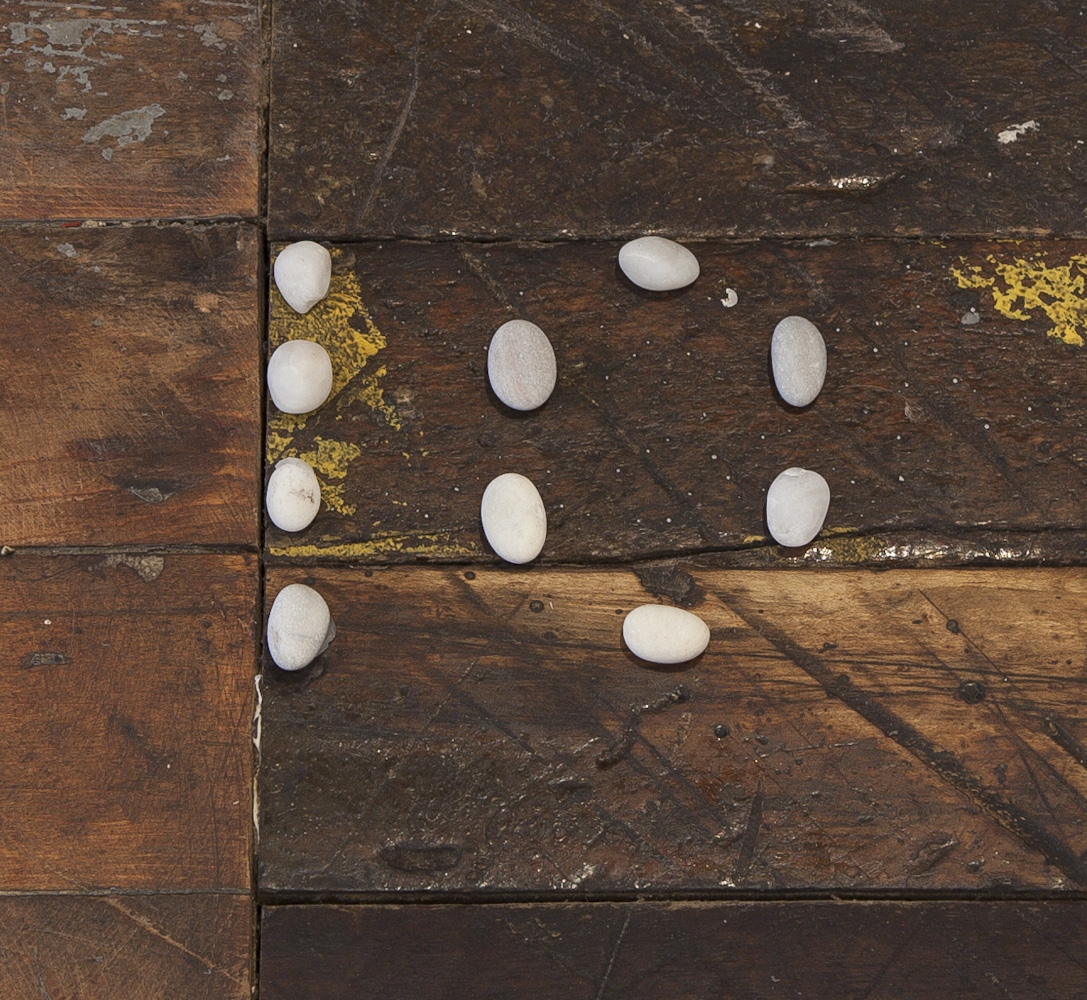 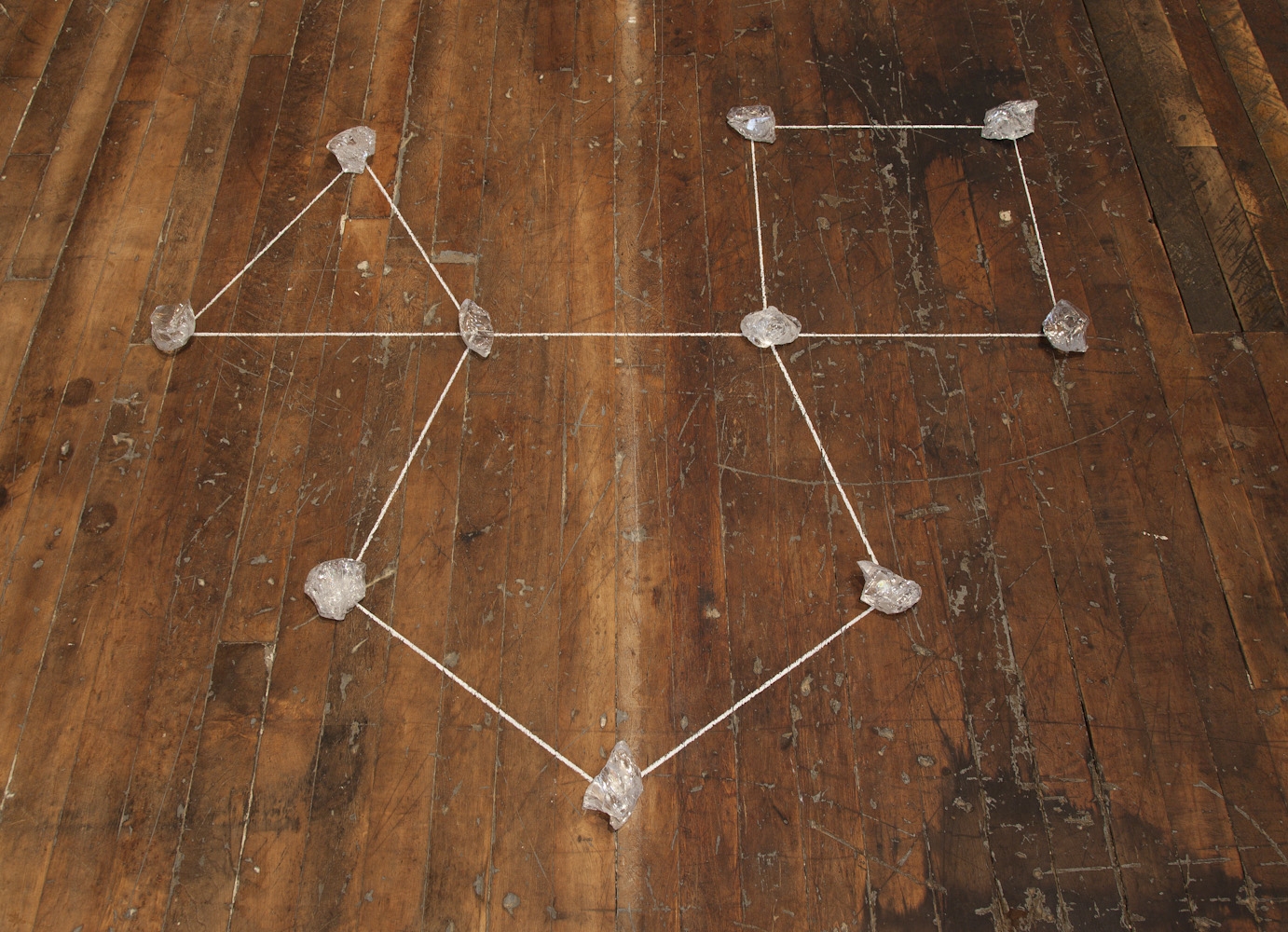 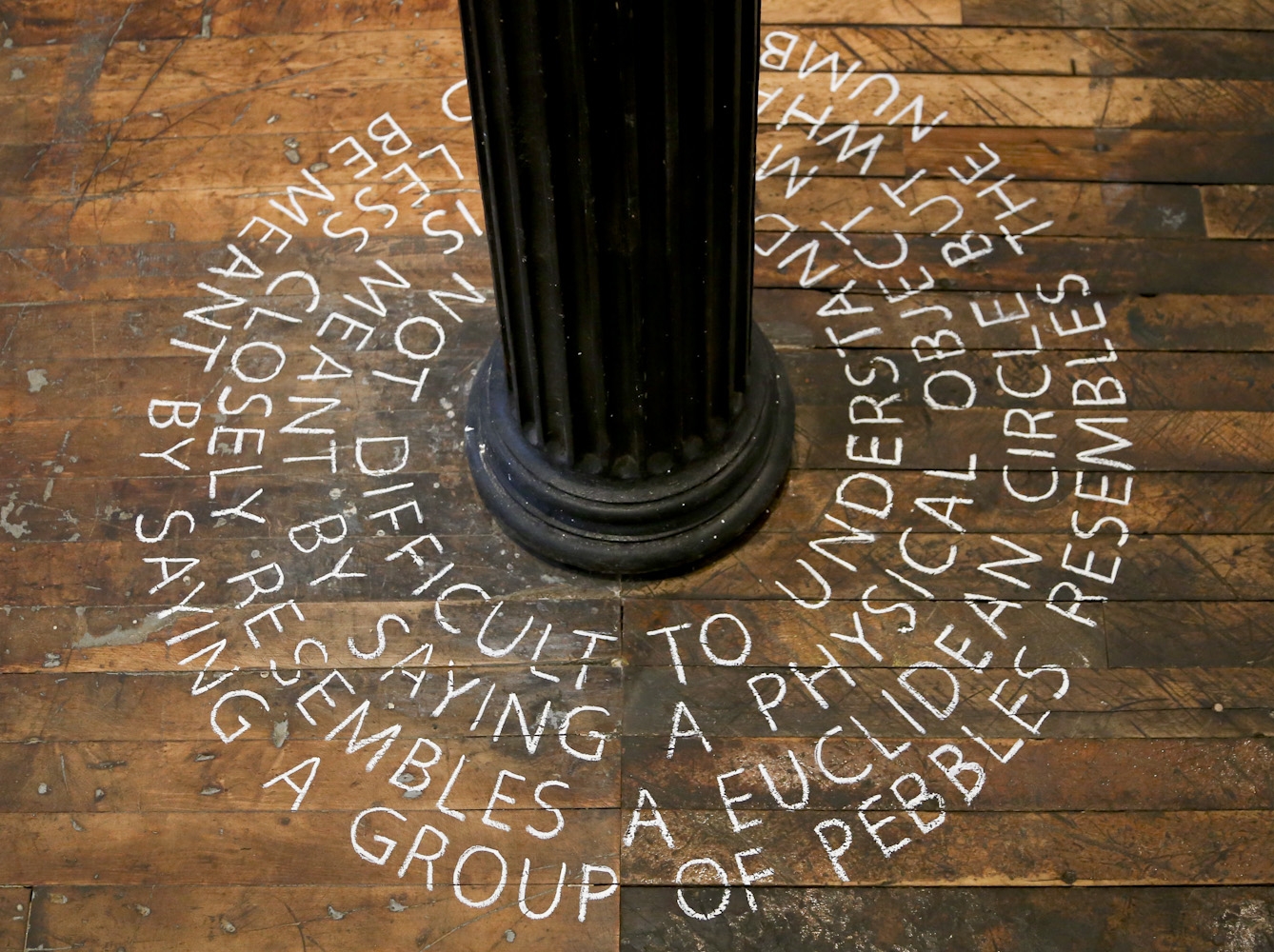 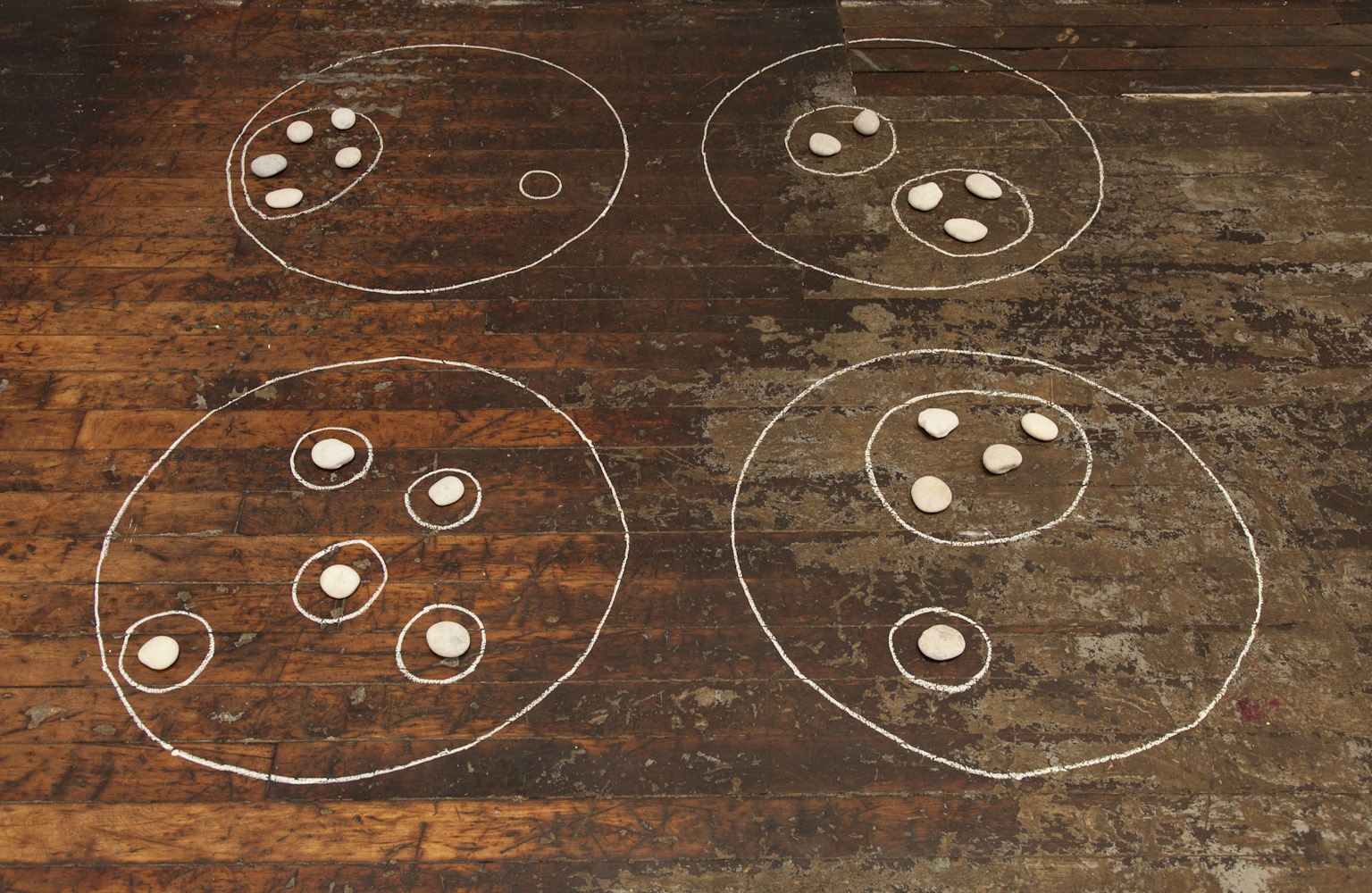 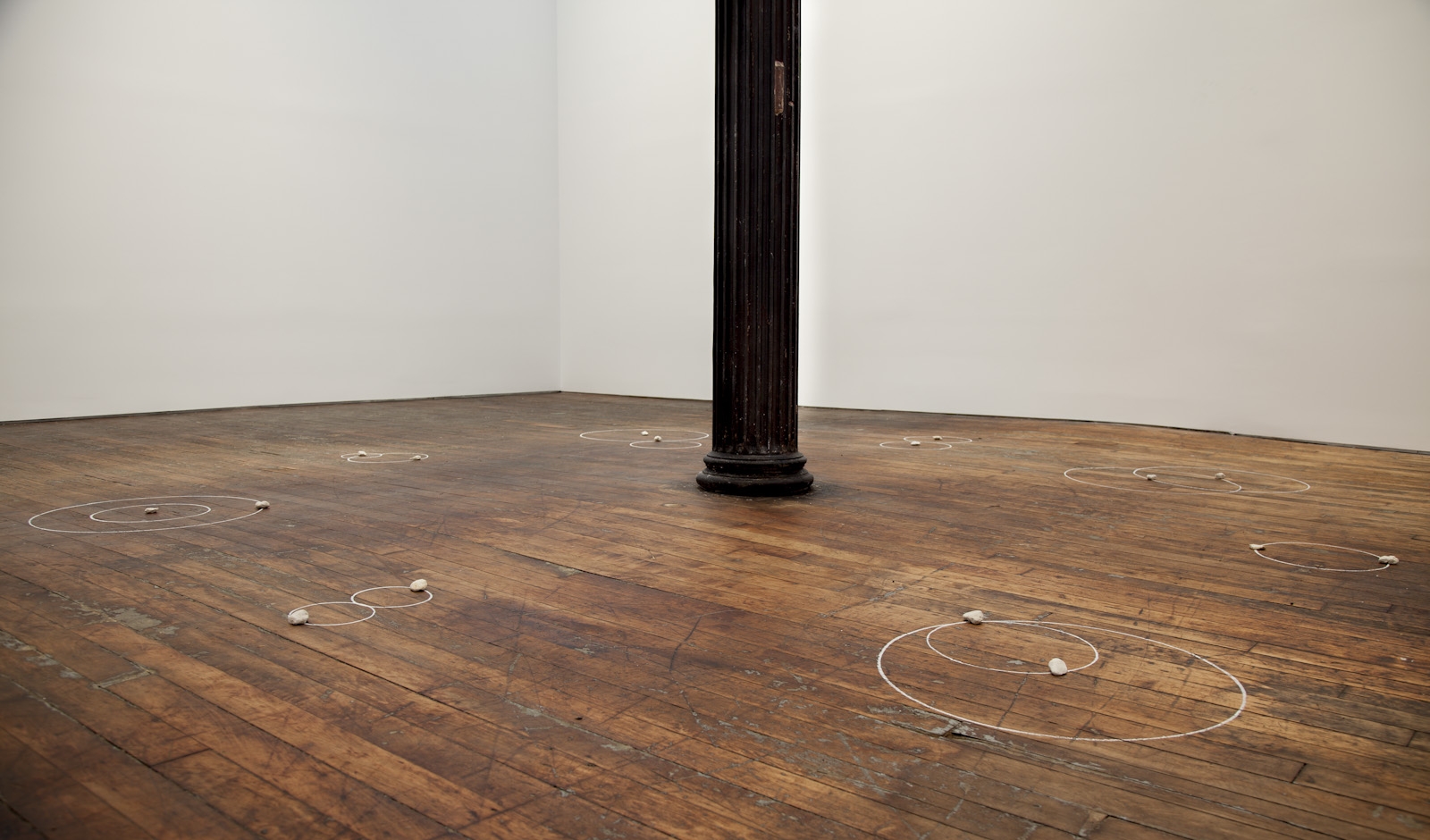 Peter Freeman, Inc. is pleased to present its fourth solo exhibition of work by Mel Bochner, which will be the largest survey of Bochner’s sculpture ever assembled. All from the years 1968 to 1973, these works represent the complete range of the artist’s investigations into the underlying conceptual foundations of sculpture; most have not been shown in New York since 1972.


About these works, Bochner wrote “Thoughts Reinstalling A Theory of Sculpture”:


A Theory of Sculpture is sculpture-as-self-representation. In these “self-representations” any material (pebble,nut, coin, match stick, glass shard, etc.) is replaceable without changing the intention. When an object loses its uniqueness, identity is denied an equivalence with presence. Any individual piece exists only as an “example of itself ”. Paradoxically, without the object there would be no idea, but without the idea there would be no object.


Number constitutes a mental class of objects. Numbers do not need concrete entities in order to exist. In Latinthe word for counting is “calculus”, which translates, literally, as stone. By juxtaposing the numbers with the stones A Theory of Sculpture forces a confrontation between matter (“raw” material) and mind (categories of
thought).


Sculpture, as opposed to painting, is defined by its alteration of the real world. In Latin the word for number is “digit”, which translates, literally, as finger. A Theory of Sculpture represents the hand (or agent of alteration), by the use of the numbers 5 and 10. Therefore, even though nothing is carved, cast, welded, constructed, orassembled, the manual aspect of sculpture is thematized.


The concerns in A Theory of Sculpture are not abstract. I am not interested in sculpture in any formal sense. The numbers and the stones exist on parallel but contradictory planes. While they appear to demonstrate the same thing there is a rupture between them. The map is not the landscape. An enormous abyss separates the space of statements from the space of objects. A Theory of Sculpture is the intention not to bridge that abyss.