On the occasion of the 50th anniversary of Mel Bochner’s first Measurement room, Dia has commissioned Bochner to realize a new, large-scale work from his Measurement series at Dia Beacon. Regarded as one of the leading American Conceptual and Postminimal artists in the 1960s and 1970s, Bochner pioneered the play between the characteristics of numerical values, space, and language in his work.


In May 1969 Bochner realized the first works in his ongoing Measurement series, using black tape to draw simple, linear segments across the surfaces of Dia cofounder Heiner Friedrich’s Munich gallery. Punctuating these lines were numbers that corresponded to the length of the measured surface: the width of a window bay, the height of a doorframe, and so on. Several of the measurements were further subdivided, indicated by notched marks interspersed at intervals across a wall. In this work, as in subsequent iterations of this series, Bochner used lines to wrap around the architectural envelope of the gallery in a systematic evaluation of its spatial parameters and the perceptual experience that unfolds within it. At Dia Beacon, red tape maps the various surfaces of one of the museum’s largest galleries, running horizontally across walls at a height corresponding to the artist’s eye level.


Mel Bochner is made possible by generous support from the Ampersand Foundation. Additional support provided by Jill and Peter Kraus, Simon Lee, and Susan and Larry Marx. Support for the publication is provided by Lisa and Tom Blumenthal; Peter Freeman, Inc.; Evelyn and David Lasry/Two Palms, NY; and Marc Selwyn Fine Art. 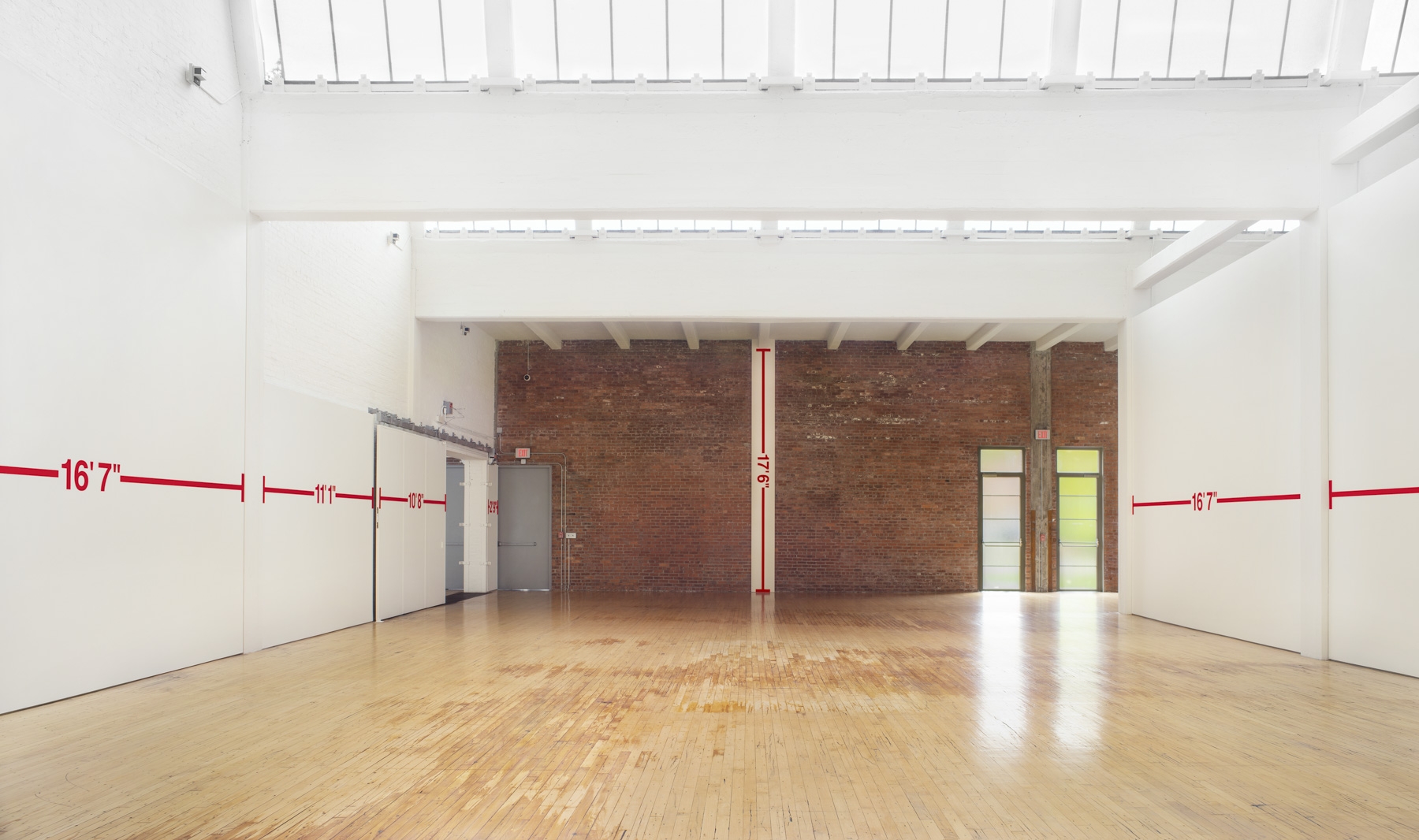 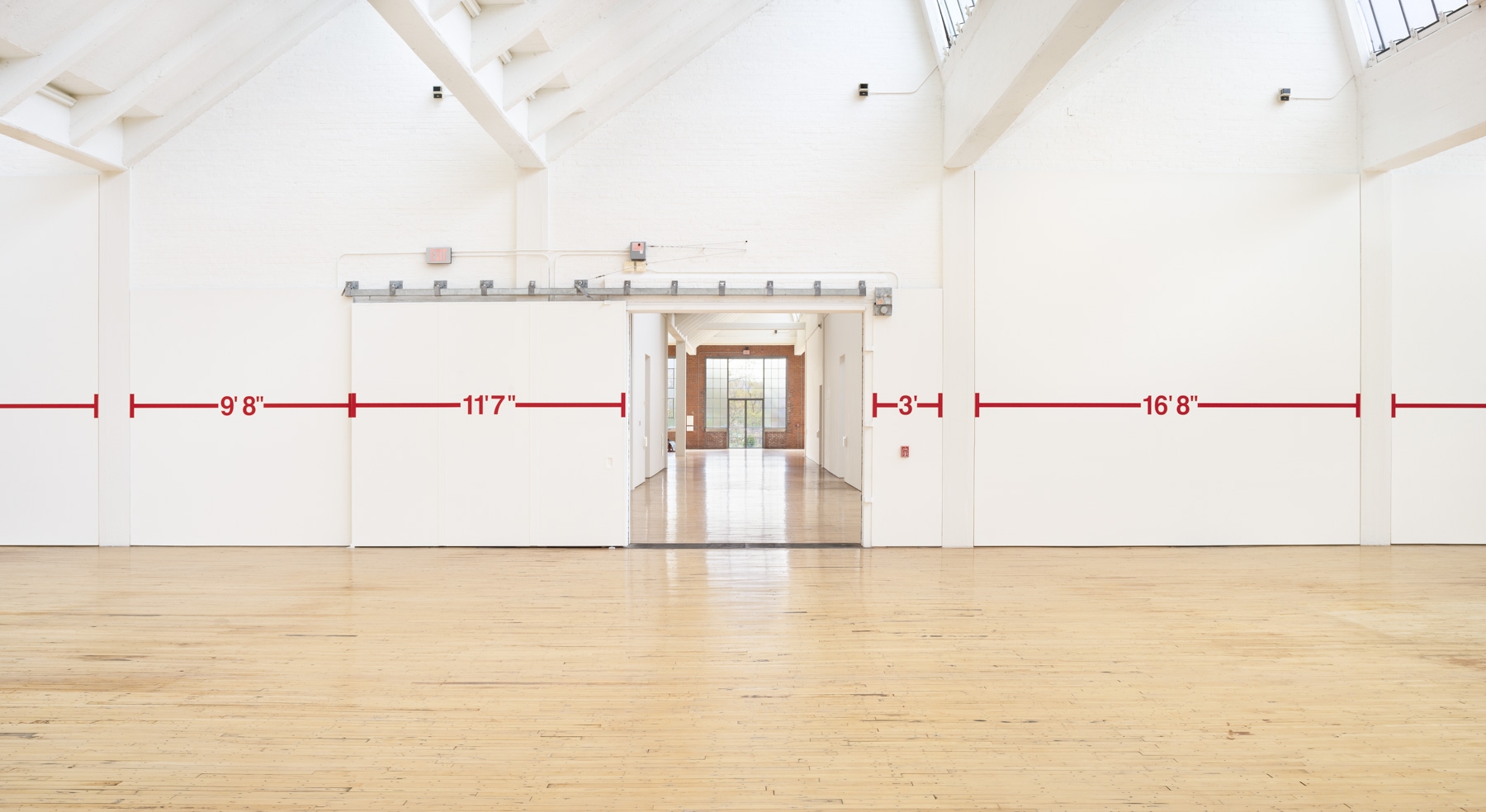 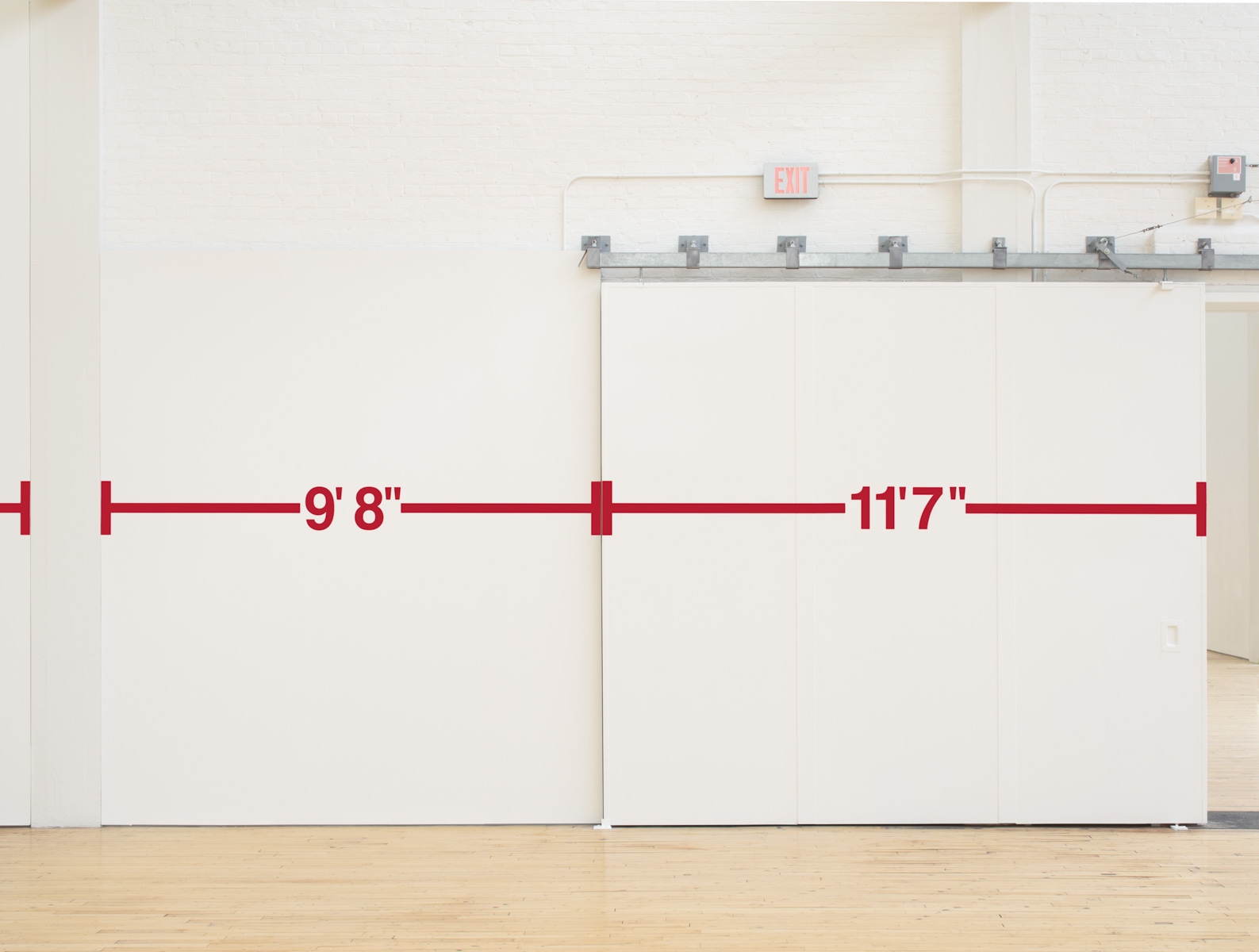