Fine Arts, Sydney is presenting an exhibition of work by Mel Bochner.

Mel Bochner is recognised as one of the leading figures of Conceptual art. Bochner was at the forefront of developments in art during the 1960s and 1970s, amongst a generation of artists working in New York who were looking at ways of breaking with art’s traditional and conventional means. Bochner was pioneering in his use of language and measurement in art making. He began exploring the interpretation of information and the representation of space, using photographs, words and numbers to rethink art in terms of the abstract and seemingly rational ways we express our belief in knowledge of the world around us.

Bochner’s series of works using measurement began as sketches in 1967, and developed during 1968. In 1969 he made an exhibition titled ‘Measurements’ at Galerie Heiner Friedrich in Munich. It was here that Bochner made the first iteration of ‘Measurement Room’, for which the architectural features of a room were measured and marked out directly onto its walls.

The measurement works, which Bochner has continued, have followed certain procedures whereby a stable object or place either has its measurements marked directly onto it, is oriented with its measurement relative to something else, or is measured in relation to a given standard. The focus of the work is on actual measurement, and the presentation of something that seems self-evident. Bochner has spoken of measurement as being of interest because it is essentially without meaning, despite being one of the ways we express understanding. In part, Bochner’s measurement works speak to the truism that it is not necessary to understand something in order to explain it. 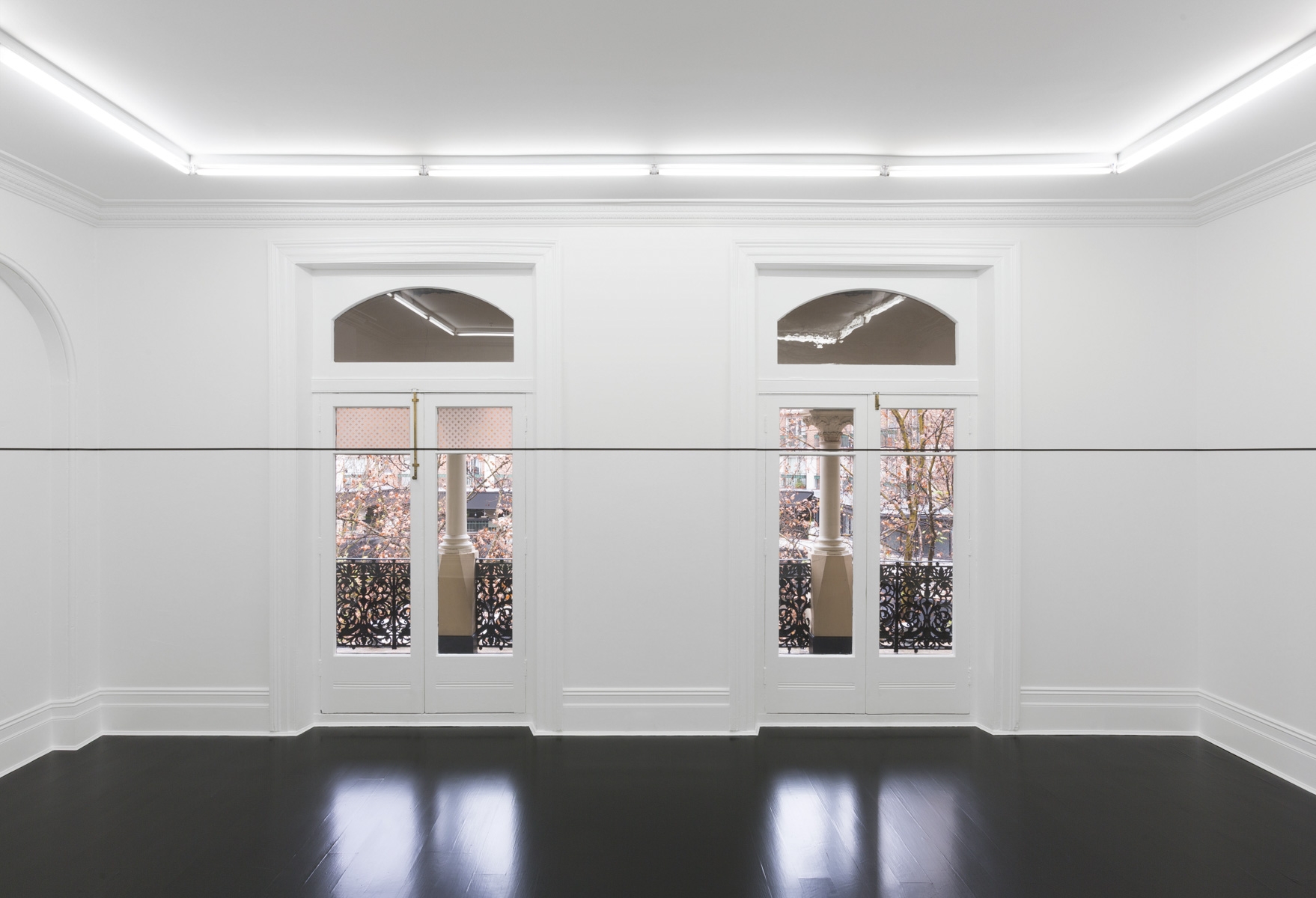 Self-adhesive vinyl on wall.
Dimensions variable according to room. 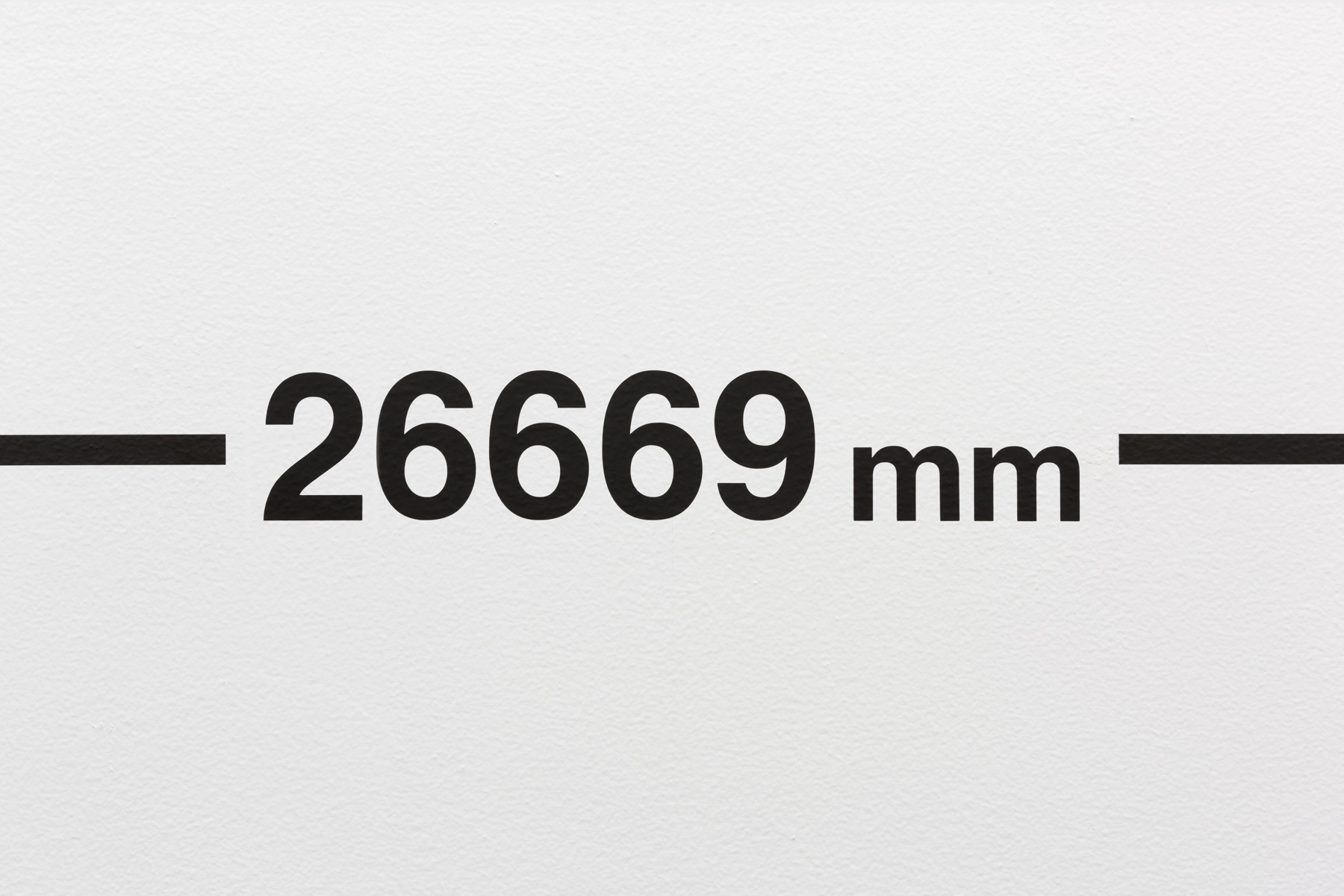 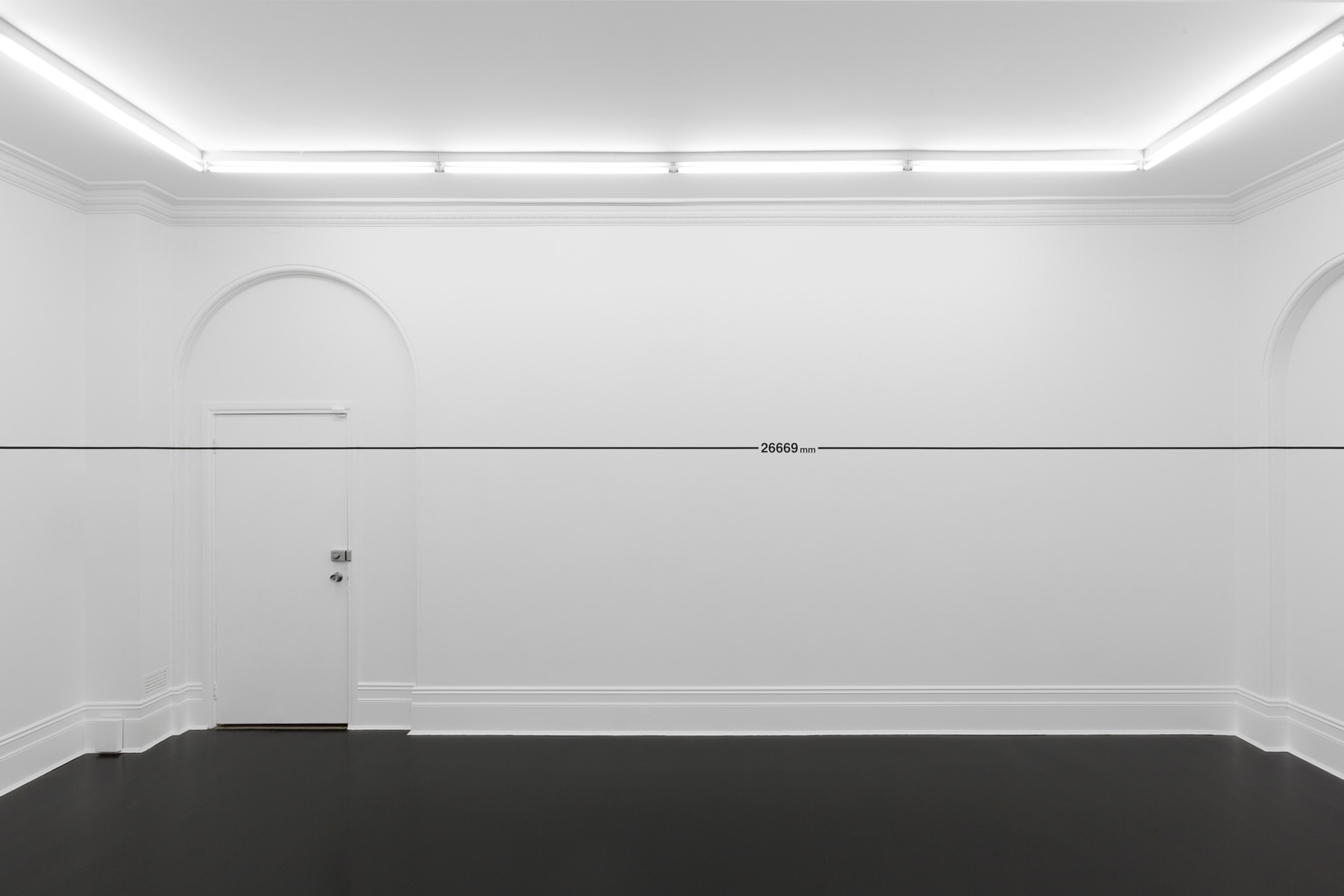 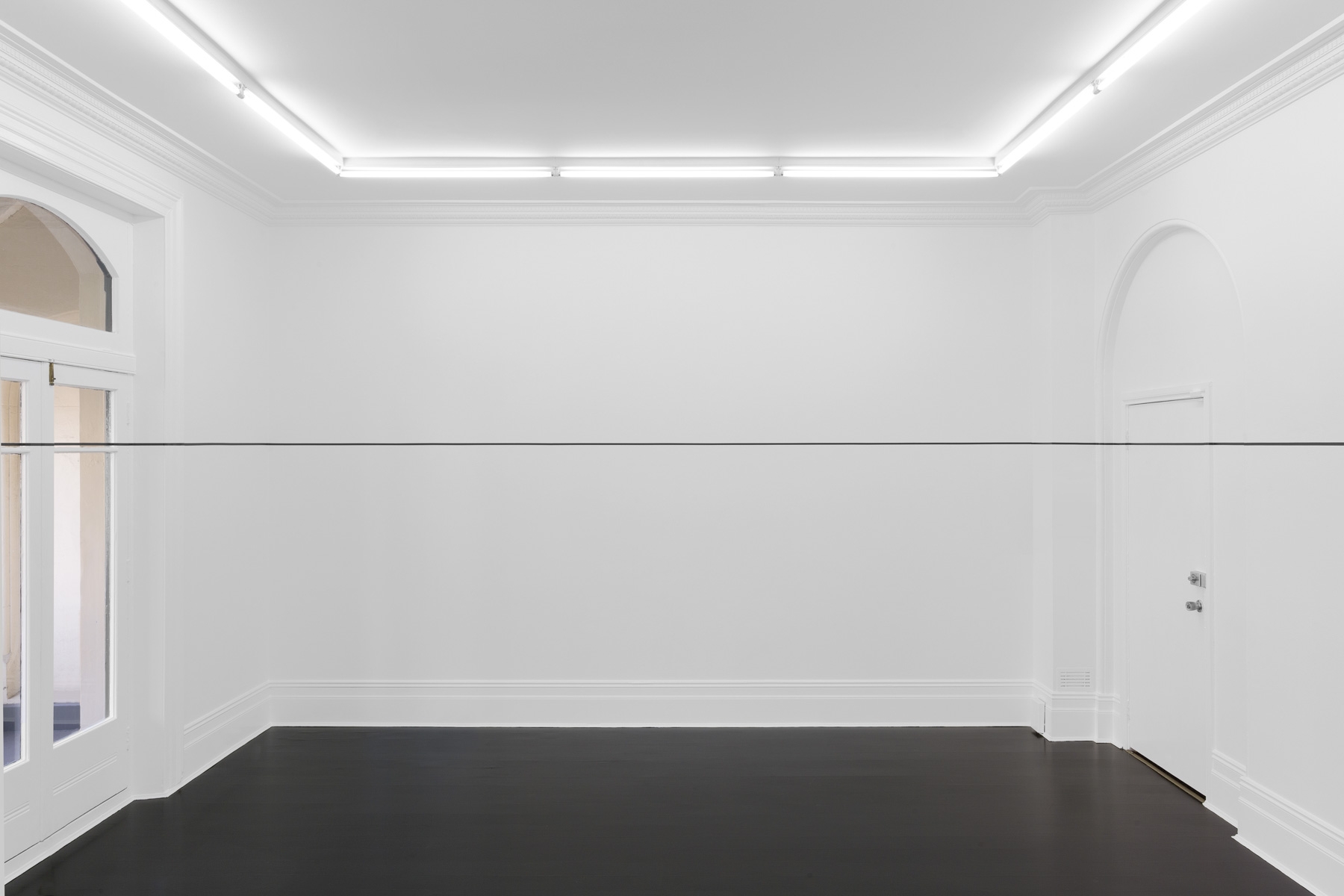