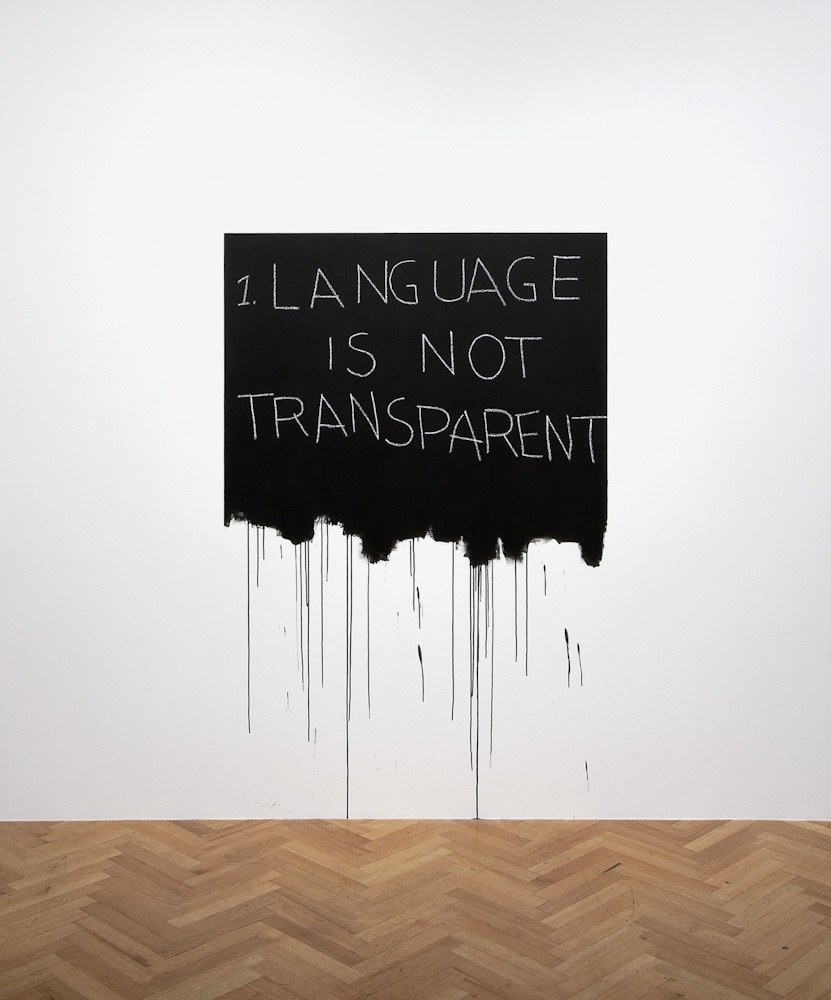 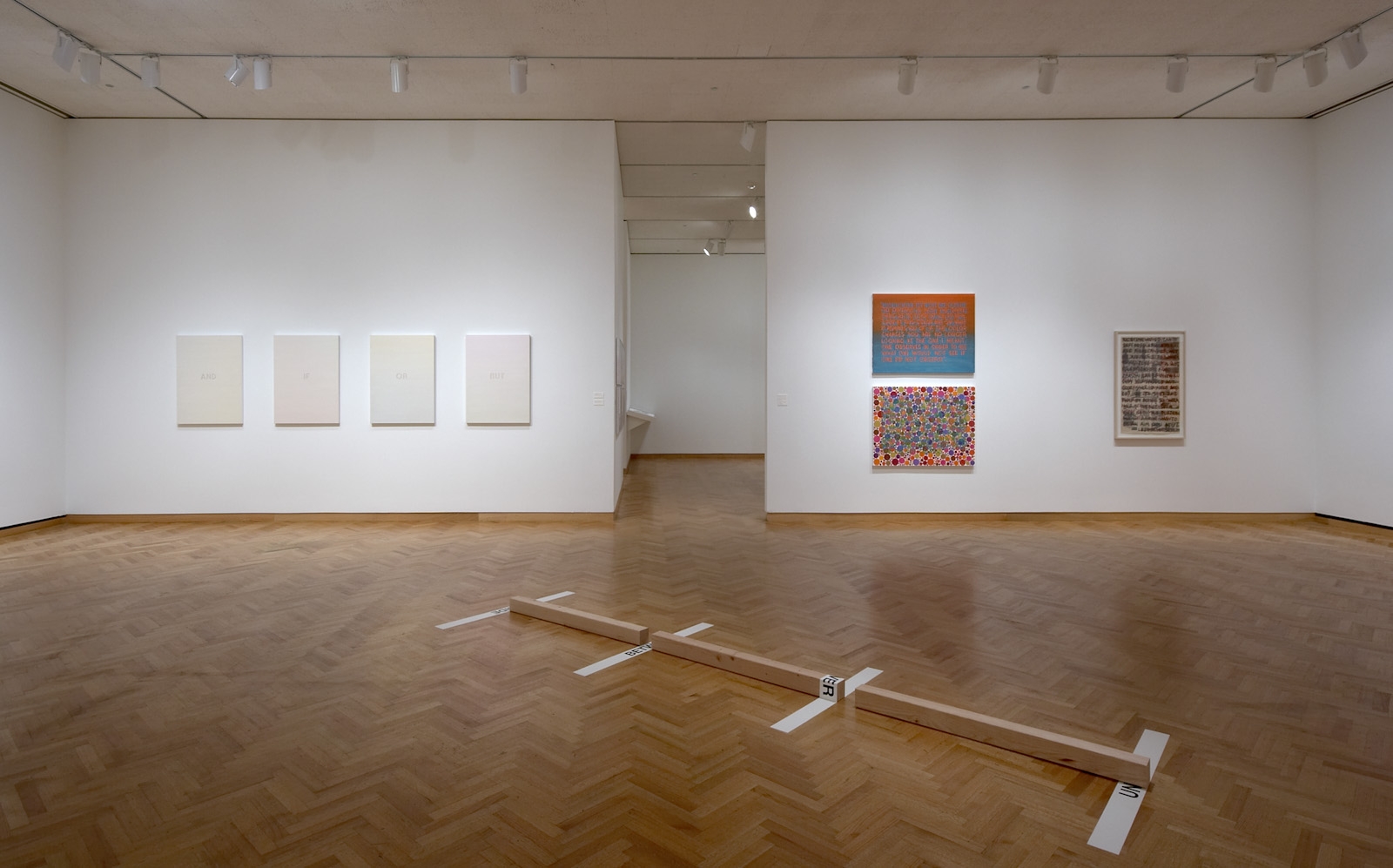 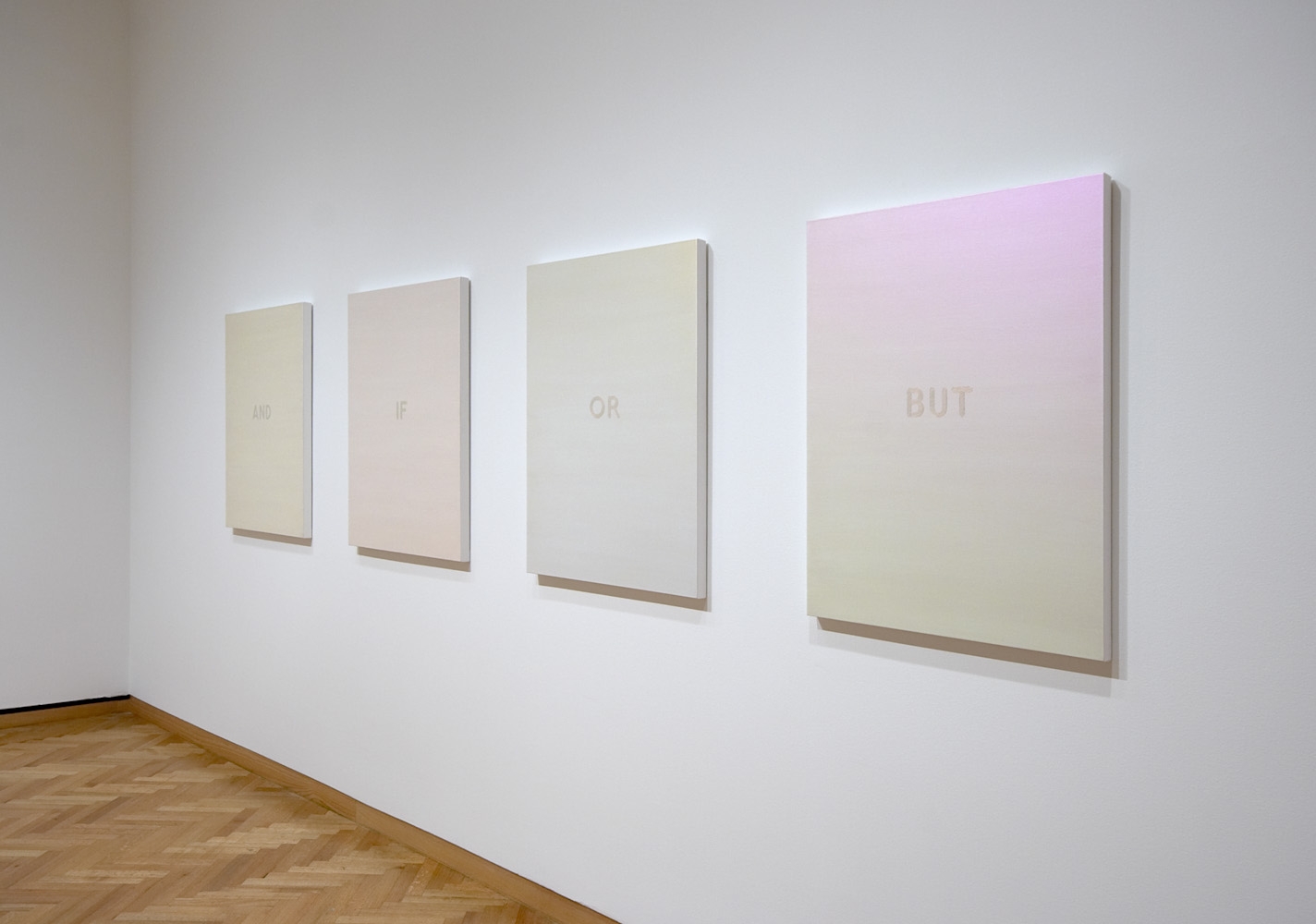 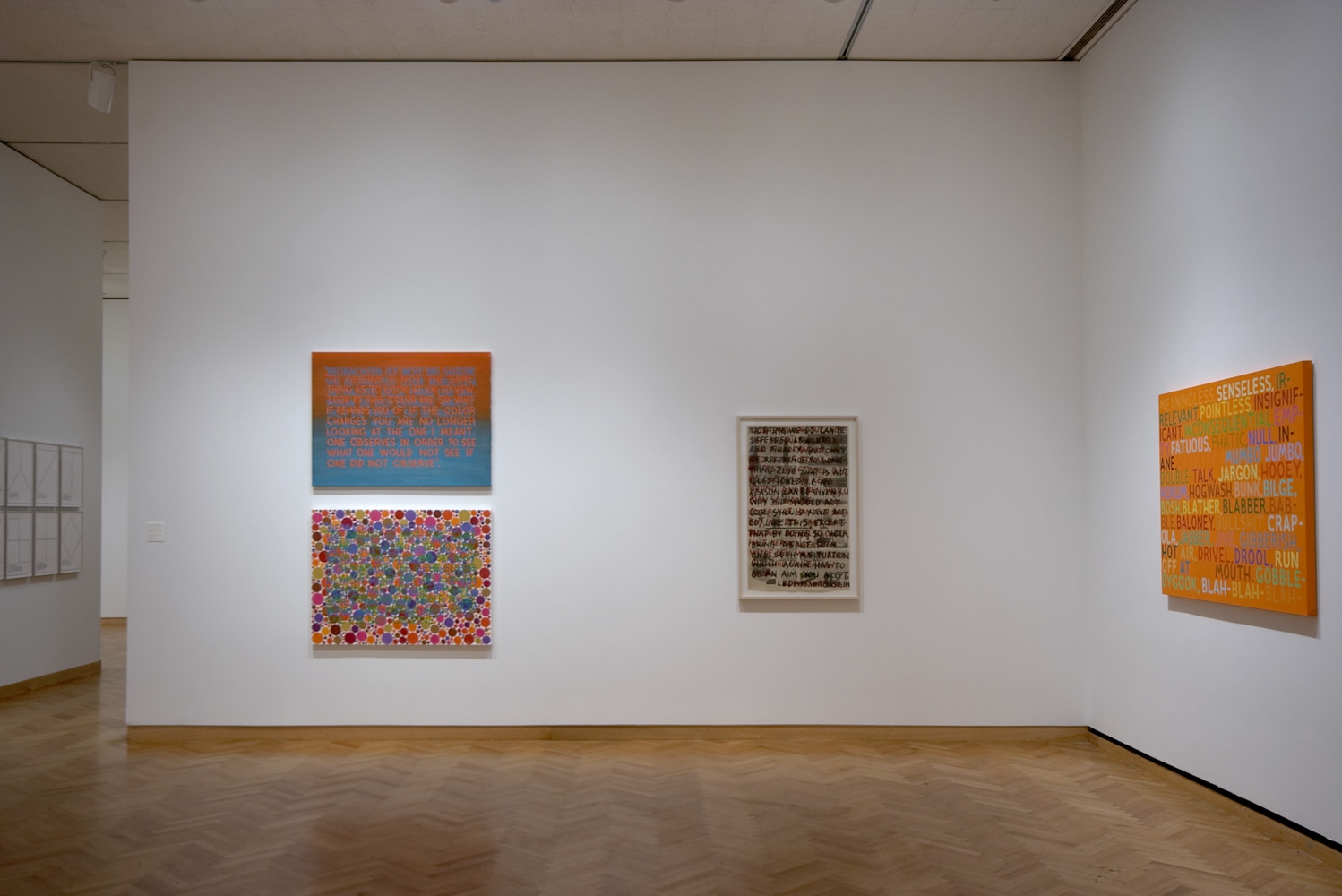 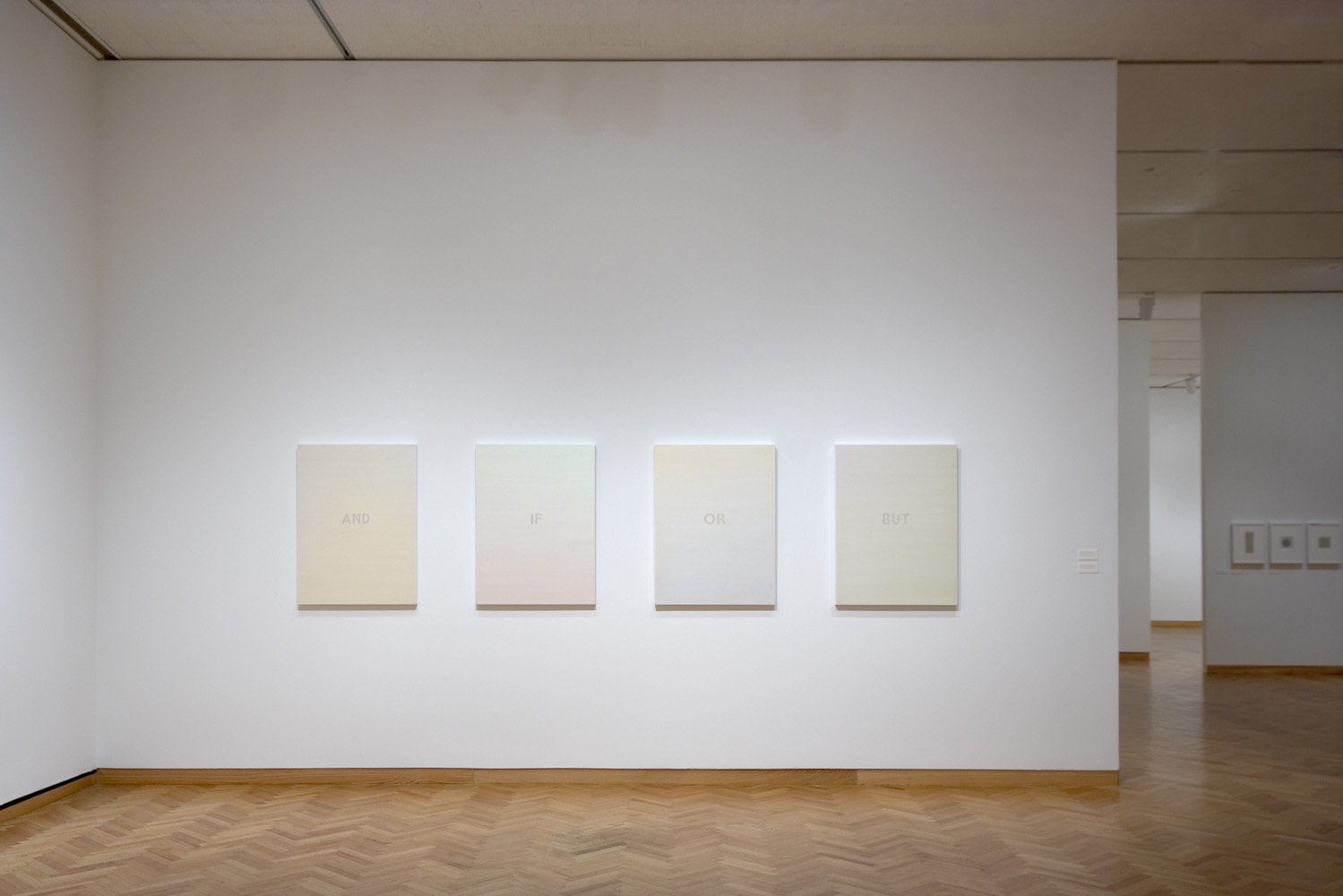 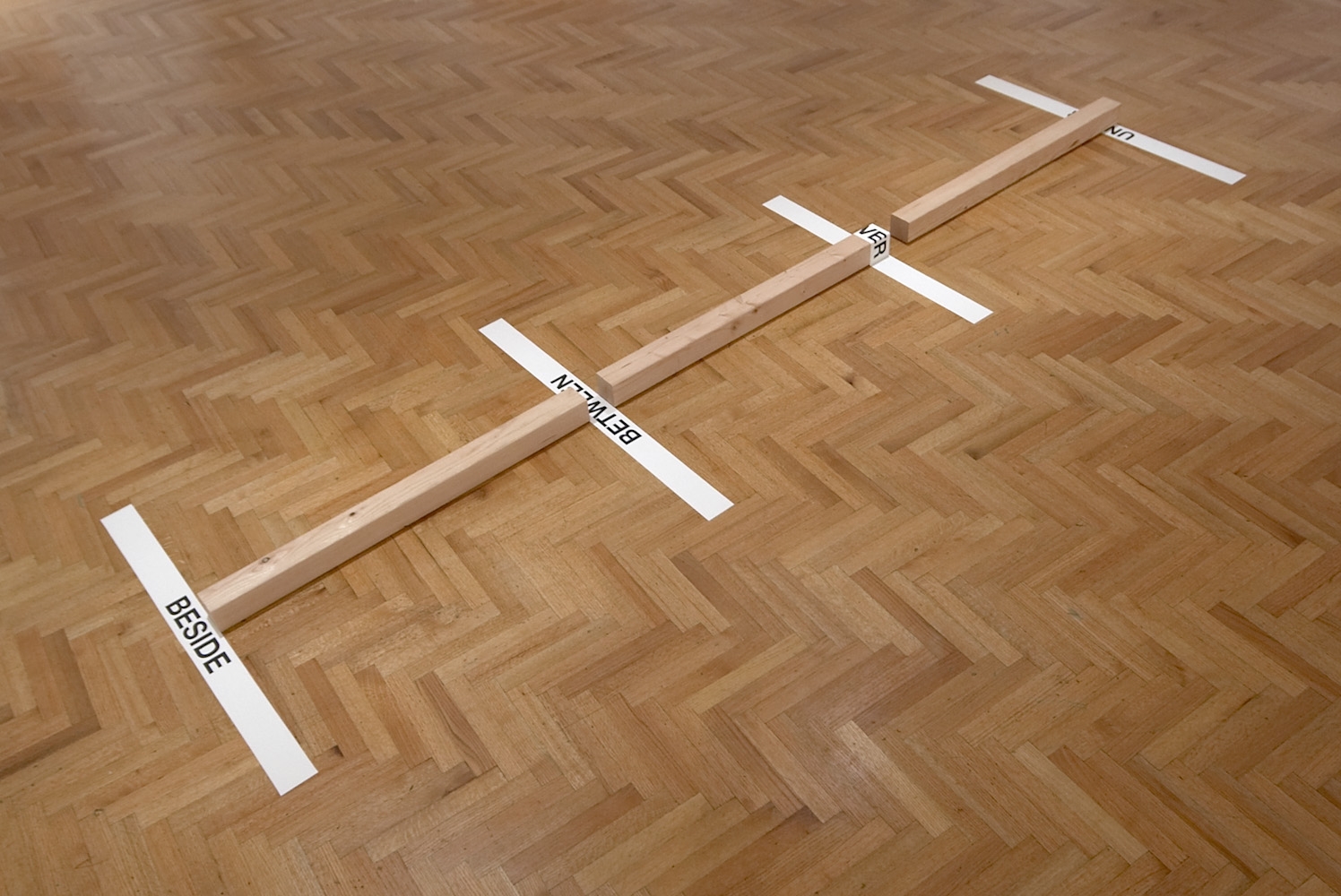 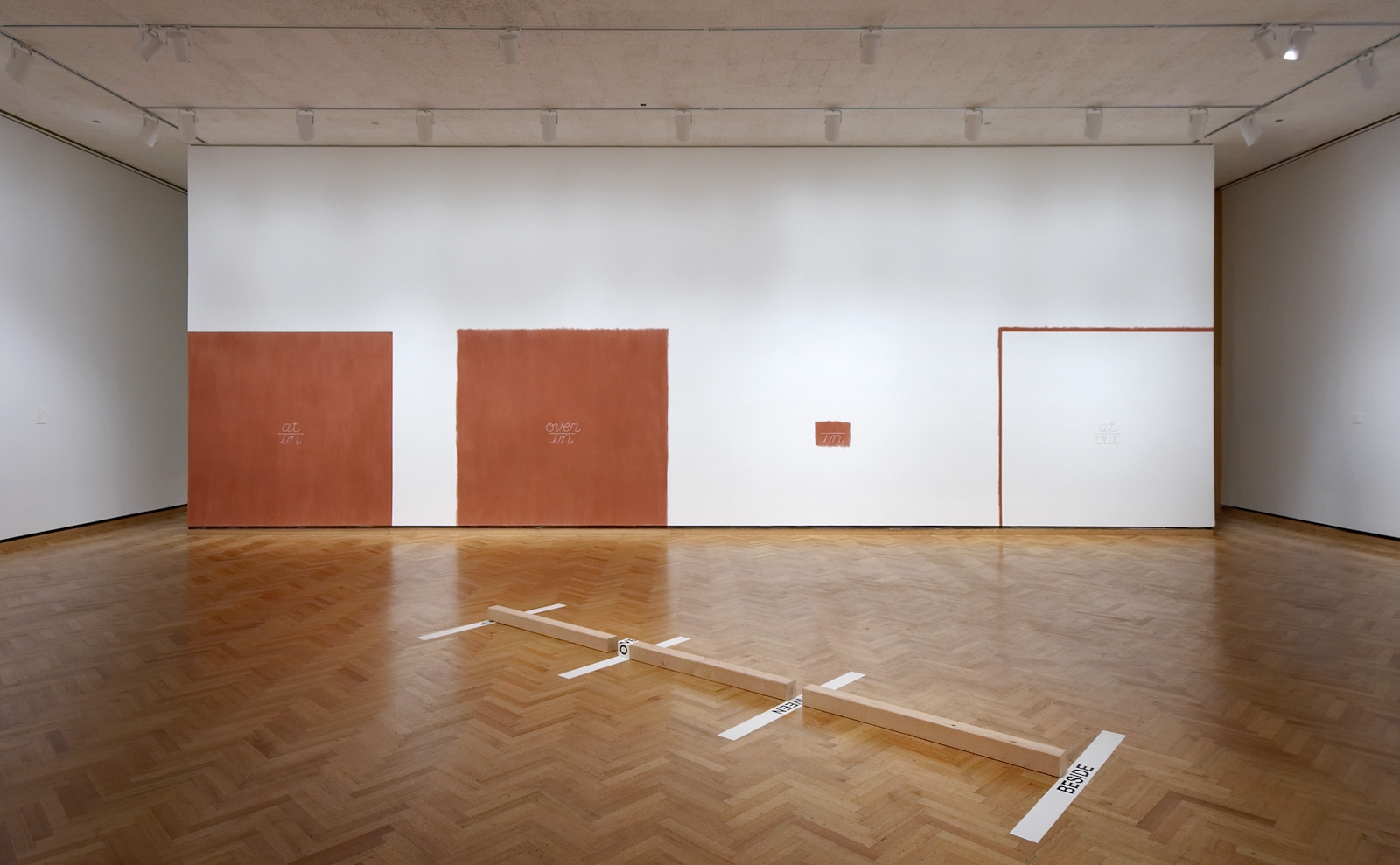 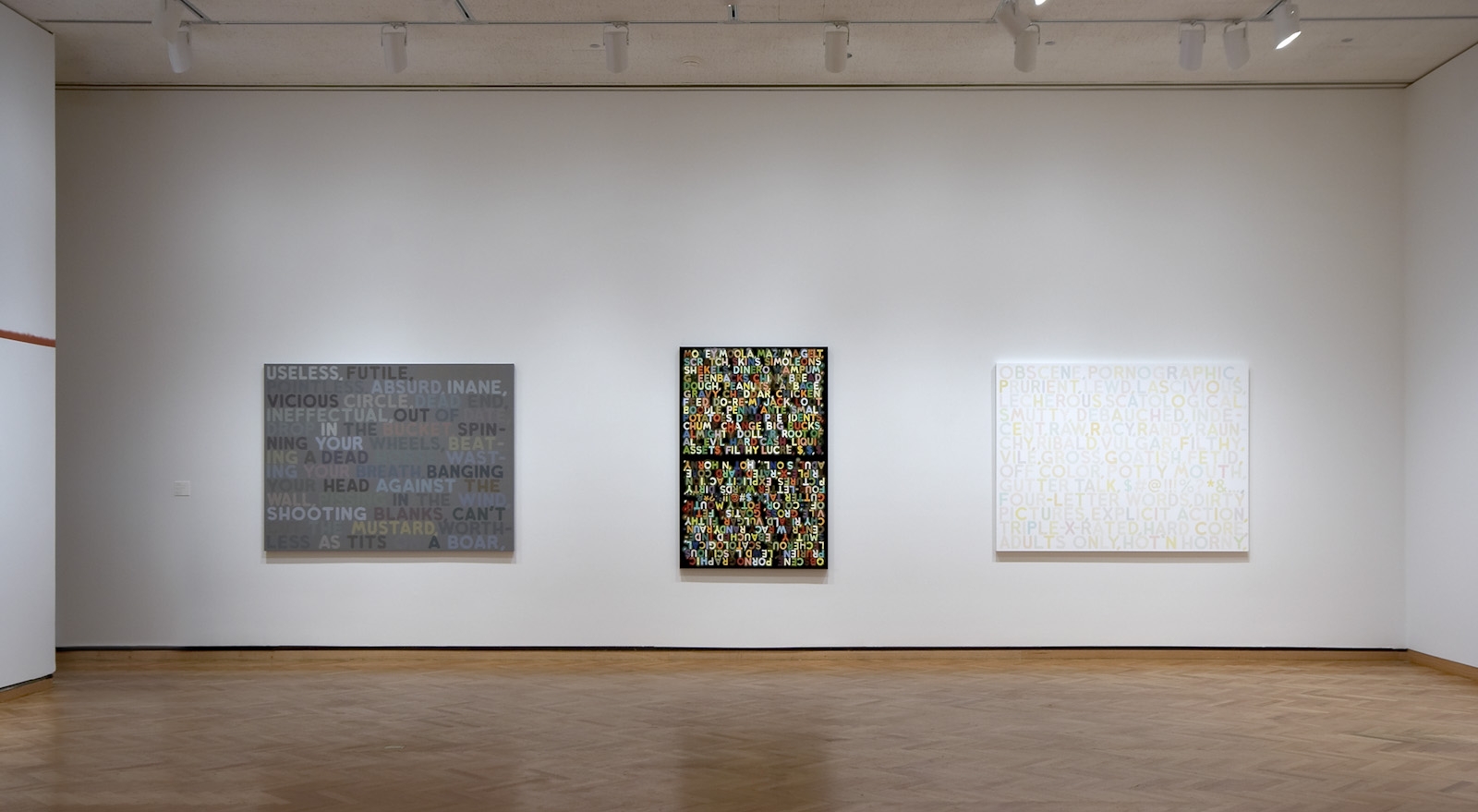 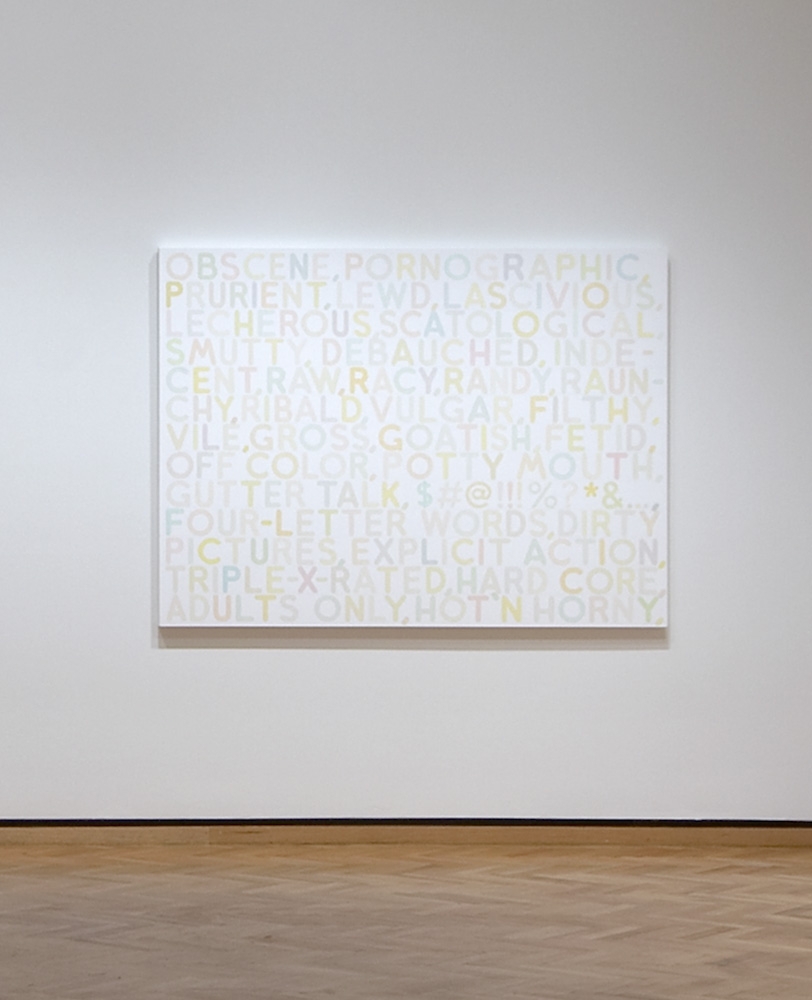 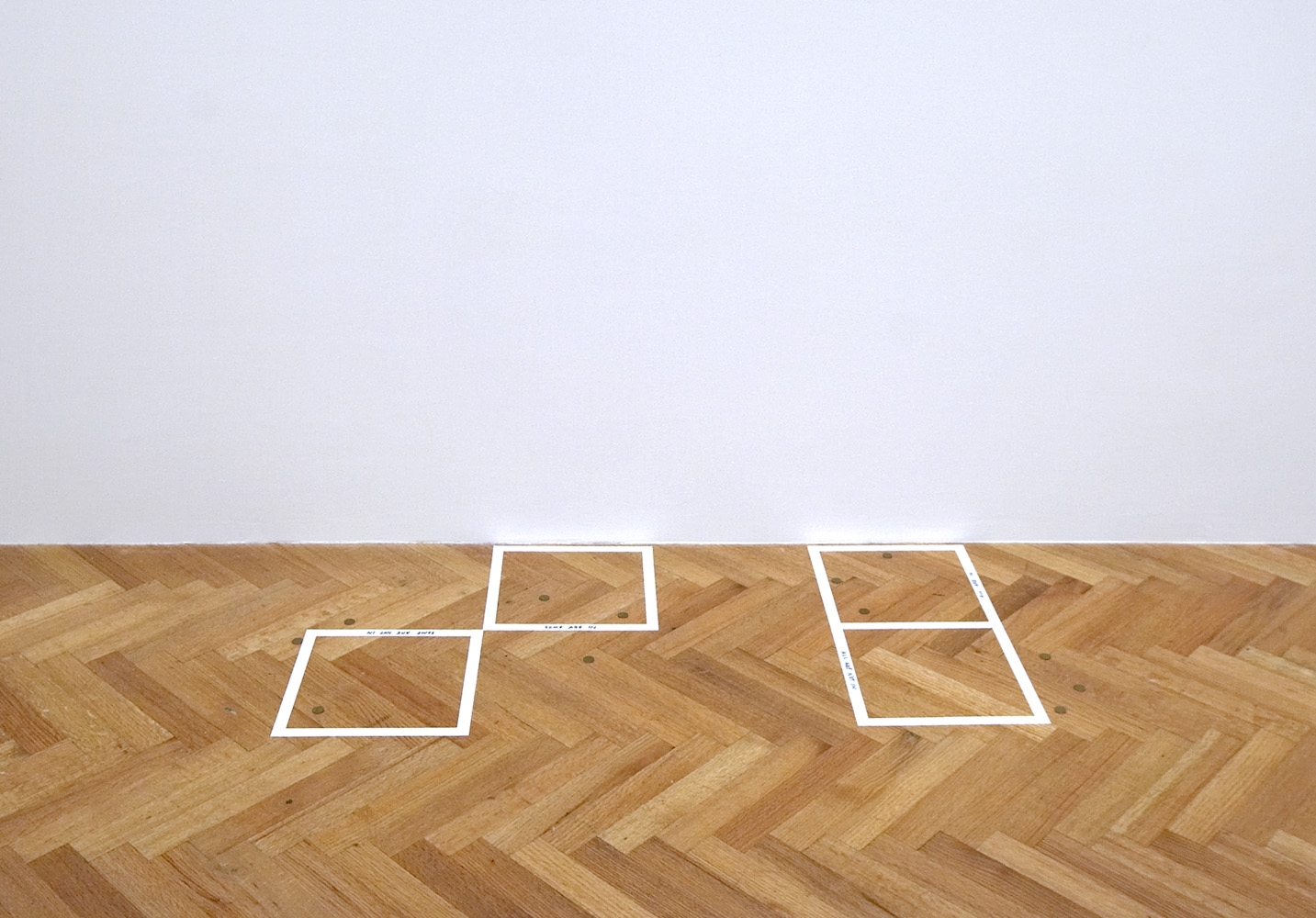 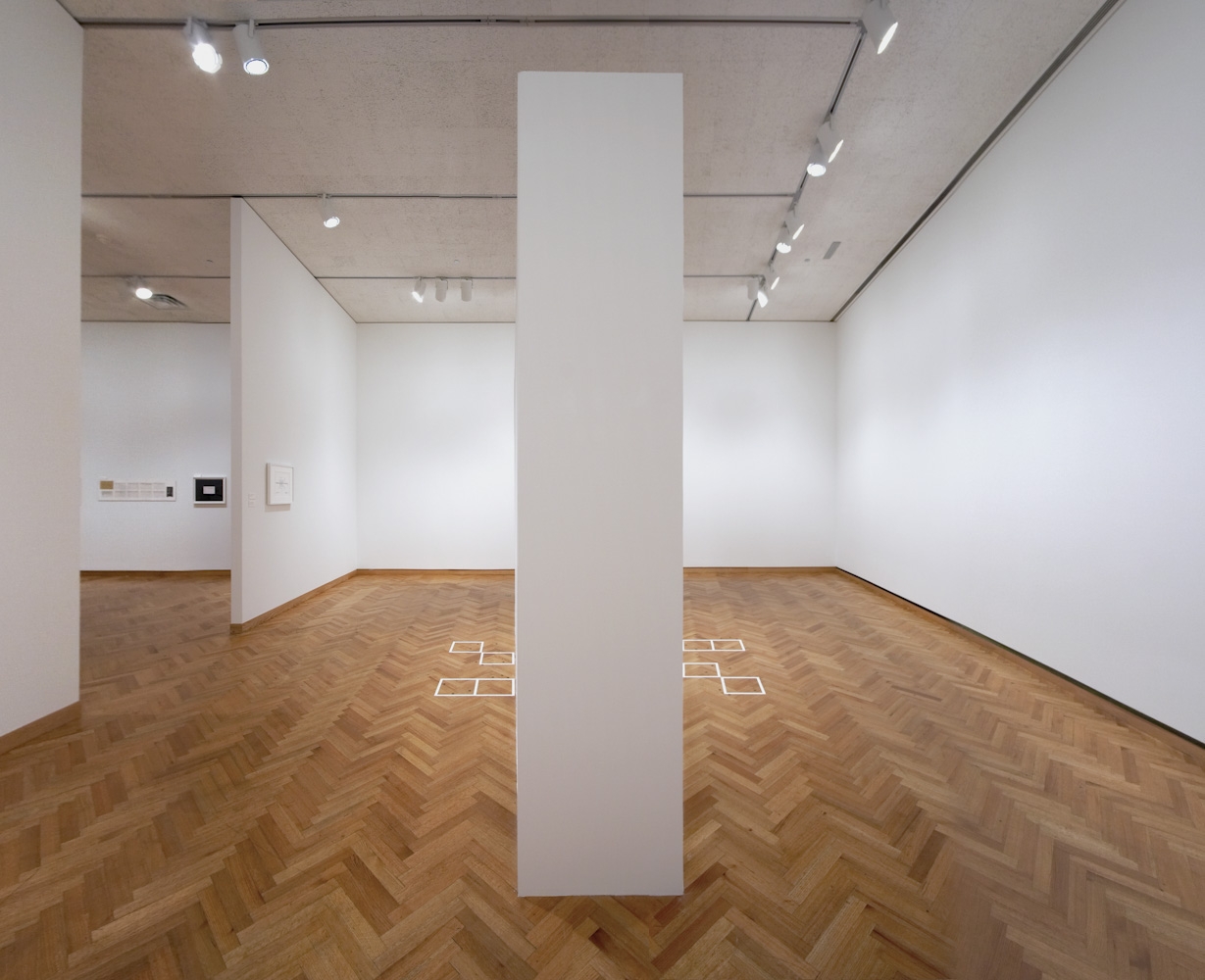 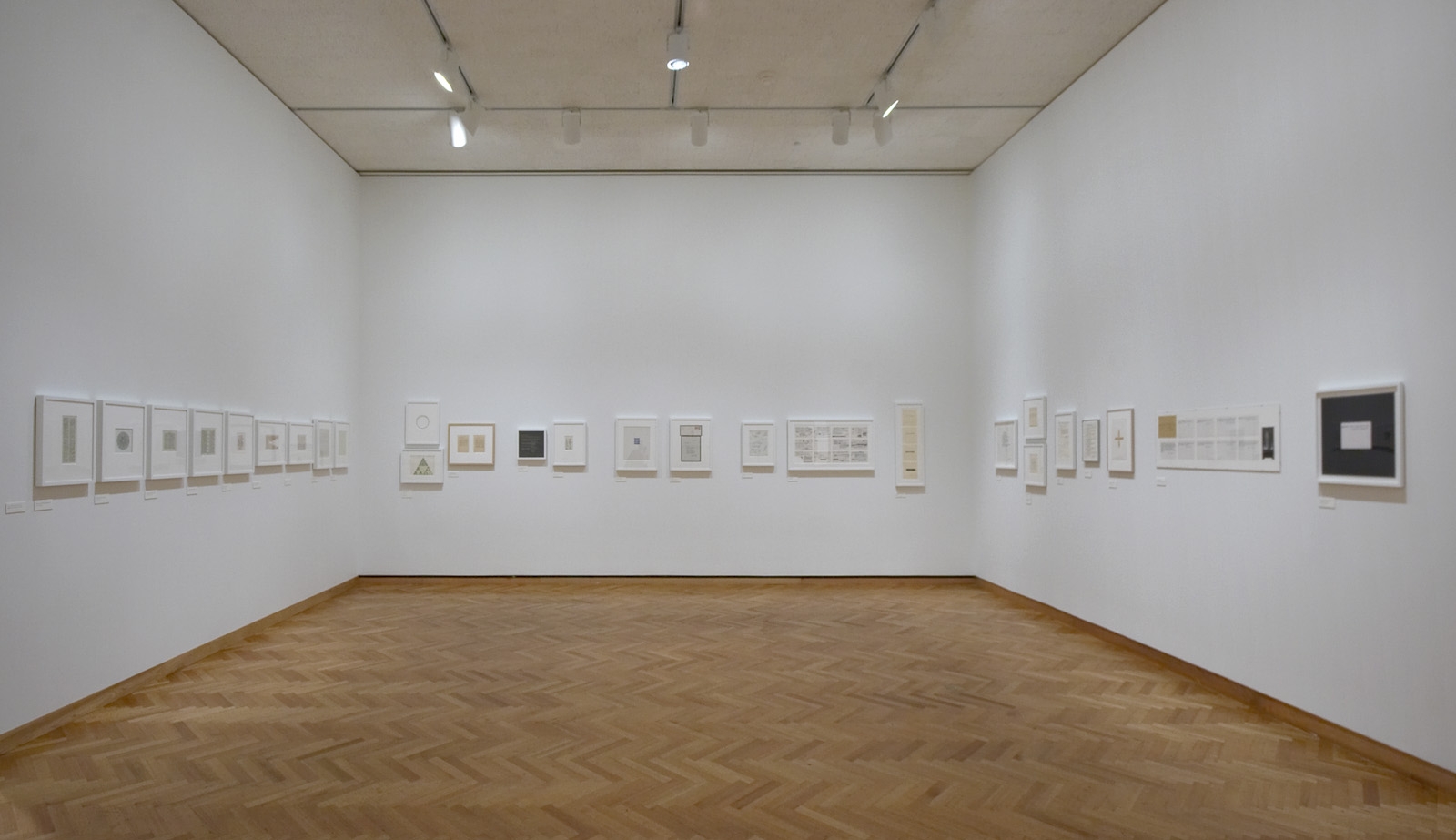 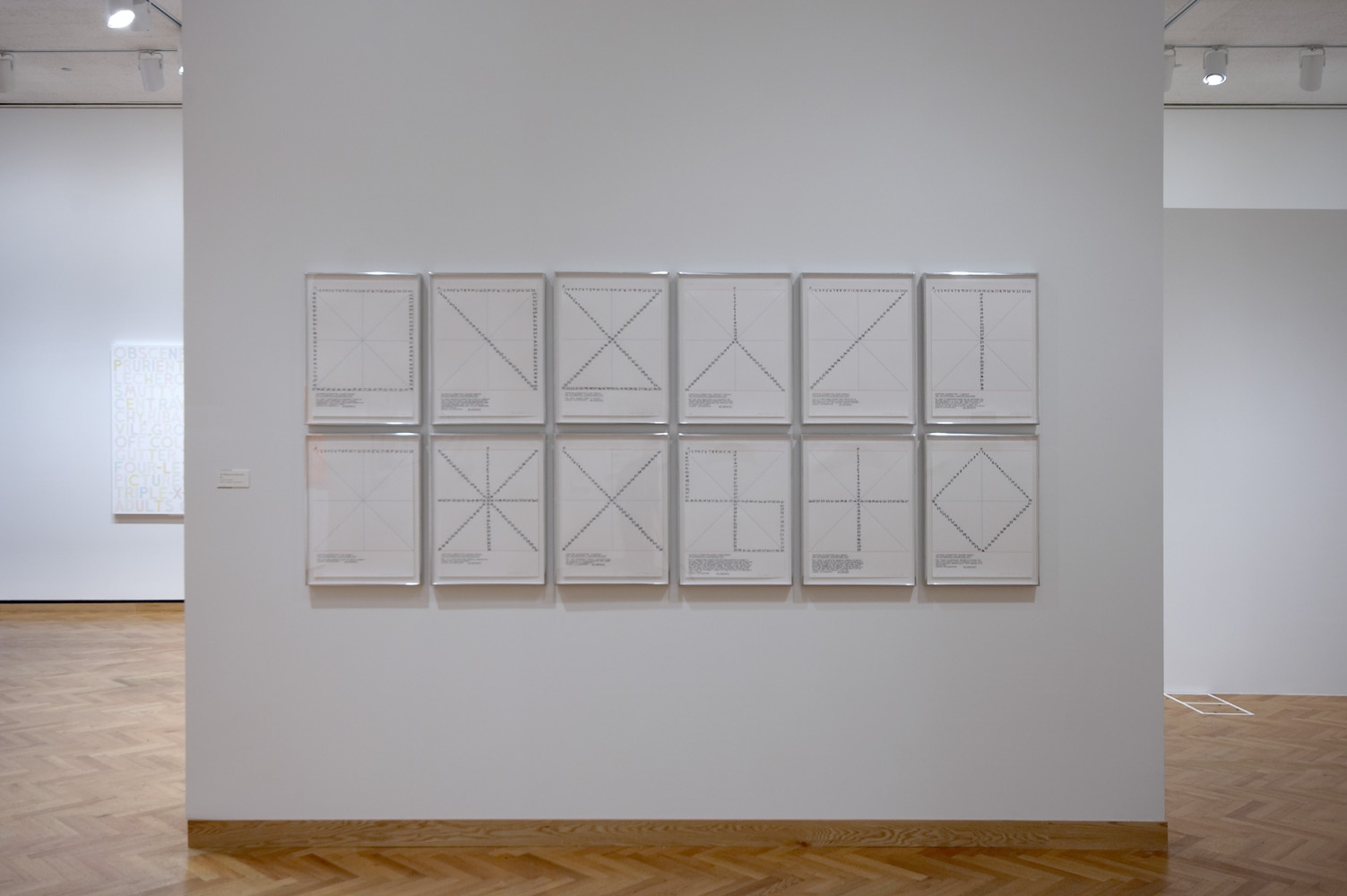 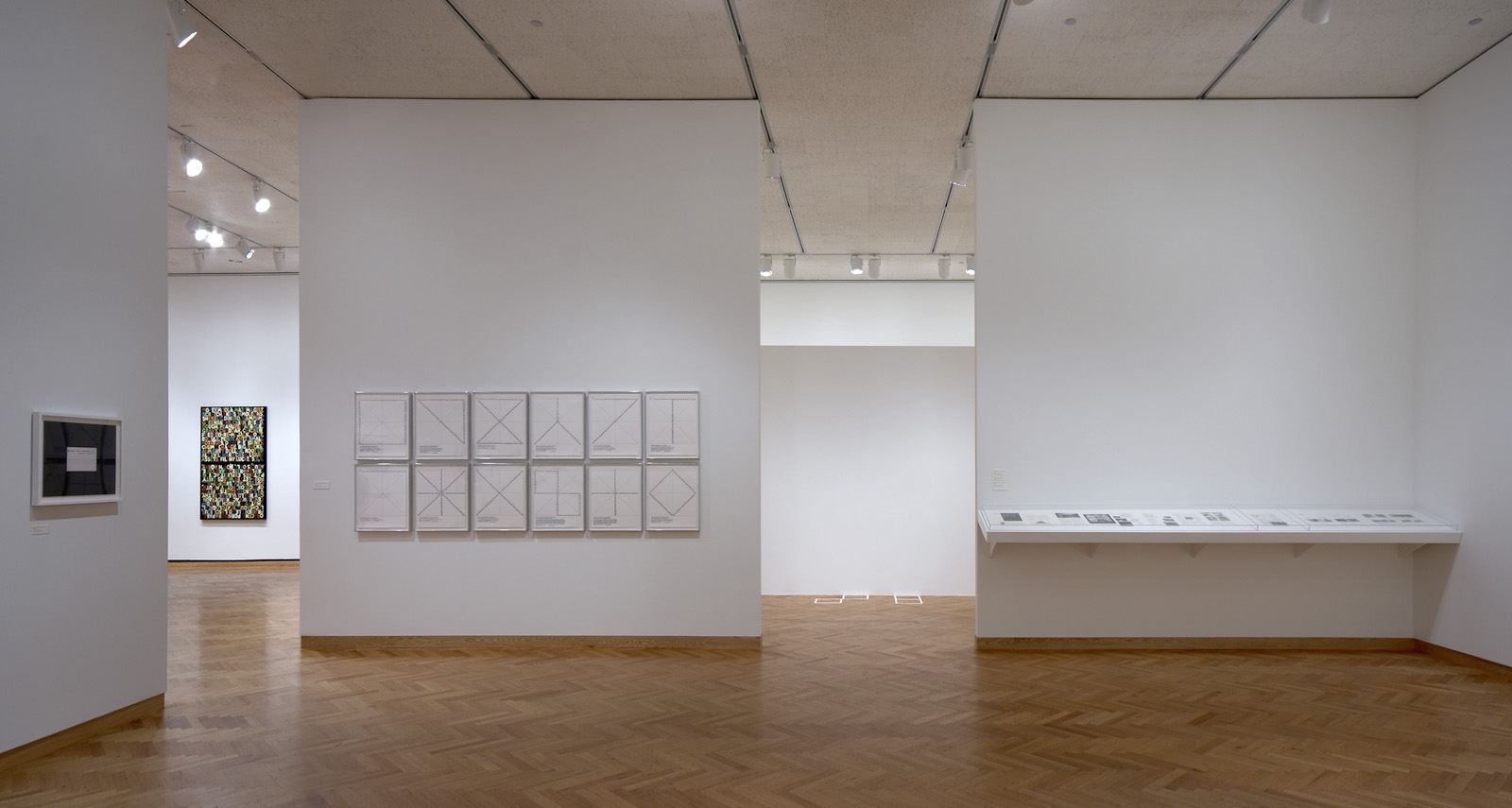 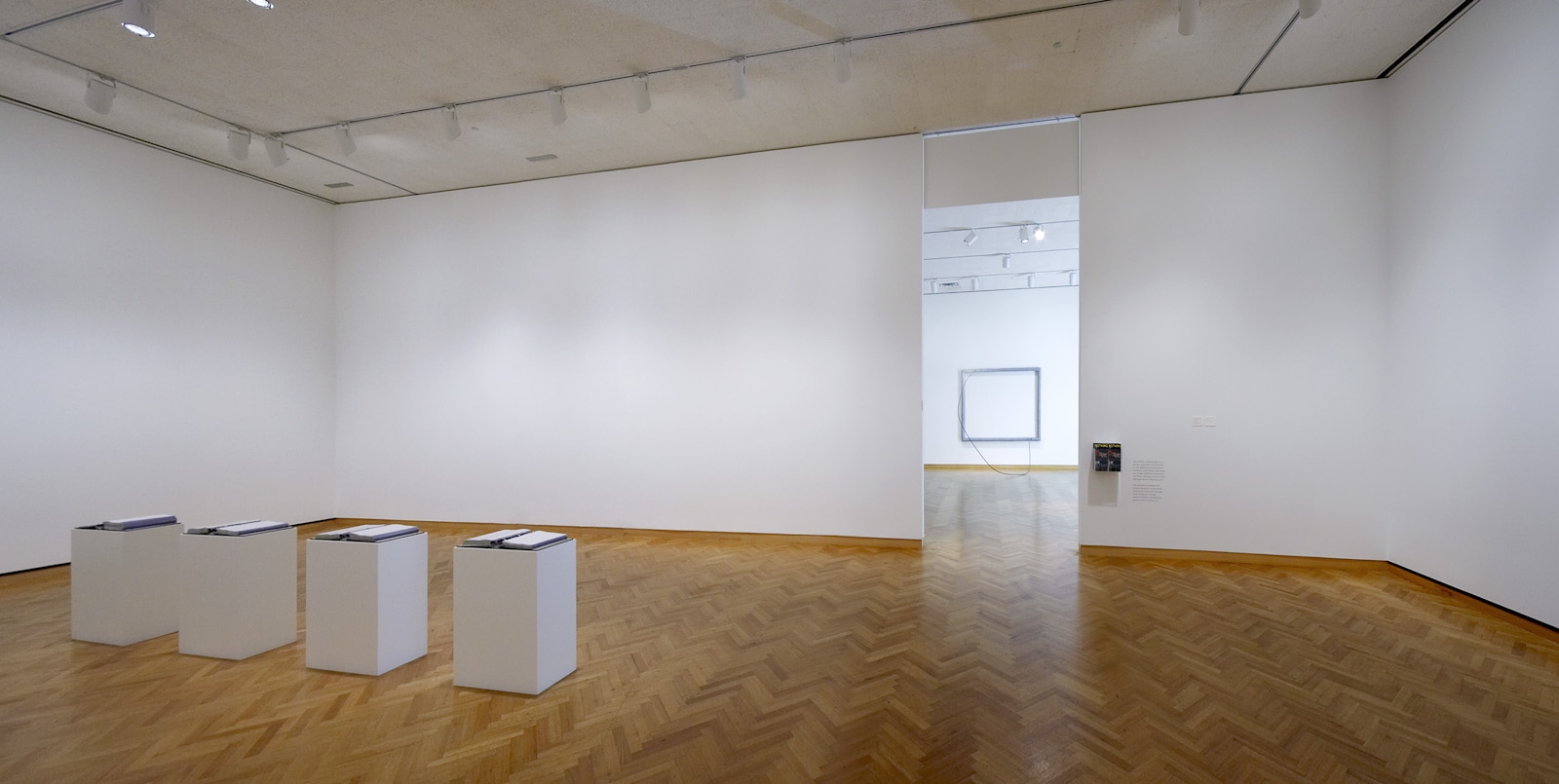 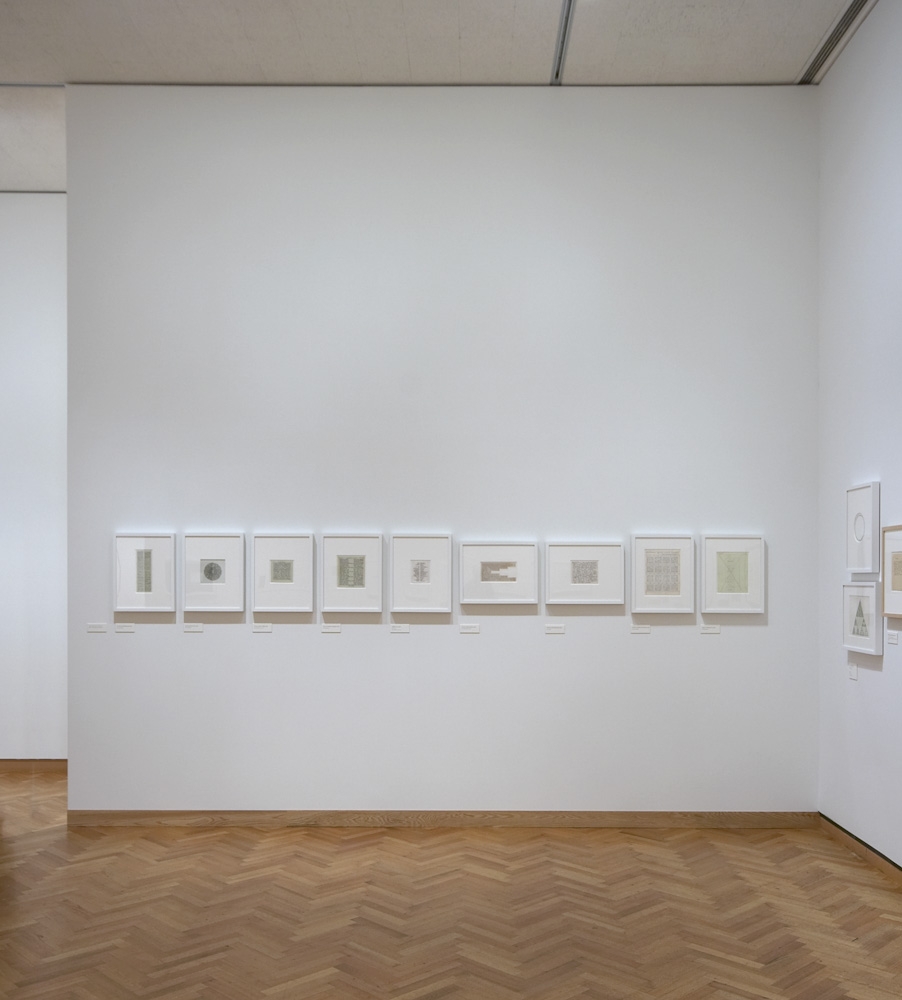 Focus: Mel Bochner: Language—1966-2006 is the first exhibition to bring together his language-based works. Presenting over 50 works on paper, paintings, sculptures, photographs, and installations, this exhibition is on view through January 7, 2007 in Galleries 138 and 139 of the Art Institute of Chicago.


Critics have long been attentive to, and appreciative of, Bochner’s recurring themes, including his interest in measurement, counting, and shape. Less well recognized, however, is the transformative role language has played in his career. Offering four decades of work, across a variety of media, Mel Bochner: Language allows viewers to chart the way Bochner moved from the common conception of language as a descriptive tool to an investigation of the complex relationships between language and perception. Highlights of the exhibition include the rarely seen landmark work Working drawings and other visible things on paper not necessarily meant to be viewed as art (1966), which the art historian Benjamin Buchloh has called “the first conceptual art installation.”


Also featured will be a series of magazine interventions published between 1966 and 1968; a number of early pen-and-ink word portraits of Bochner’s contemporaries including Eva Hesse, Dan Flavin, Donald Judd, and Ad Reinhardt; and recent, multi-colored canvases with texts drawn from Wittgenstein’s writings and Roget’s Thesaurus, works described earlier this year by Roberta Smith in the New York Times as “unleash[ing] something malicious, sharp and funny that has always lurked beneath the surface, conveying the rage of life while maintaining the artist’s characteristic surface of elegance, intellect, and formalism.”


In addition to several works from Bochner’s own collection that have never before been exhibited, Mel Bochner: Language will feature a number of historical installations—such as Language is Not Transparent (1970) and Axiom of Indifference (1973)—that will be recreated in Art Institute’s contemporary galleries by the artist himself. Coinciding with the Art Institute exhibition, a new work by Bochner, The Joys of Yiddish (2006), is on view from September 18 at the Spertus Institute of Jewish Studies at 610 South Michigan Avenue, just down the street from the Art Institute. Part of The Language Barrier project—a series of site-specific outdoor works on the 50-foot construction barricade for the Institute’s new building—The Joys of Yiddish examines the complexity of the Yiddish language in all its humor and humanity.


The Art Institute will host a symposium on Bochner and his work co-organized by Judith Russi Kirshner, Dean of the College of Architecture and the Arts at the University of Illinois, Chicago, and James Meyer, Associate Professor of Art History at Emory University in Atlanta. Bringing together leading international thinkers on Bochner’s work, the one-day academic symposium will be open to the public and will begin with a keynote address by Yve-Alain Bois of the Institute for Advanced Study in Princeton, New Jersey.


Featuring close to 65 objects, a full-color and expanded catalogue of the exhibition will be available in May 2007. The publication will include an introduction by James Rondeau, Curator and Frances and Thomas Dittmer Chair of Contemporary Art at the Art Institute of Chicago; acknowledgements by James Cuno, Director and President of the Museum; and an essay by scholar and critic Johanna Burton.


Mel Bochner: Language is curated by James Rondeau, Curator and Frances and Thomas Dittmer Chair of Contemporary Art at the Art Institute of Chicago with Lisa Dorin, assistant curator in the Department of Contemporary Art, and Mark Pascale, associate curator of Prints and Drawings at the Art Institute of Chicago. This exhibition is made possible by a gift from Judith Racht and Irving Stenn, Jr. with additional funding and support provided by Judith Neisser. Ongoing support for Focus exhibitions is provided by The Alfred L. McDougal and Nancy Lauter McDougal Fund for Contemporary Art. The accompanying catalogue and academic symposium are generously funded by the Community Associates of the Art Institute of Chicago, Lannan Foundation, and Nathan and Suzanne Cohen Foundation, Inc. Featured here are Useless (2005), collection of Betty and Edward Harris, and Portrait of Eva Hesse (1966), collection of the artist.