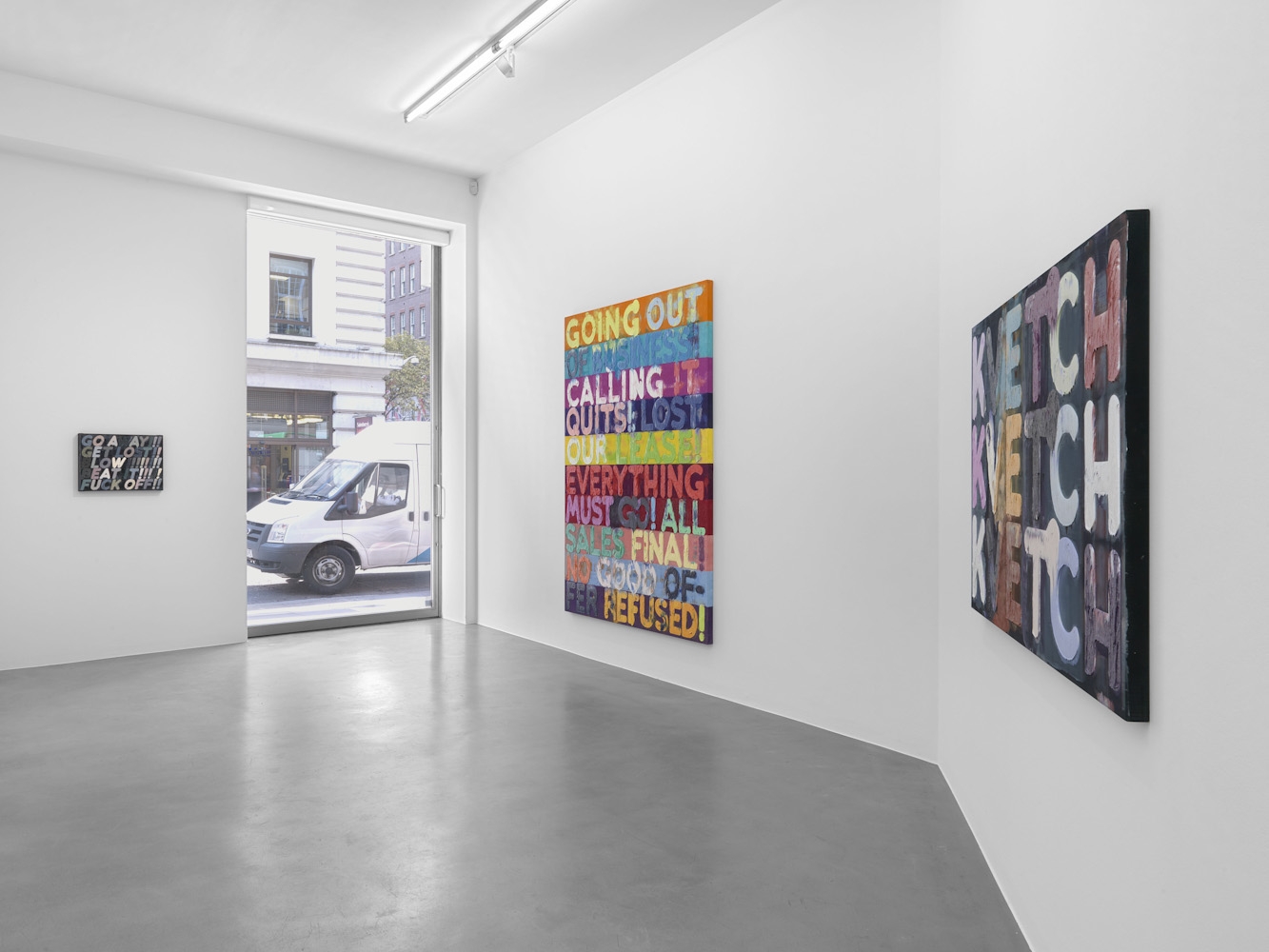 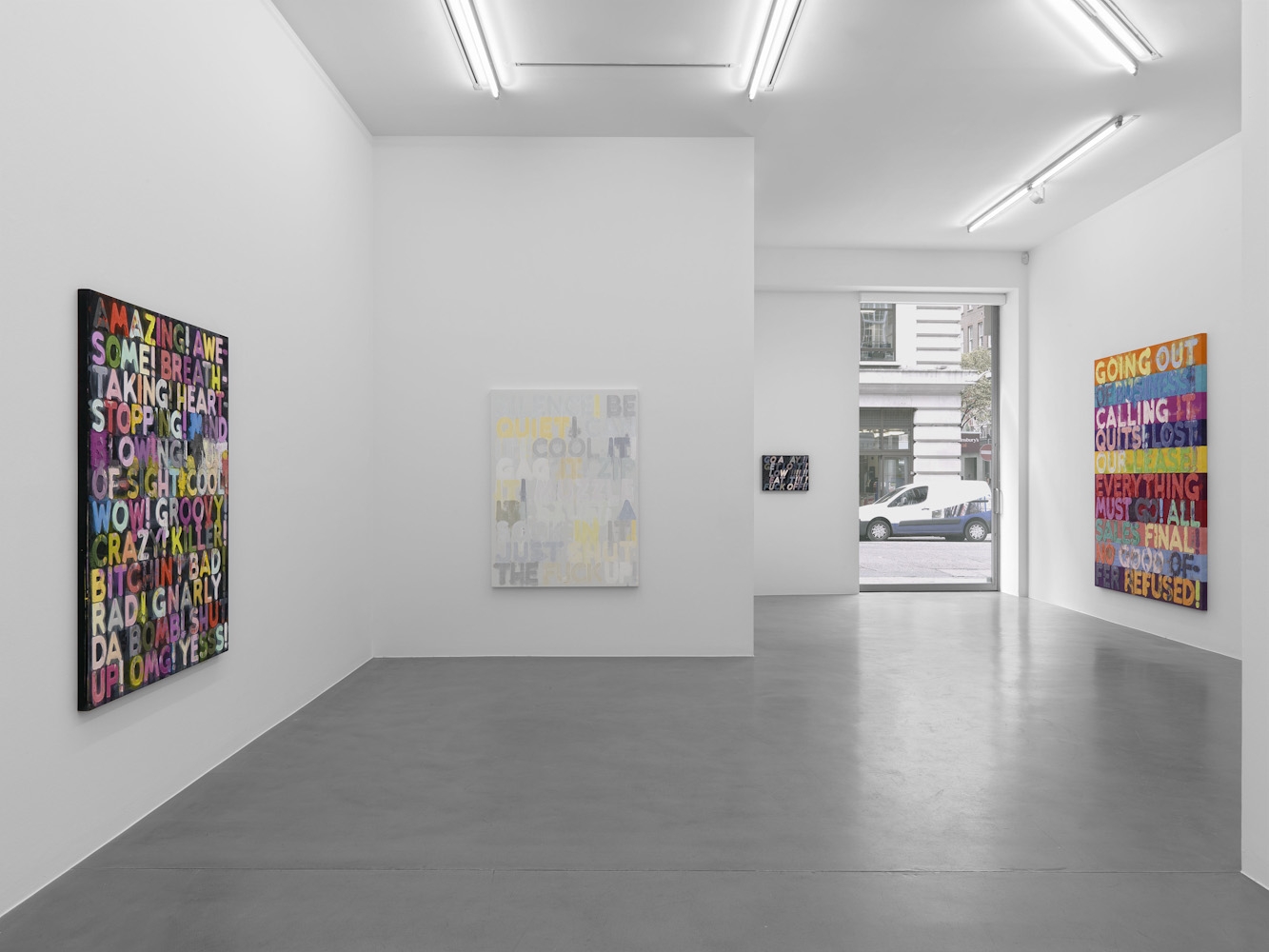 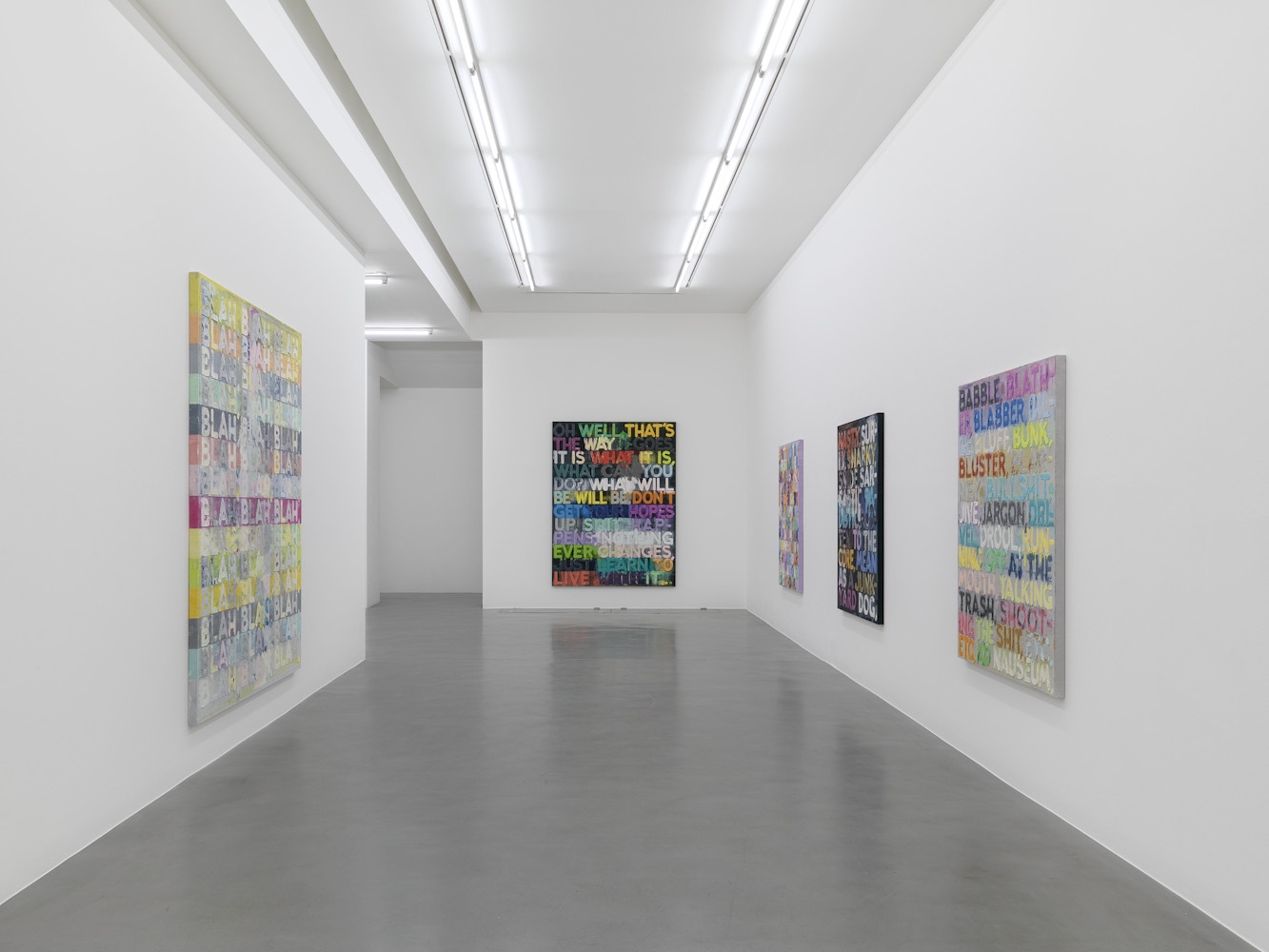 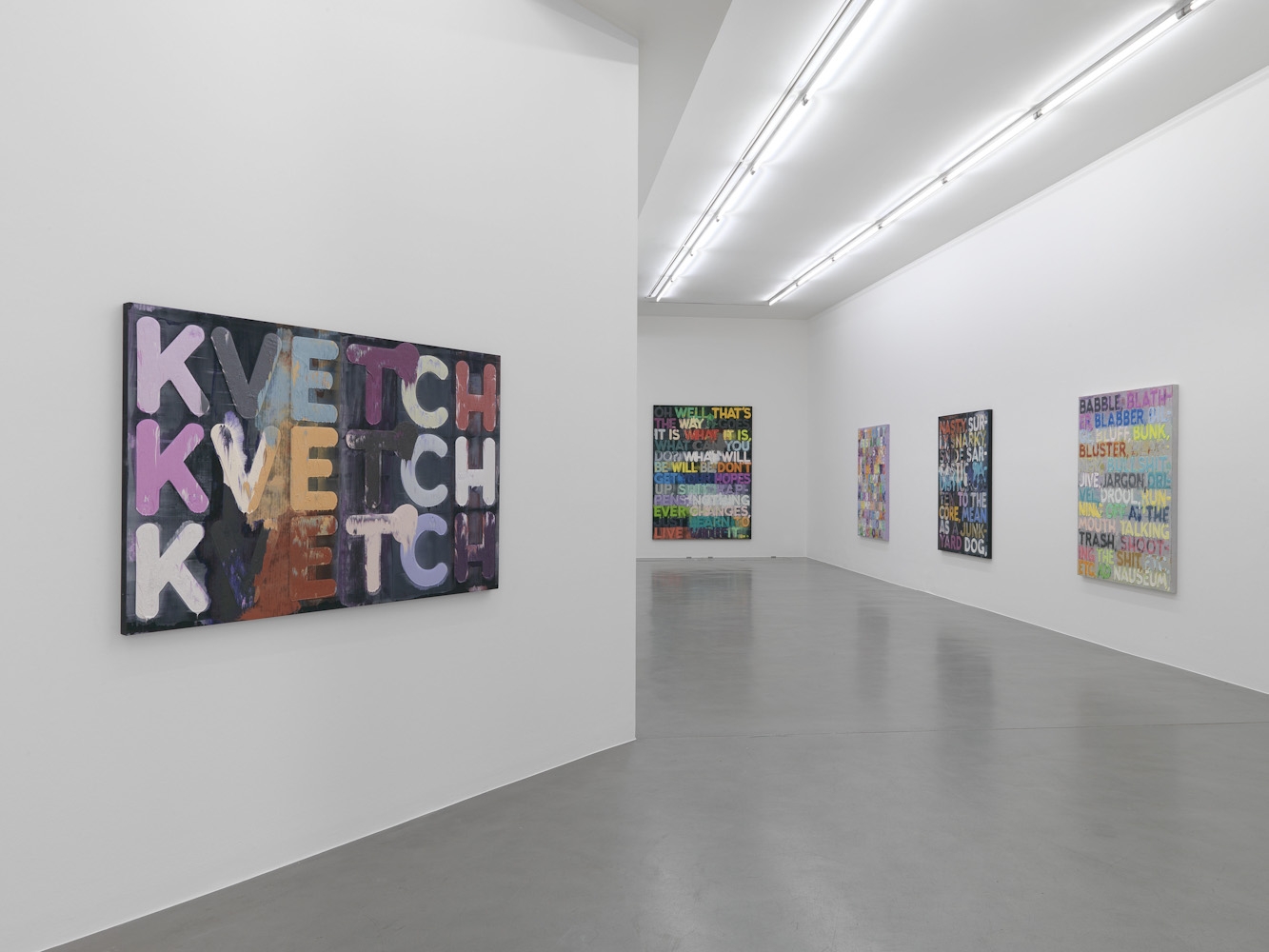 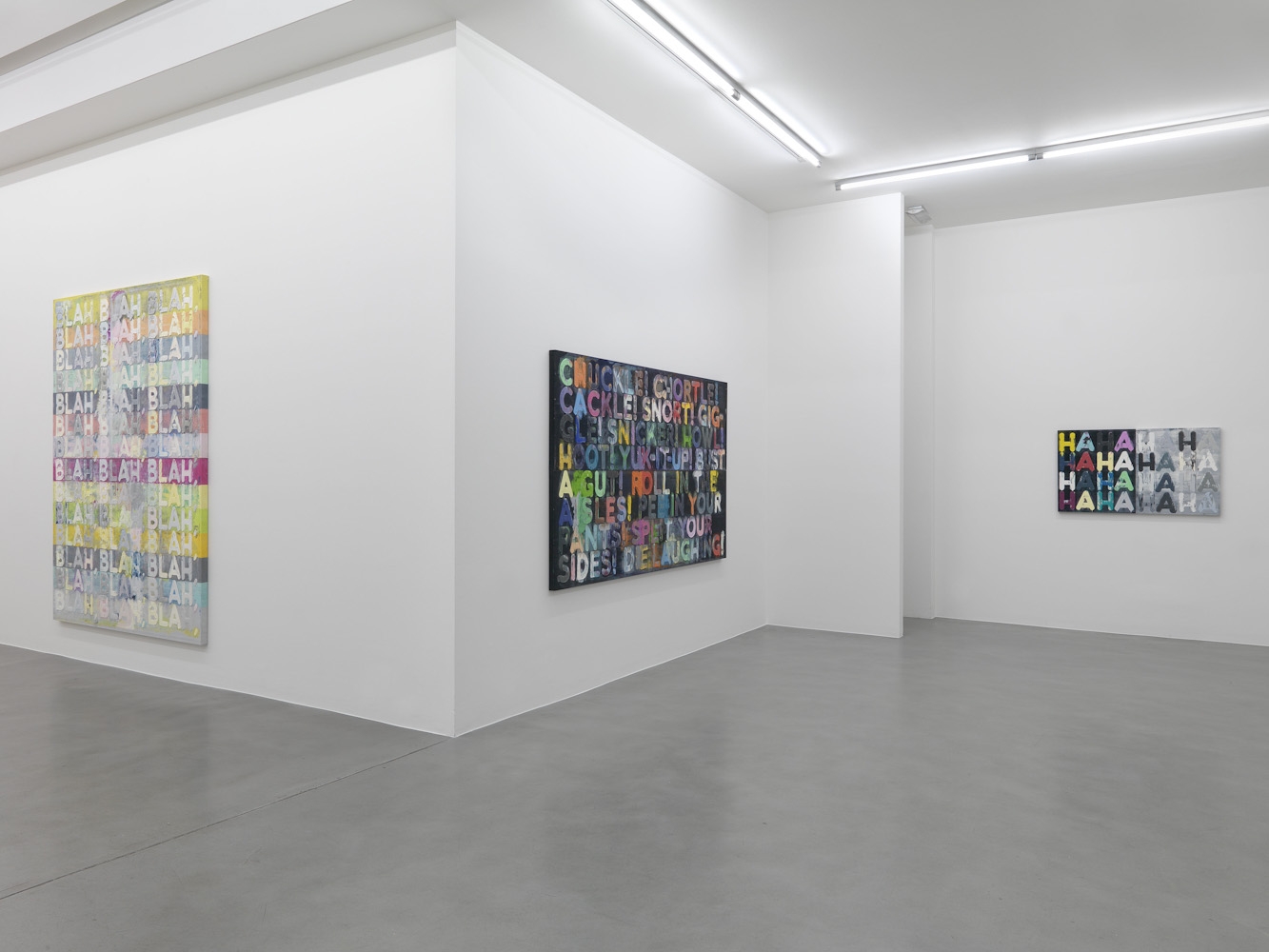 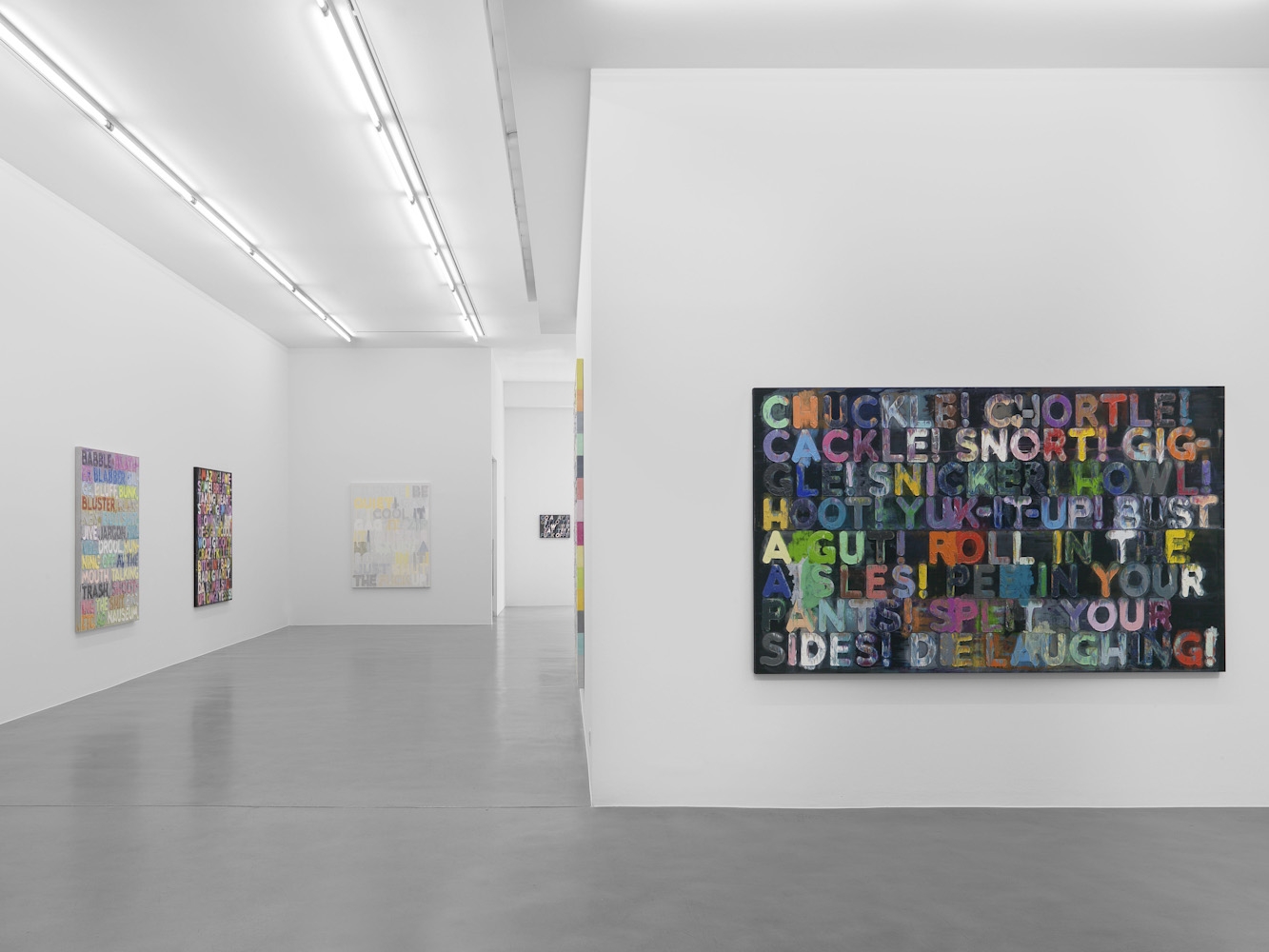 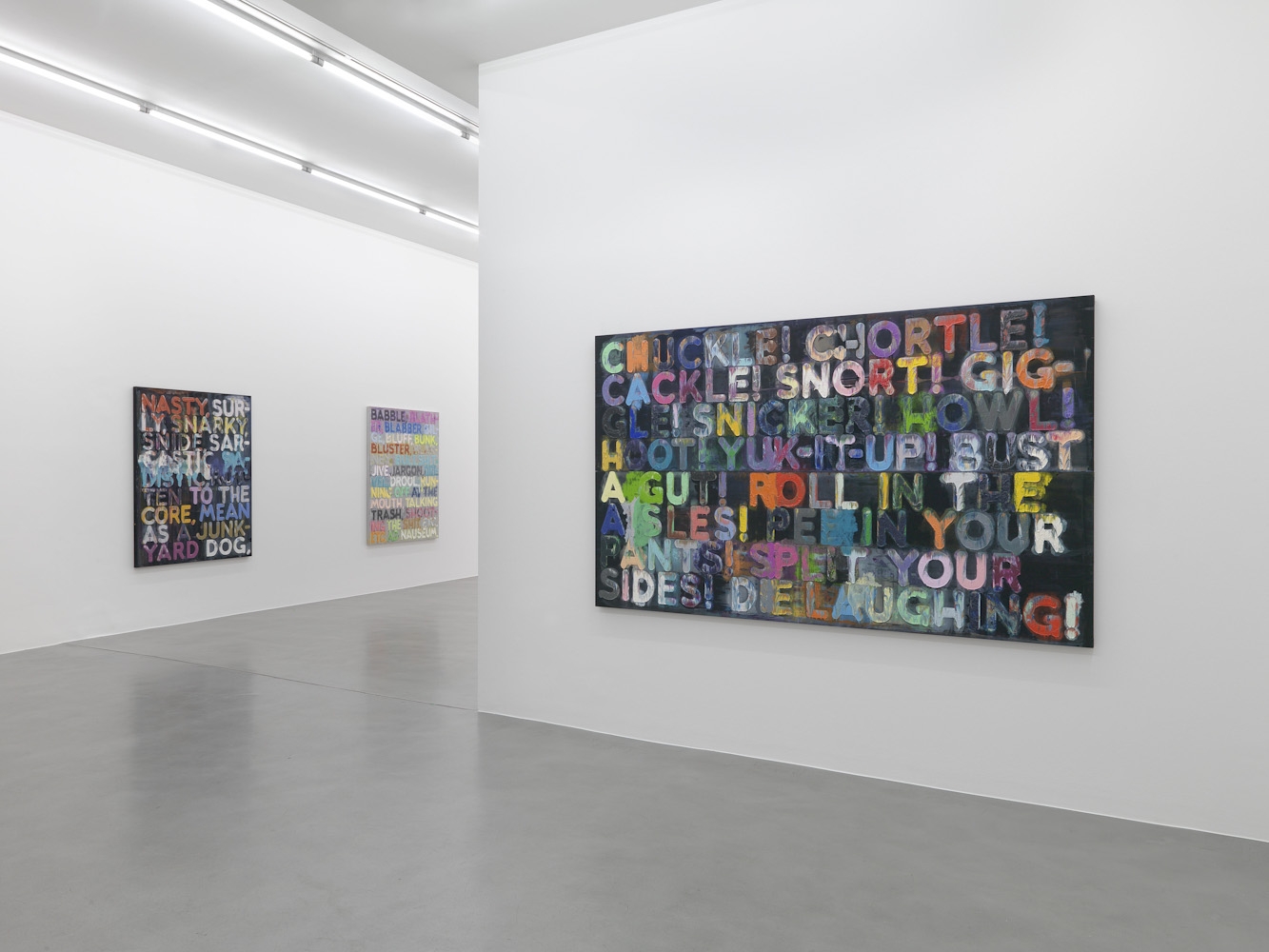 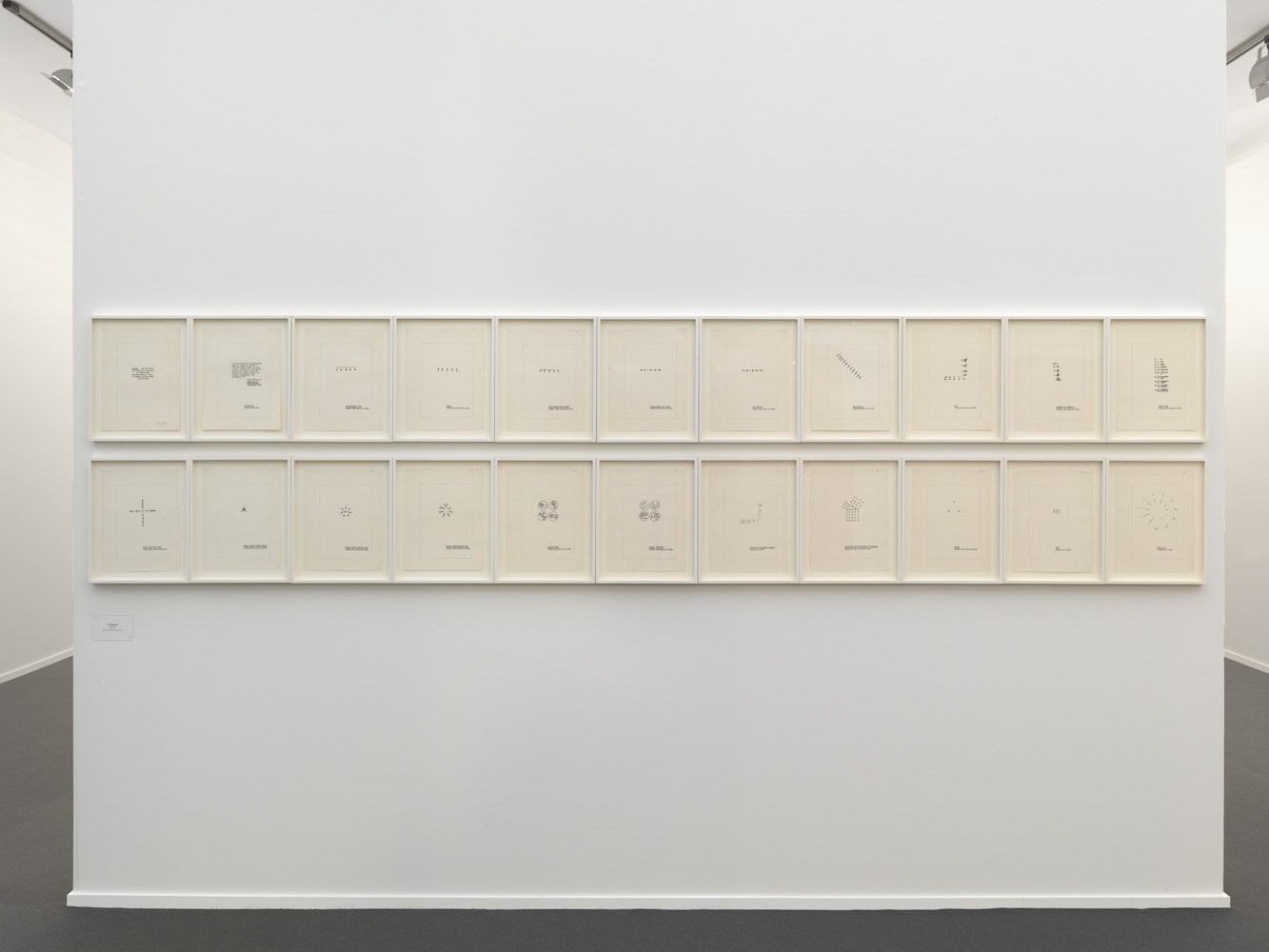 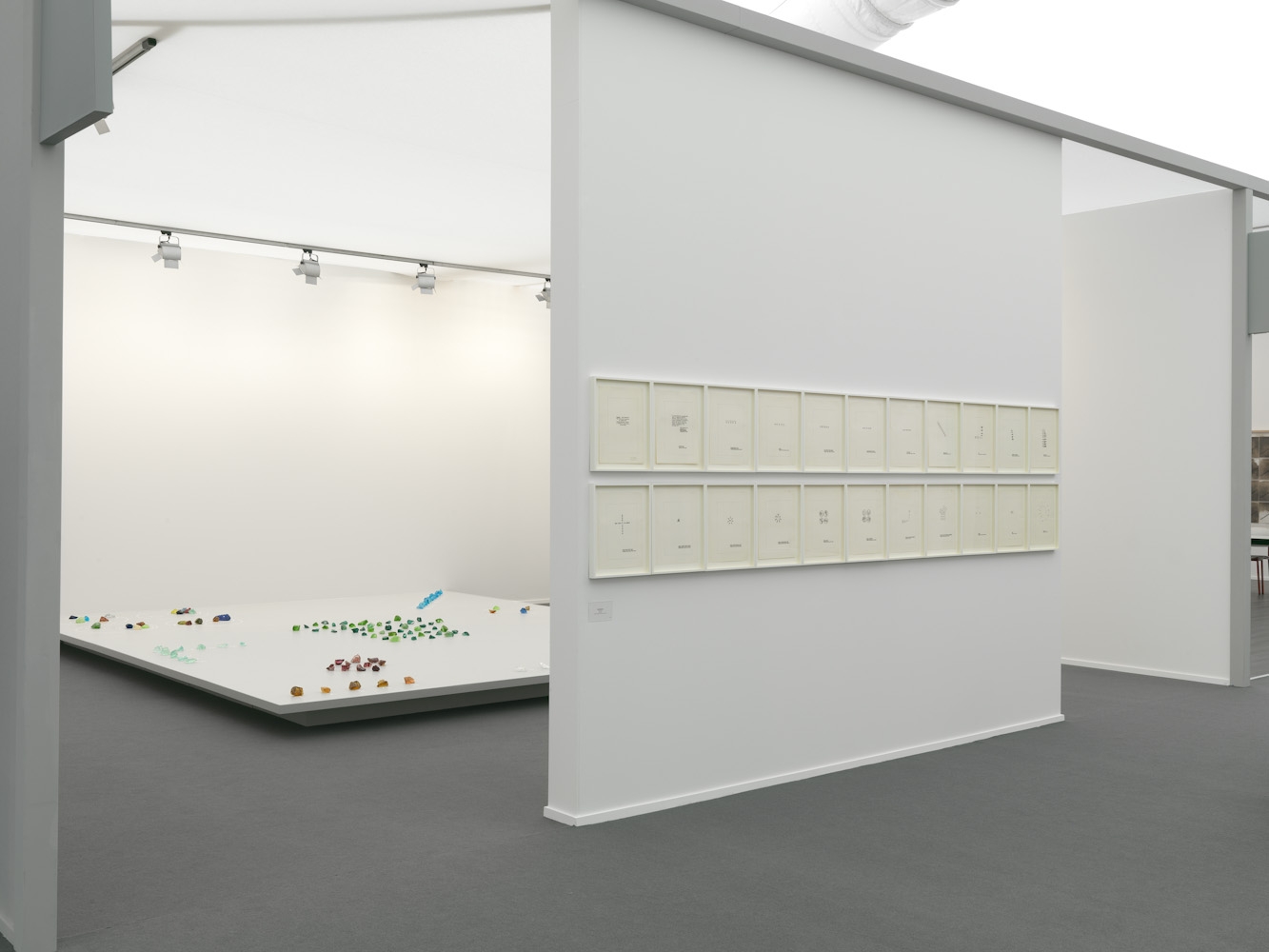 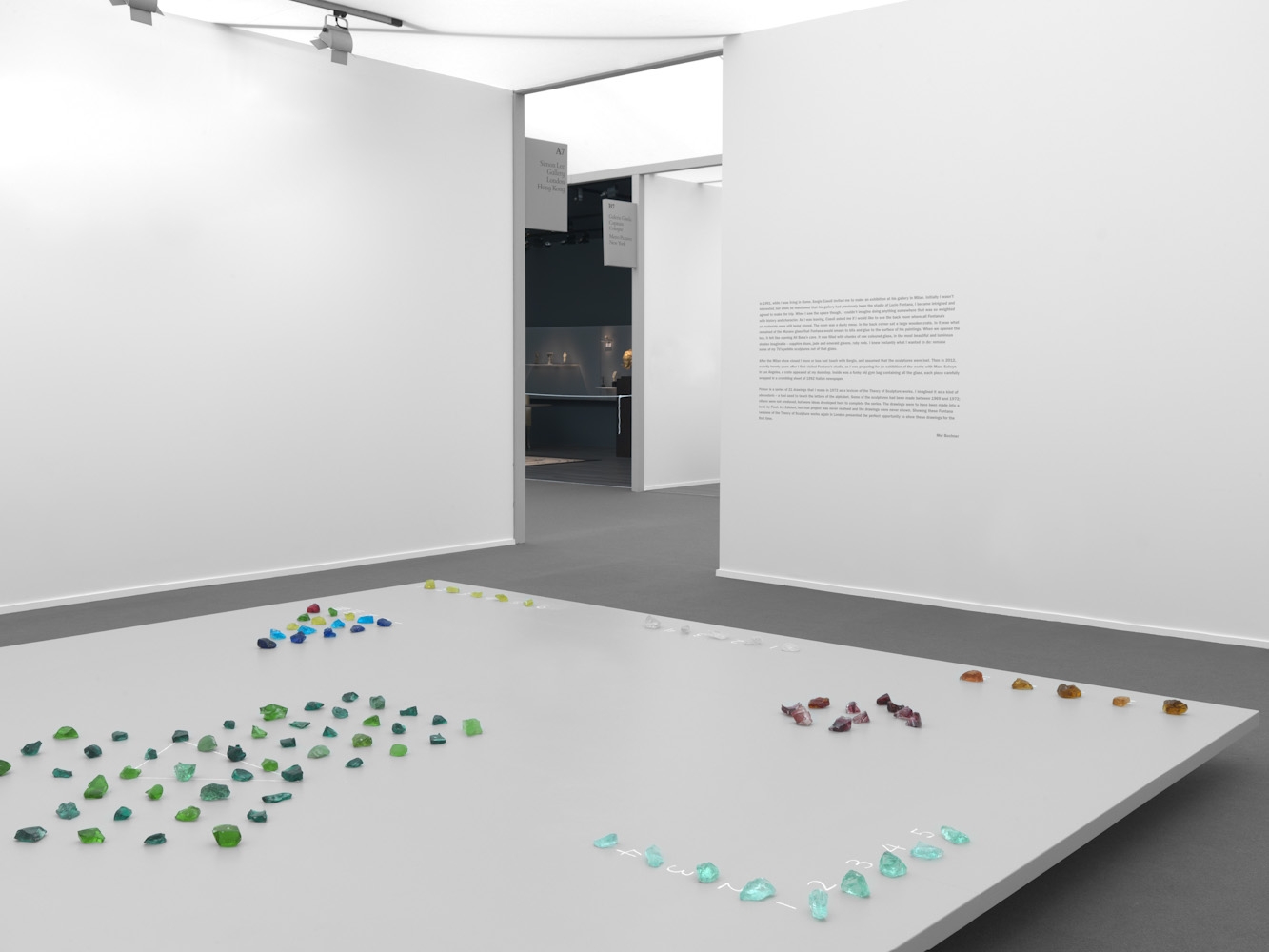 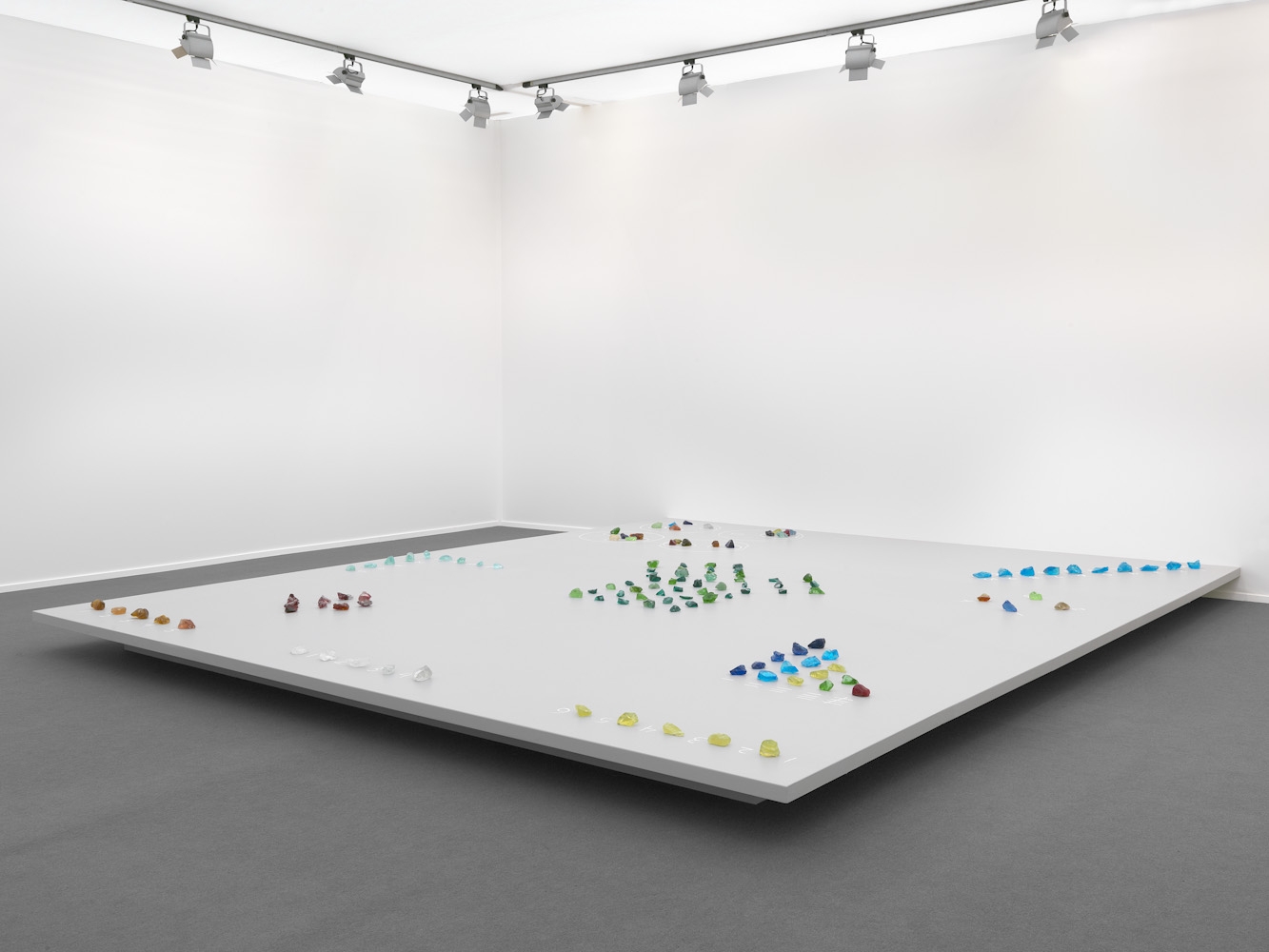 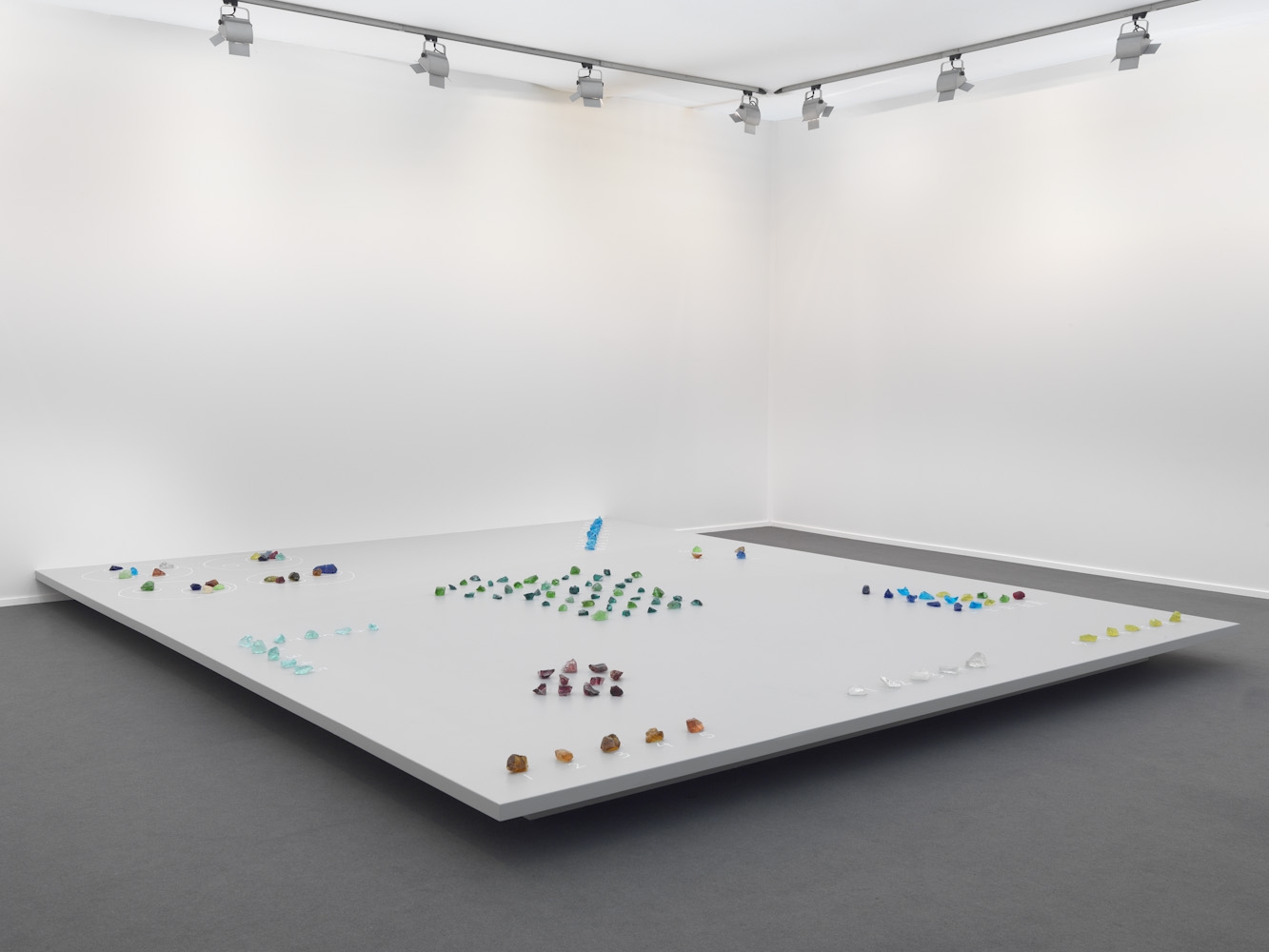 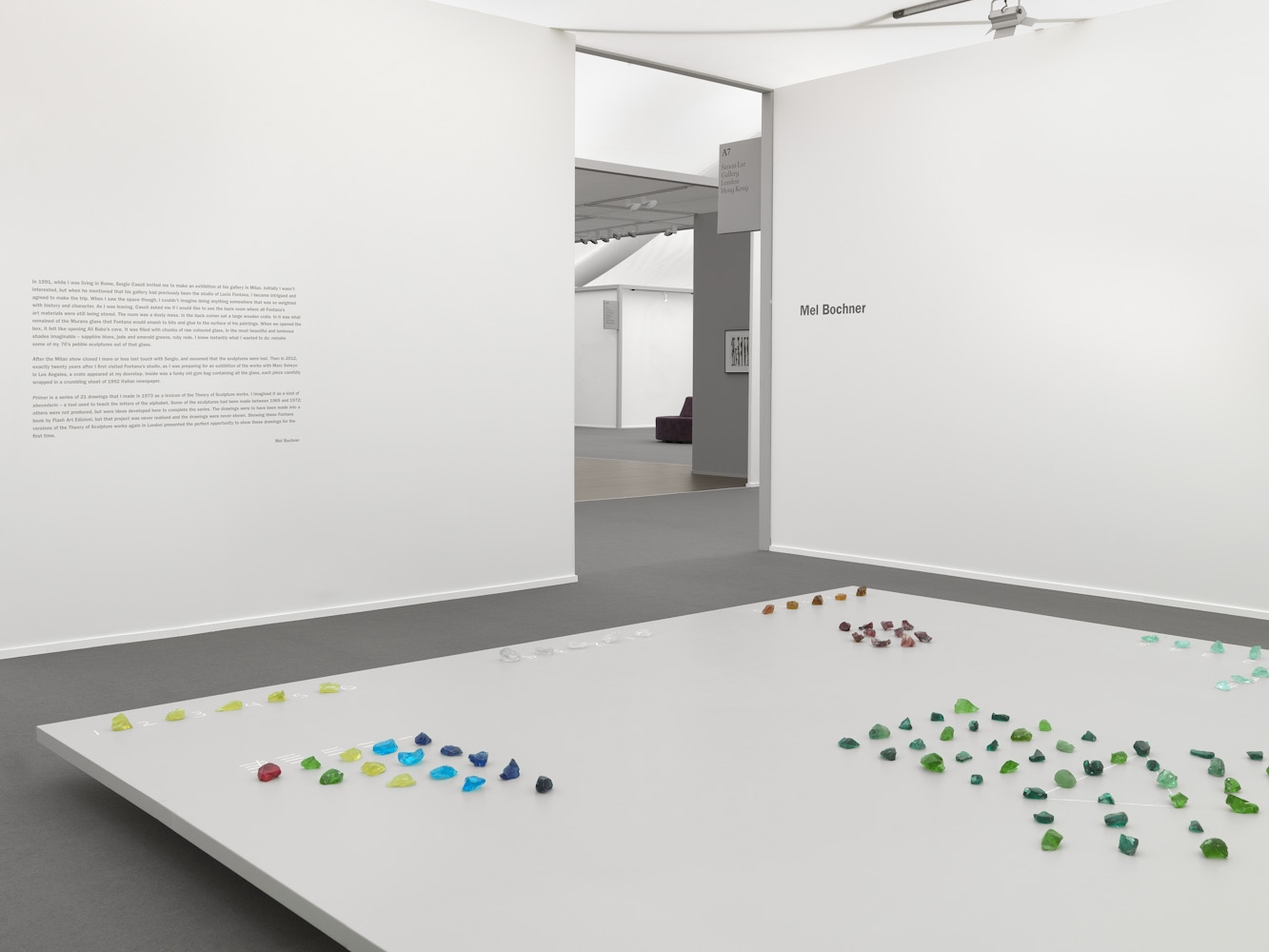 Simon Lee Gallery is proud to present an exhibition of new paintings by Mel Bochner. This is the artist’s first solo exhibition with the Gallery, and the first presentation of his paintings in London since the critically acclaimed exhibition Mel Bochner: If the Color Changes at The Whitechapel Gallery in 2012.


“I began making paintings on velvet in 2005. The initial impulse came from a book on incunabula (printing before the invention of movable type). In most cases these books and broadsheets were woodblocks printed on paper, but a few were printed on cloth. That gave me the idea of trying to print directly on various kinds of unprimed textiles—linen, cotton, silk, etc. Unfortunately, without primer, paint was absorbed into their porous surfaces. Velvet, much to my surprise, was the only material that kept the paint up. And while it wasn’t my intention, the kitschy aura of paintings-on-velvet (Elvis!) was an unexpected but not unwelcome bonus.

Since Jackson Pollock, one of the directions painting has taken has been to exploit the expressiveness of paint itself. But while Pollock proclaimed “no chaos, damn it!” it is the surrender of control that frees the paint to express its paintness. In the velvet paintings the paint is delivered to the surface indirectly. First a computer-controlled laser engraves the text into a thick acrylic sheet, which will serve as a printing matrix. Then, letter by letter, the words are hand-filled with pure oil paint, sometimes up to a pound per letter. Finally, the velvet is laid face down on the plate, placed in a hydraulic press, and subjected to 750 tons of vertical pressure. With so many uncontrollable variables (temperature, humidity, viscosity, and pressure) there is no predicting what the paint will do. The paint’s chemistry, its “fluids and ground-up stones,” determines, beyond any dictates of good or bad taste, what the final painting will look like. Under pressure the paint, with nothing to prevent it, bleeds freely into weirdly marbleized puddles. The more viscous colors spurt out of the letters, while the densely pigmented ones emerge in wrinkled globs. The random smudging and smearing render some words unreadable, obliterate others, and further estrange them from any “necessary and sufficient” meaning. When the velvet is pulled off the plate, the result is always a surprise, sometimes a jolt.”